Police chief says defunding police could be effective, but not 'reasonable' for Sacramento

Police Chief Daniel Hahn expressed understanding for the frustration of demonstrators, but opposed calls for defunding of his department. 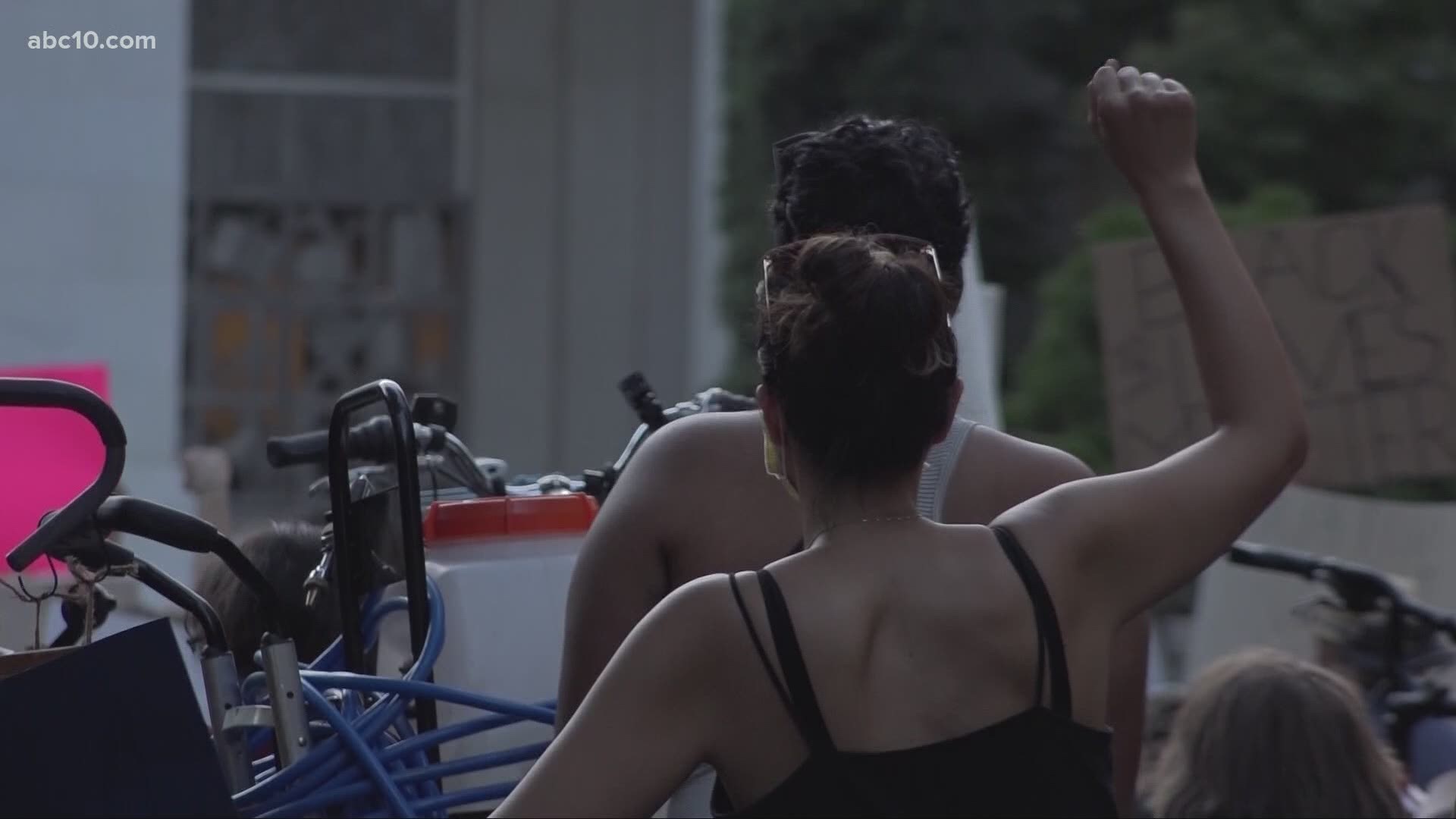 SACRAMENTO, Calif. — Most people who run organizations don't embrace calls for cutting their own budgets, so it's not a shock that Sacramento Police Chief Daniel Hahn resisted the idea of cutting funding to his department.

But he did express understanding for people who want to target police budgets, including his own.

"They feel like there's not enough change or any change," Hahn said in an interview Tuesday with ABC10. "I understand the frustration and the anger."

Hahn even hinted that the idea of cuts to police funding could be effective in some places, something he said "depends on the community that you're in."

"I don't think that is something, in my opinion, that is reasonable for the city of Sacramento," Hahn said, citing figures that the department's officers responds in-person to over 480 calls a day and handled nearly four times as many calls for help.

"Who's going to handle all that," the chief asked.

Hahn did signal his support for a focus on trying to get police out of the role of responding to mental health issues, which he says are behind a substantial number of police use-of-force cases.

The chief said officers shouldn't respond to nonviolent mental health calls, but rather that the city should create a program that allows mental health professionals to be dispatched instead.

"Even when there is violence potentially involved, once our officers get that situation calmed down to where nobody's unsafe, we should be able to immediately hand it over to somebody that's a mental health professional," Hahn said.

The chief said police need to be open to all kinds of ideas to improve how people of color are treated.

Meanwhile, investigators are still working to track down people who looted and attacked officers during the first weekend of unrest, but the chief wasn't able to say whether these acts were motivated (as has been alleged elsewhere) out of a desire to make otherwise peaceful protests seem more dangerous.

Hahn said that his department is reviewing body camera footage of alleged abuses of force during demonstrations and hinted that the department may be able to share video in the near future.