Dawn Young was reported missing in 2005. The young mother was last seen in the Sacramento area. 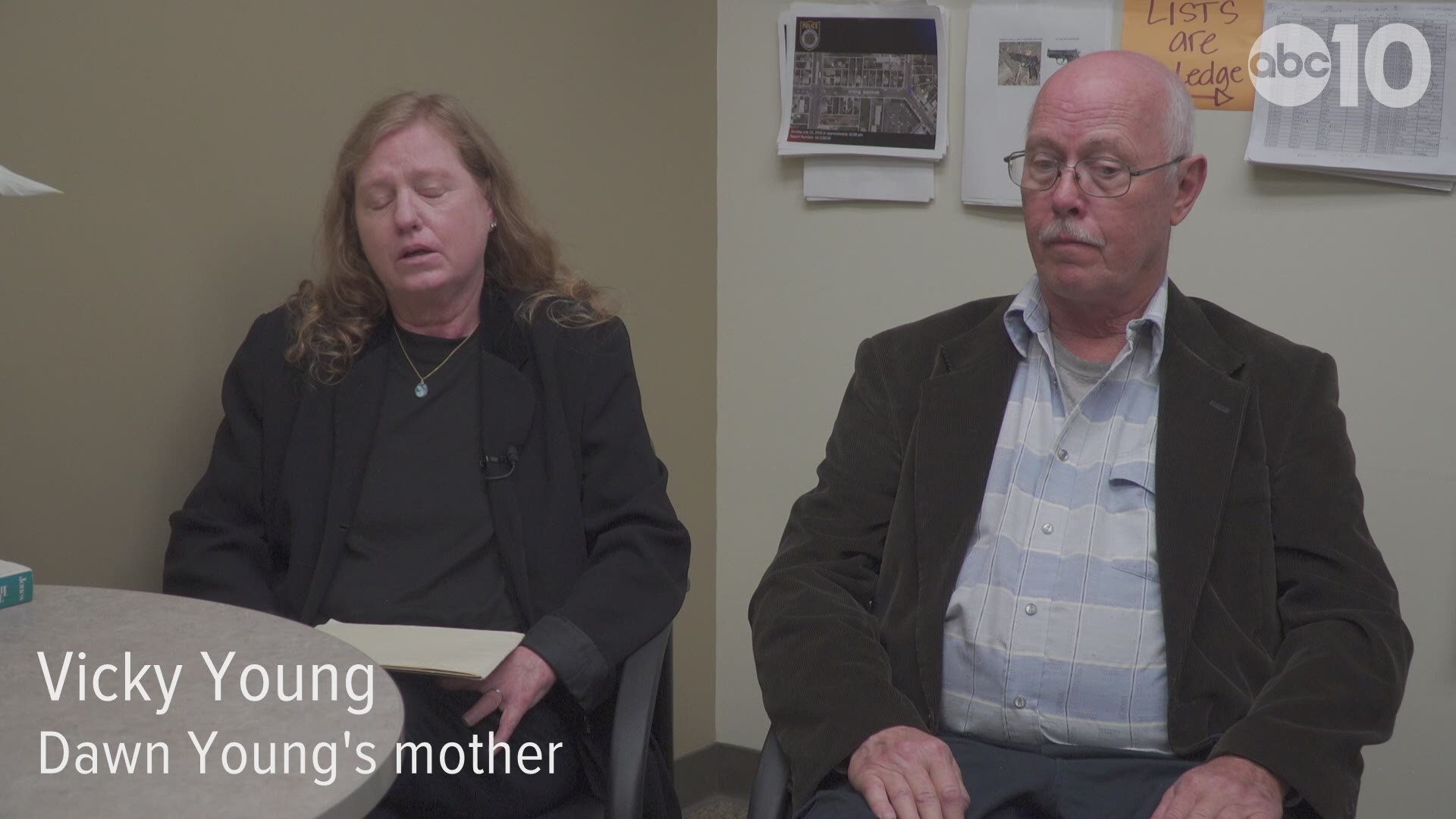 SACRAMENTO, Calif. — The Sacramento Police Department is once again investigating the case of a woman who went missing in 2005.

Dawn Young was 27 years old when she was reported missing on May 29, 2005. Amy Crosby, a missing persons detective with the Sacramento Police Department, said Dawn was last seen somewhere in the greater Sacramento area. But Crosby said there is conflicting information as to exactly where she was last seen.

"Possibly leaving her father's home in North Sacramento or even the downtown area," Crosby said. "She would frequent the Bay Area to attend raves and left without taking any identification with her as her purse was stolen previously, and she wasn't able to replace her identification before she went missing."

In the nearly 15 years since Dawn Young's disappearance, her parents, Vicky and Dan Young, have gone through a host of emotions.

Vicky described her daughter as a "light in the dark" and a doting mother.

"She was a very intelligent, witty, compassionate and caring individual. People would pour their hearts out to her and she would help them," Vicky said. "She loved Eliza, her daughter, so much... She would light up like a Christmas tree around Eliza."

Dawn became addicted to drugs after a friend introduced her to heroin, Vicky said. The family helped Dawn through a treatment center in Calistoga. Vicky said Dawn was doing well until a doctor prescribed pain killers after Dawn gave birth to her daughter.

"That triggered her compulsion to use and she started using again," Vicky said. "She kind of lived two lives, one family life and the other trying to keep her drug habit under control and to try to feed it. She was probably downtown feeding her addiction when she disappeared."

Dan said his daughter's disappearance is always lingering in the back of his mind.

"If she was well she would be contacting her daughter, her mom or me," Dan said. "Not seeing or hearing from her at all, that's kind of where my hopes are kind of dashed a little bit on this whole thing. But I'm hoping Amy Crosby can come up with something and we can trace her down."

Crosby said the lack of leads on where Dawn was last seen and not knowing who she was last with is the most challenging part of finding out what happened to the young mom.

"There is a possibility that somebody knows something that happened to her or maybe was friends with her and has some info that they may not even think is vital but ends up being important on our end that could come forward and talk to us about this case," Crosby said.

"We're not going to stop until we find something out. We're determined," Vicky said.

Anyone with information on Dawn's disappearance should contact the Sacramento Police Department at 916-433-0620.