"I can't think of anything... that is more of a game-changer, that can help us do our job that much better and do it in a much safer manner," said Police Chief Hahn. 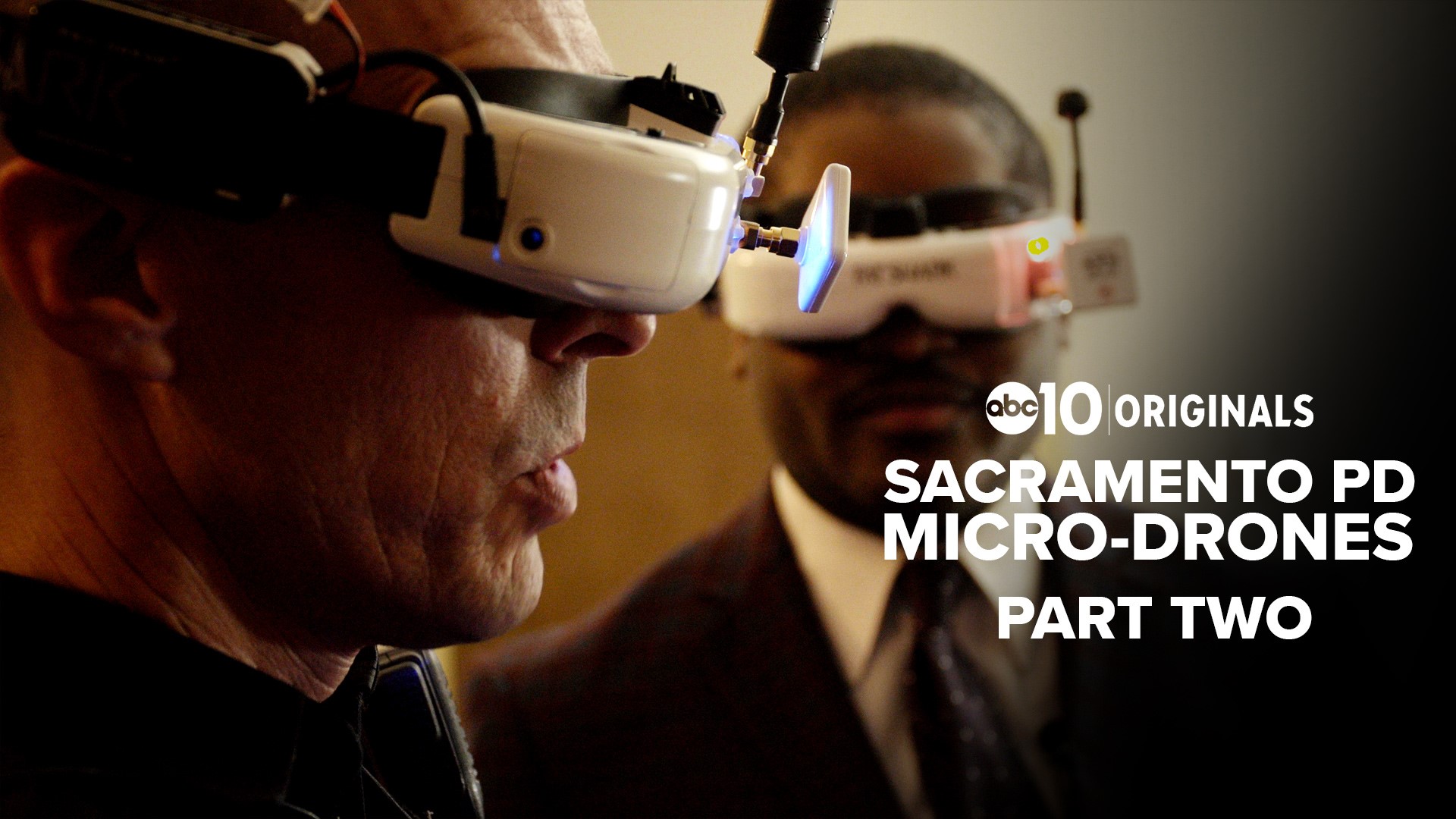 SACRAMENTO, Calif. — The Sacramento Police Department is the first department in the country using cutting edge micro-drones indoors in an effort to reduce risk during tense conflicts.

The small drones are outfitted with cameras, and they give Sacramento police a real time view of crime scenes like never before. The drones also allow police to avoid physical confrontations with suspects.

So far, and they have saved at least one suspect's life, according to Sacramento Police Chief Daniel Hahn.

"It's a big deal. That's why we are good with putting information out about it," said Sacramento Police Chief Daniel Hahn. "I think it's important for this community to know that this technology is now soon going to be out in our patrol force to help us keep them safe and our officers safe.

READ MORE: 'There is still work to be done' | Sacramento homicides on the decline over past 5 years

Officers used the drone in October in Oak Park during a dramatic hostage situation. A stranger held eight people hostage, including a 13-year-old girl. Police say the suspect got into the home through an open garage after a short police chase.

Hostage negotiators had been on scene for 24 hours when they decided to roll out the drone. It revealed the suspect was hiding in a back bedroom, but the door was closed. The next option? The windows. Even the window’s bars couldn't keep out the micro-drone.

Once inside, the suspect was found in the attic.

"In that case, it saved a family a lot of money, and they were completely innocent victims," Hahn said. "This was in Oak Park, where they got caught up in this guy's crime spree."

These are options currently only available to the Sacramento Police Department, which are first in the country to test them out. Hahn said the 12 small drones the department has, which are about the size an adult man’s fist, cost about $90 each. 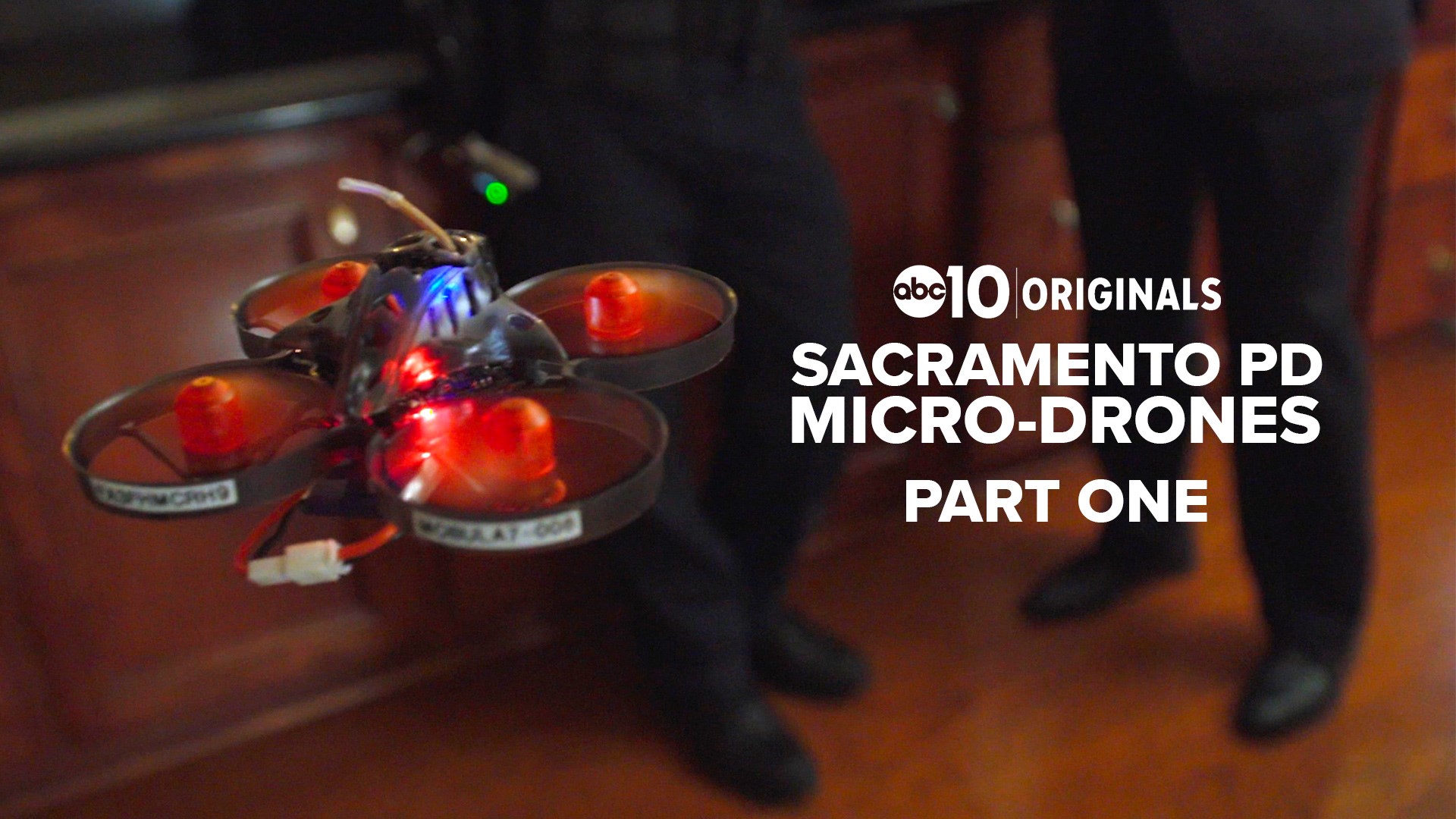 Officers who use them will wear goggles that will show real-time footage while they fly the drone. Meanwhile, incident commanders on scene will be able to watch on monitors.

"I can't think of anything, at least in the last portion of my career, that is more of a game-changer, that can help us do our job that much better and do it in a much safer manner," Hahn said.

Hahn said the drones could have helped in March 2018 when officers shot and killed Stephon Clark in his grandmother’s Meadowview backyard. Sacramento Police officers were responding to reports of somebody breaking car windows in the area.

Officer chased Clark to his grandmother’s backyard. Officers said they believed Clark was walking toward them with a gun in his hand. Clark was shot eight times. He was unarmed.

"I guess it might have, but it also might have not, because every case is different," Hahn said of using drones in the Clark shooting. "We want to hold people accountable, but we want everybody to be able to be healthy at the end of that. Both of our officers to go home and for that suspect to face his day in court."

Still, privacy questions remain, as they often do any time drones are used during an incident that involves going inside of a home.

Officer John Azevedo, the self-proclaimed drone nerd at the Sacramento Police Department, is outfitting the army of micro-drones with lights and cameras. Azevedo insists that the department is not Big Brother and won’t be using the drones to surveil Sacramento residents.

"If we have a legal right as an officer, or officers, to be there to look at something, whether it be inside or outside, that's where this comes into play," Azevedo said. "And if we can be there, this can be there. We can get into the tighter places. We can get into the places that the other drones can't go. It really is a game-changer from here on out."

Azevedo said Sacramento is on the forefront of a major new era in community policing. One that feels eerily similar to what science fiction movies have teased for decades.

"There is a day coming, mark my word — I think we all know it's coming — where the officer jumps out of his patrol car and is engaged in a foot pursuit of some kind," Azevedo explained. "He presses a button on his belt, or some type of equipment, and a drone pops out of the vehicle and goes with him. We are not far away from that."