The BolaWrap is a handheld device that shoots an 8-foot long Kevlar cord with barbs attached to either end to catch around a person's legs or waist. 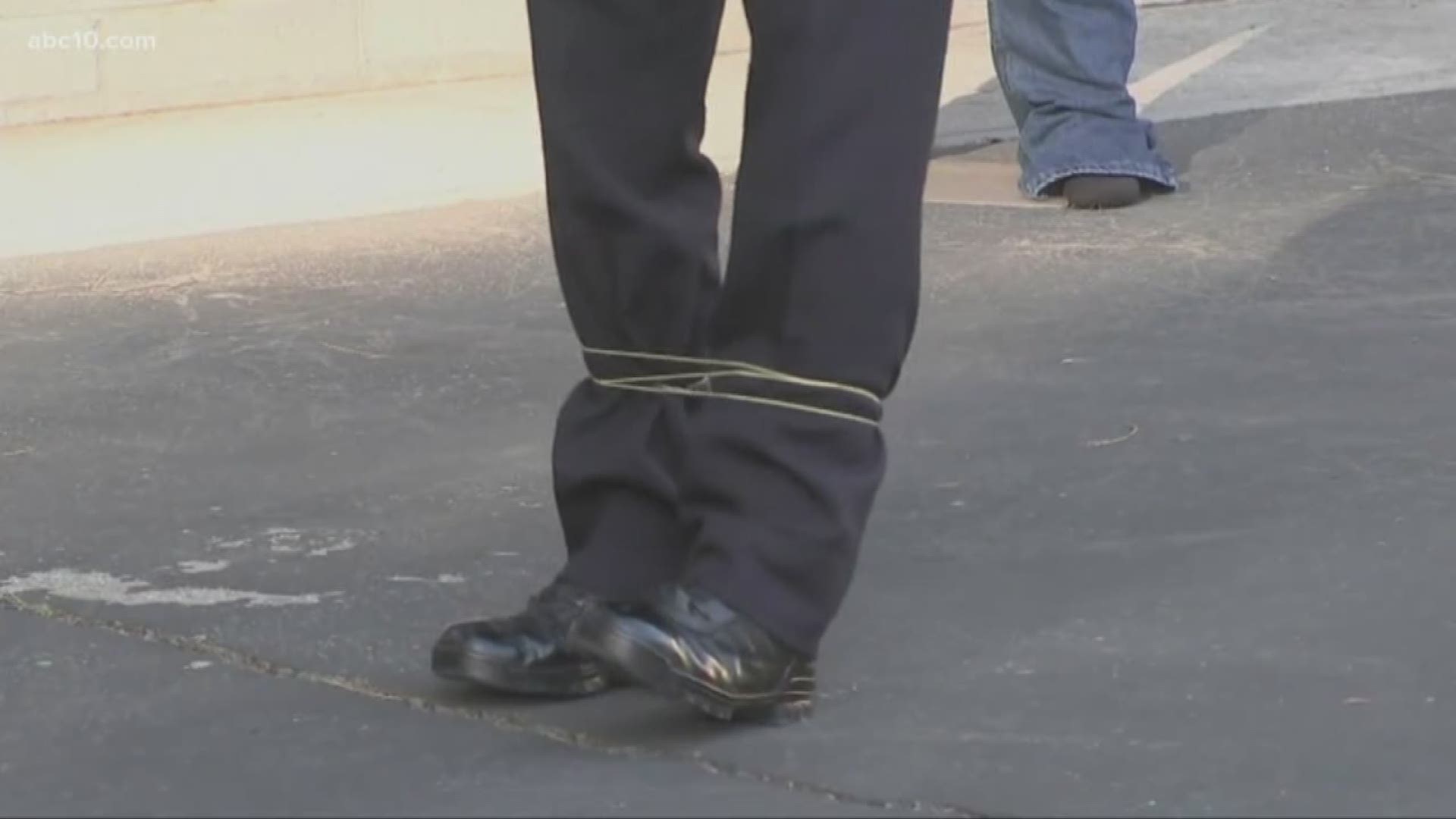 The BolaWrap is a handheld device that shoots an 8-foot long Kevlar cord with barbs attached to either end to catch around a person's legs or waist. The weapon, created by Wrap Technologies, Inc., is already being used by the Los Angeles Police Department.

"[The BolaWrap] will allow the officers to not have to resort to things such as bean bags, 40mm [sponge rounds] or, in the most perilous situations, deadly force itself," explained Los Angeles Police Chief Michel Moore.

According to a video posted by the Las Vegas-based creator of the BolaWrap, Sacramento Police Department tested out the weapon over the summer.

Sacramento police officials told ABC10 that the department will start training with the device next week, sending a test group of about 30 officers to Los Angeles.

In 2018, mental health-related calls in the Capital City reached their highest level in three years with close to 11,000 calls for service. Officials said they hope the BolaWrap could be another tool in the officers belt.

Department officials told ABC10 that the weapons could be on Sacramento streets by mid-January.