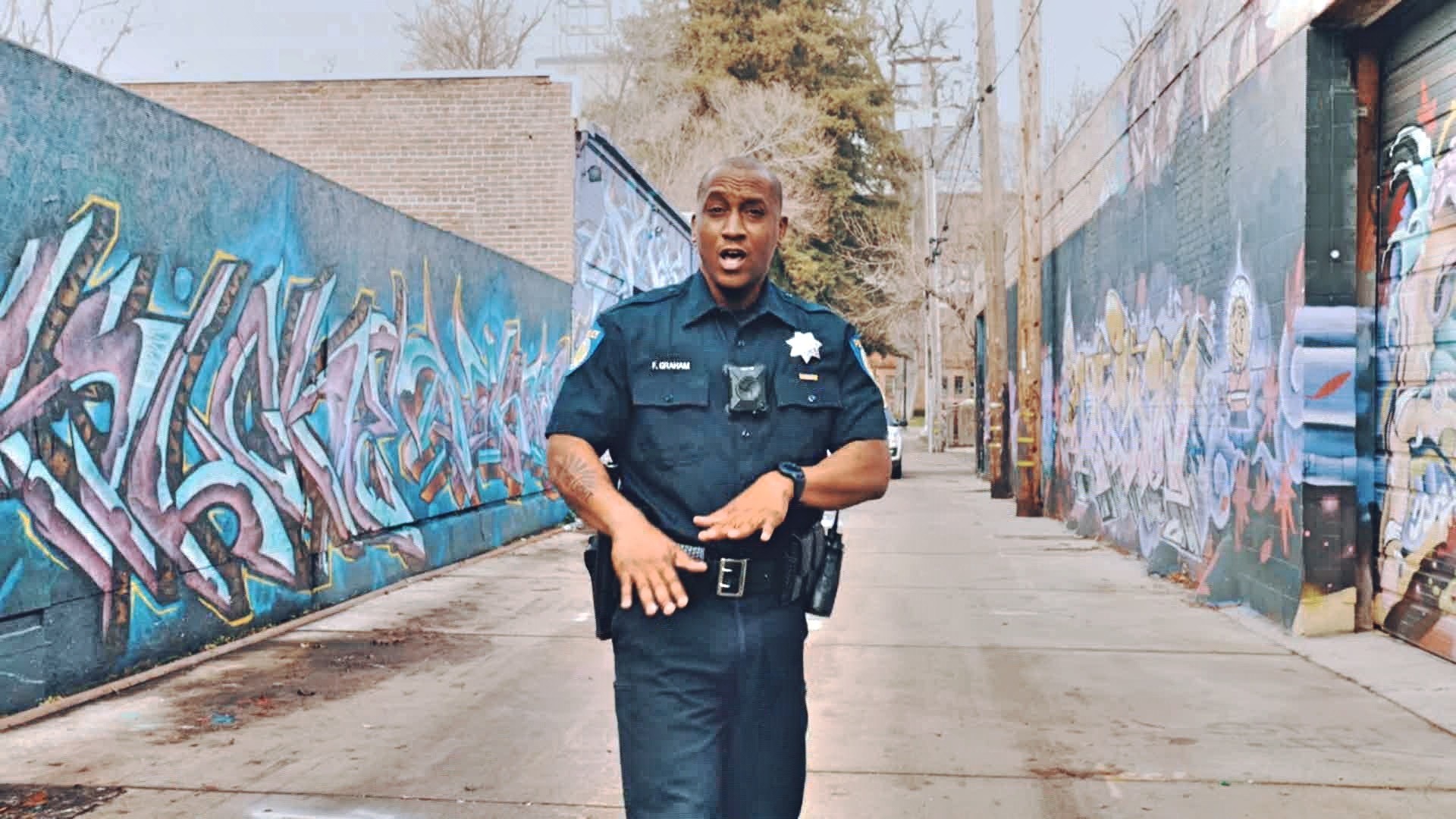 "I've never seen it before," said Graham who wrote a song to help his department tackle an officer shortage. "We've seen police departments do lip-sync battles and things of that nature, but this is something that I myself have never seen. And so what I would love to see is for young people who are coming out of college...who can do whatever they want to hopefully give law enforcement a chance."

"At one point in 2007, we had 805 police officers. Now we're authorized 730, but we actually have like 660," said Sacramento Police Chief Daniel Hahn. "We need all the officers we can get if they are good for our community."

The recruitment video got the attention of Sacramento Mayor Darrell Steinberg, who shared the video on social media saying Chief Hahn is working hard to recruit a diverse workforce that reflects the city of Sacramento.

"It's super important for your police department to reflect the diversity of the city," said Graham. "And one thing I do know is that music crosses all color lines. It crosses all economic boundaries. It's one of those amazing mediums that you can use to reach anybody."

The department is also amending its tattoo policy and accepting military credits in lieu of college credits.

"We've just come to a point where we've got to be open to some new things and I feel as if we are going to really capture some really good people," said Graham. "For me personally, being someone of hip-hop culture for so long, it was a great experience to bring my passion and my profession together."