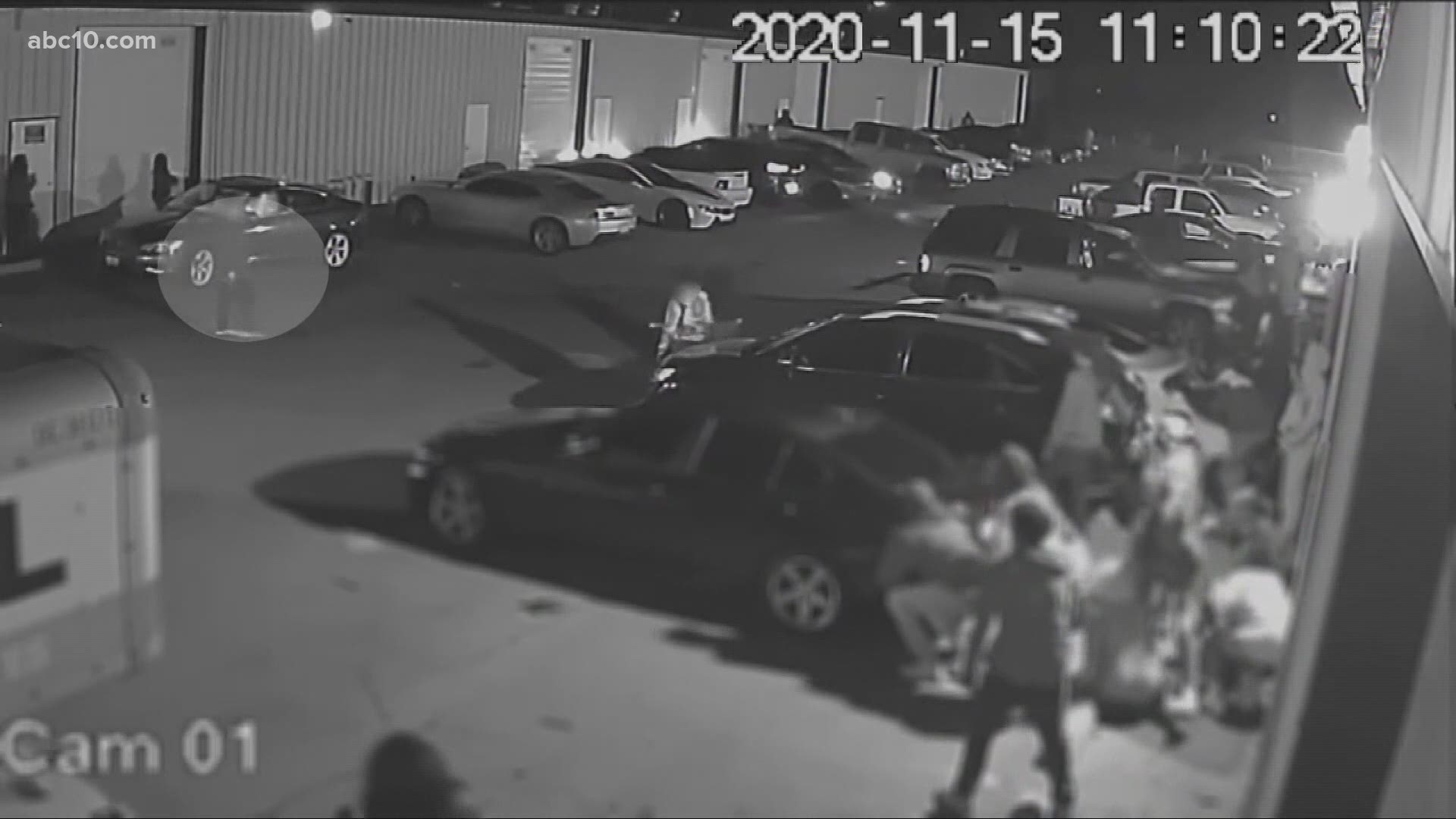 SACRAMENTO, Calif — Sacramento police released body cam and surveillance footage of a shooting by one of their sergeants that killed a man waving a gun at a Nov. 14 boxing event meant to curb gun violence.

Police said officers initially responded to reckless driving reports near the 1600 block of Juliesse Avenue in north Sacramento before they noticed a large gathering.

The bodycam footage shows a witness running toward the sergeant, telling him a man was waving a gun around. Seconds later, shots could be heard in the video when the sergeant runs towards the gunfire.

It appears the sergeant then shoots a man later identified as 38-year-old Augustine Morales multiple times. The sergeant could be heard screaming, "get down to the ground." Morales later slides his gun towards the officer after he was ordered.

Police also released surveillance footage of the incident that they said shows Morales waving the gun at the crowd as people either fled the area or hid behind cars.

Sacramento Police said one person was wounded at the warehouse, but they don't think the person was shot by the SPD sergeant who shot Morales.

Police said that the shooter hasn't been identified. In Tuesday's news release, Sacramento Police didn't say if Morales fired any shots during the incident.

“They got the wrong man," Marysa Morales, the sister of Augustine told ABC10. "There’s somebody still out there on the loose that actually shot.”

Morale's mother told ABC10 that she believes her son stayed behind to protect people at the event.

"Because he would definitely be a protector," Roxanne Morales said. "That's is natural instinct."

“The department is grateful that our sergeant was on scene when the shots were fired,” Sacramento Police Chief Daniel Hahn said in a statement. “He ran towards these shots and likely saved numerous lives by confronting an armed suspect.”

Attorney Stewart Katz reviewed the video and said the officer should have identified himself and warned Morales before shooting.

“I don’t think Mr. Morales was a suspect," Katz said. "I don’t think he was involved. The only involvement he had in the shooting was getting shot.”

Morales’ family is calling for changes in police training and response.

“We need accountability and they need to take responsibility when they take a life," said Morale. "None of us can just walk up to somebody behind them and shoot them in the back and it be OK.”