John Azevedo, the self-proclaimed drone nerd at the Sacramento Police Department, shared how the RC cars will help officers during chases. 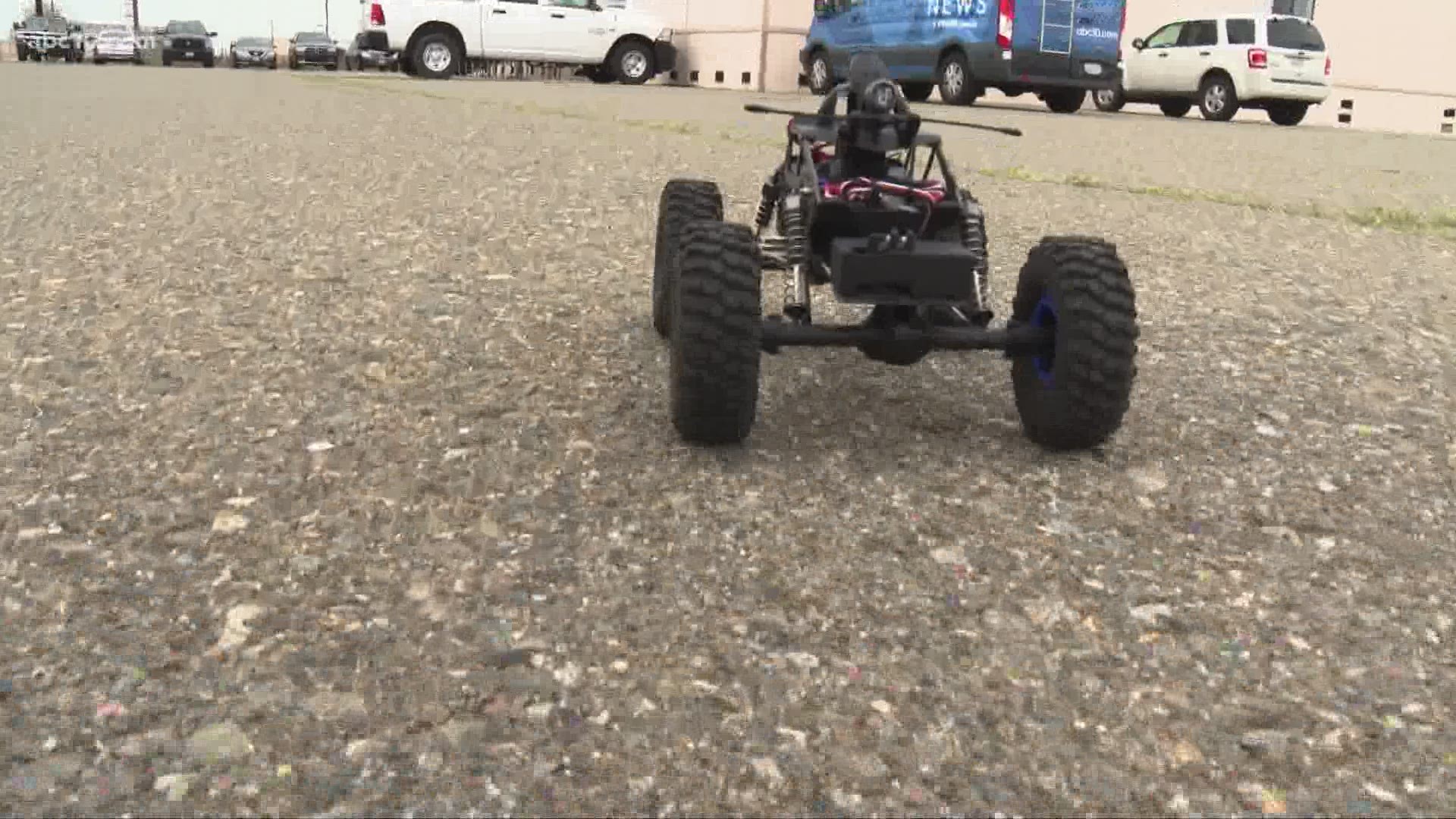 SACRAMENTO, Calif. — Remote-controlled electric toy-sized cars outfitted with cameras are coming to a neighborhood near you. The ground vehicles are meant to give Sacramento police a real-time view of crime scenes while at the same time allowing officers to avoid physical confrontations with suspects.

John Azevedo is the self-proclaimed drone nerd at the Sacramento Police Department. Azevedo showed ABC10 how he was outfitting an army of so-called micro-drones with lights and cameras. He’s now working on an option that is less challenging than the drones.

"It’s something that could possibly be in the trunk of patrol cars at some point where every patrol team in the Sacramento Police department has one in their vehicle,” Acevedo said.

The new ground vehicles can even have items like stop sticks attached to help during police chases.

“We don’t want that pursuit to continue," Acevedo said. "What we can do without breaking our cover and concealment is deliver that stop stick or multiple stop sticks under the suspect’s tires before he has the chance to take off again.”

Acevedo is preparing to roll the new ground vehicles out in the field for testing. Each car costs less than $500. He insists Sacramento is at the forefront of a major new era in community policing.