In downtown Sacramento on Thursday, several different groups with different styles of protest hosted demonstrations throughout the evening. 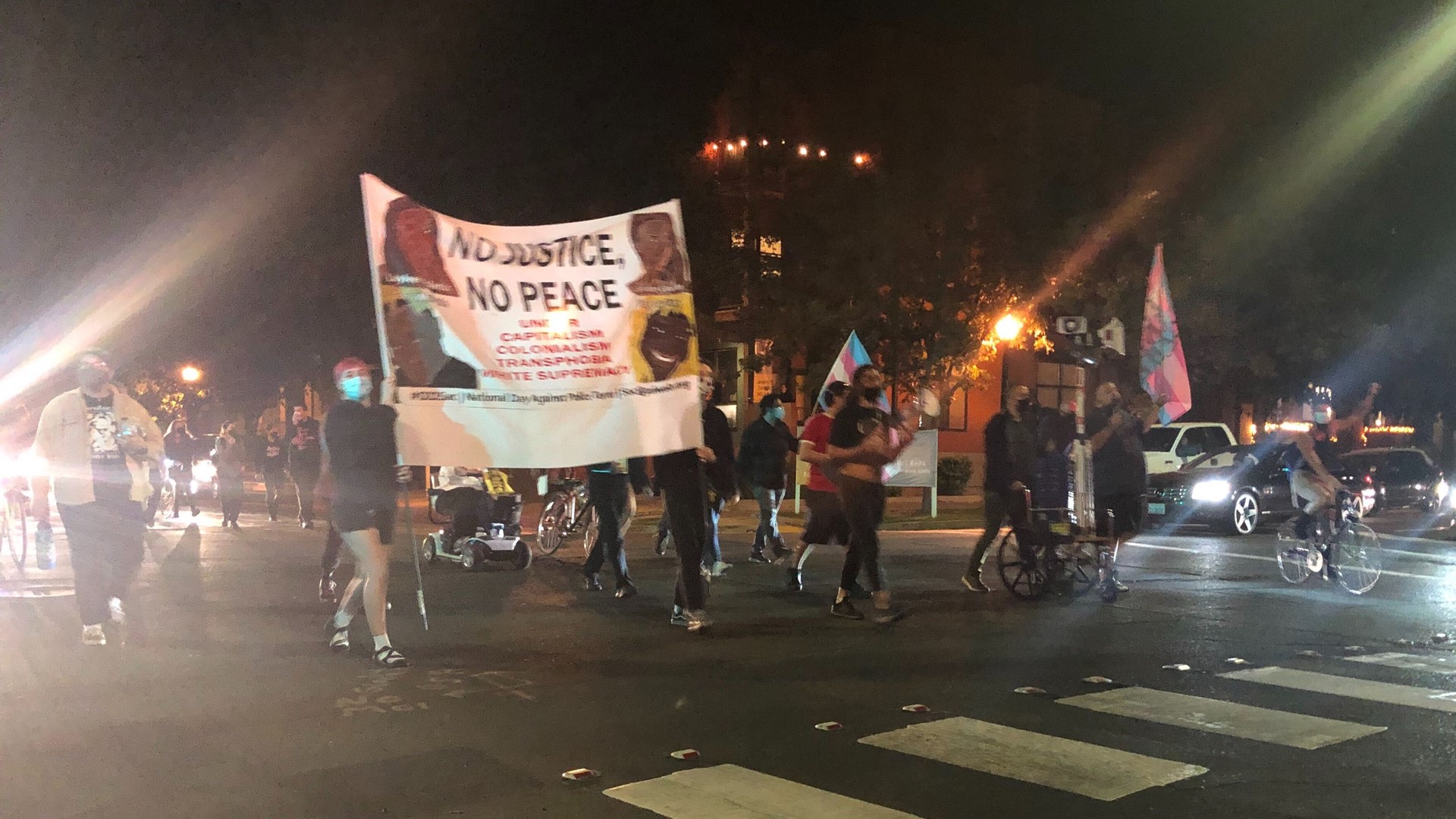 SACRAMENTO, Calif. — The first National Day of Protest to Stop Police Brutality took place 25 years ago. Protesters say their message is taking on more urgency as the country reckons with social justice in 2020.

Though social justice protesters have taken to the streets in large numbers since the killing of George Floyd nearly five months ago, this annual fight to end police brutality started decades ago.

“It’s embedded. It’s a system that was never designed to protect us to begin with,” said Empact founder, Leia Schenck.

October 22 has marked a National Day of Protest since 1996.

Some protesters put the spotlight on trans lives. But many organizers said their calls to demilitarize police and end to police terror against marginalized communities have only gotten louder amid the pandemic with high profile police killings of black people like George Floyd and Breonna Taylor.

In downtown Sacramento on Thursday, several different groups with different styles of protest hosted demonstrations throughout the evening.

Many protesters said they will continue their call to defund police — taking money from police budgets and putting it instead toward health care, education, and other community programs.

“That’s a lot more useful than giving tanks and bearcats and M-16s to the police,” said Steven Sander with the Party for Socialism and Liberation Sacramento.

This call to action took place in cities across the U.S.

Several events today in Sacramento for the 25th national anti police terror day of action. Protestors calling for demilitarization if police, end of police brutality, and to divest funds from police to other community services. pic.twitter.com/YIzPp4je0s