A love-hate relationship with Sacramento: Local rapper explains the meaning behind his song 'Dear Sacramento'

Rapper and songwriter Darrion describes what it was like growing up in Sacramento and why he hates the city that he loves. 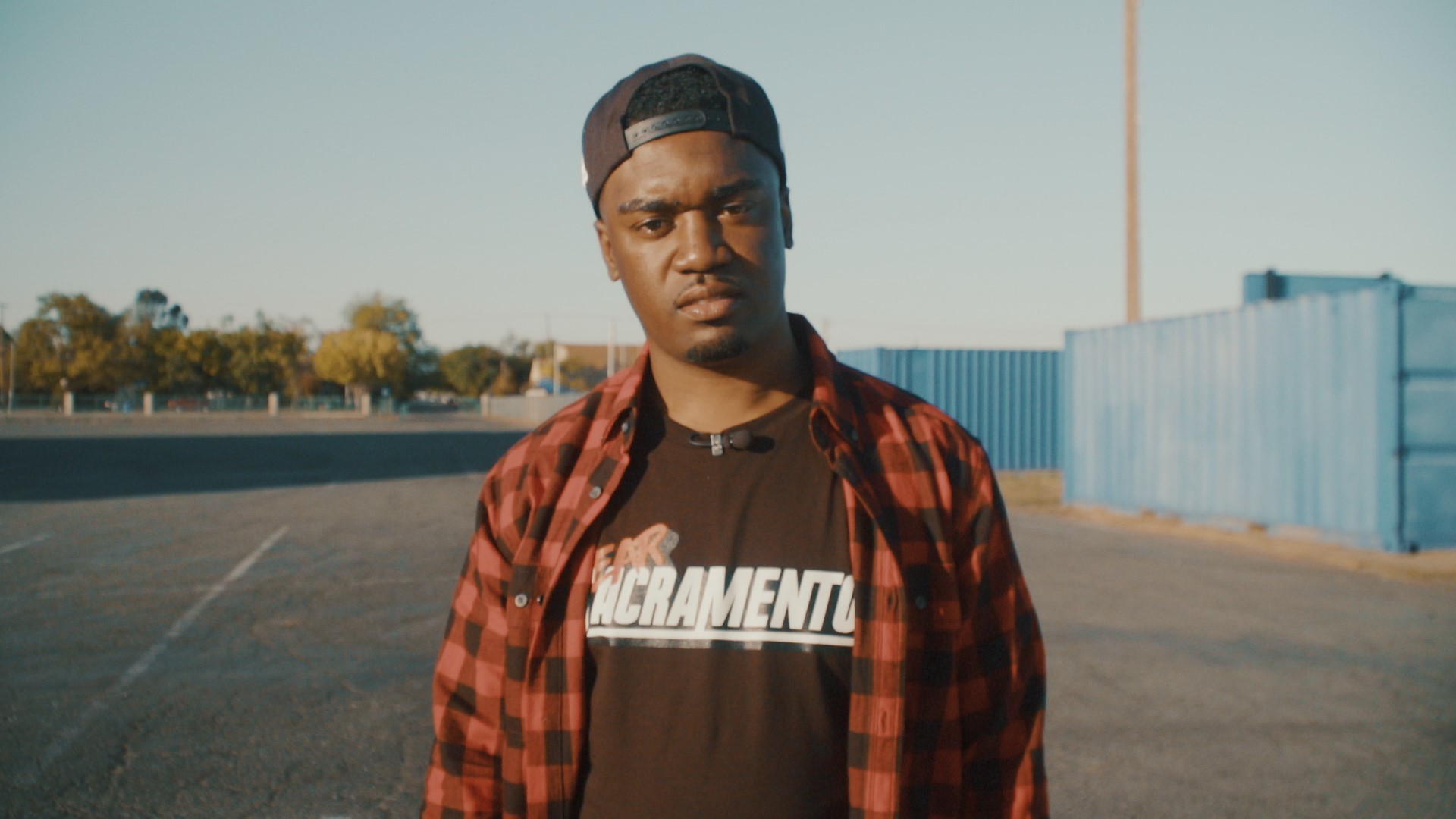 SACRAMENTO, Calif. — Decked out in a BMW tracksuit, with a car to match, Darrion looks young, but if you hear him speak, it’s clear he’s an old soul. The Sacramento rapper recently took the "Lil" out of his stage name to prove this point.

"I'm grown,” the rapper explained. “Eventually, I'll be too old to be Lil Darrion, so I changed it.”

Darrion grew up in Del Paso Heights, surrounded by drug dealing, gangs and violence. And where he realized his love for poetry.

"Poetry just opened up a gate for me, to walk through and, like, express myself," Darrion said.

Ask him about his music, and you're asking about his life. You’re asking who he is.

"I write a lot about the stuff I've seen, and the stuff I dealt with,” Darrion said. “Like my father being out of the house, seeing family members pass away or go to jail for life, and you know, having friends that you're losing and stuff that happens in the streets."

He isn't one to sugar coat his story.

"Because it's like, I can't write about having a good life and all of this stuff that's not happening around me. It wouldn't even feel right. It's what I'm seeing, so I'm basically just venting about it," Darrion said.

In the last eight years, the 25-year-old rapper has released six mix tapes on Soundcloud and over 30 videos on YouTube, several of which have hit over 200,000 views. His latest single, "Dear Sacramento," has already racked up over 100,000 views the week it was released.

The song, he says, is a product of his complicated relationship with the City of Trees.

"’Dear Sacramento’ is about my love-hate relationship with the city, you know, the good, the bad, and everything that I have put into that song is basically about how my life was and where I am today," Darrion said.

His love for the city comes from his loyalty to his community.

"I love it because it's home, you know what I mean. The people are out here, this is basically all I know. I've never lived nowhere else but Sacramento," Darrion said.

But feeling trapped in the city he calls home offers a different perspective.

"I hate it because I feel like sometimes I feel boxed in, you know what I mean? I want to explore the rest of the world, but I may not have the tools to do so," Darrion said.

His words flow together into a story that's more common than he thought. "Waking up to gunshots is my alarm clock, had to duck for cover and a dome shot, asking God, 'Why? When's it gonna stop?'" Darrion raps in his song.

"What you're going through, you may feel like no one else is going through and for me to figure it out that I'm not alone in that, it just made me feel better," Darrion said.

He's talking about the hundreds of comments he’s received since posting "Dear Sacramento" on YouTube. They’re comments from people all over the country who share similar experiences in their lives.

"People relate to it because they're going through the same thing, you know? It's crazy. It's a big, small world," Darrion said.

Now, he hopes to inspire others with his words and to keep his momentum going.

"I just want to keep working and keep doing music and keep inspiring,” Darrion said. “And though I'm not there all the way for myself, the help I give through my music is just enough for me. I wouldn't care if it were one person.”