Why now? City officials say because the e-scooters and bikes were new, they needed time to discuss before issuing citations. 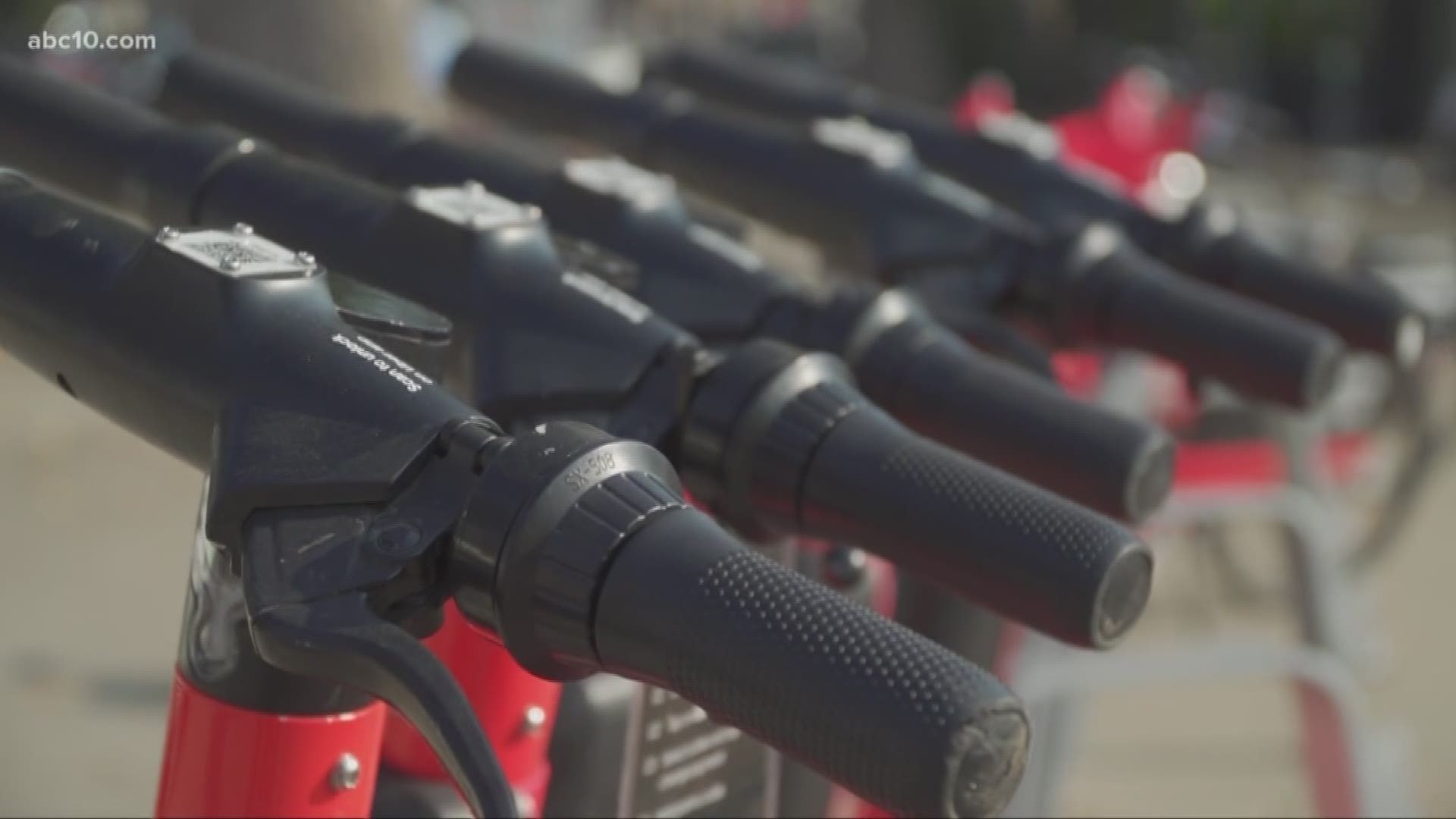 SACRAMENTO, Calif. — Heads up to anyone riding electric scooters or bikes on Sacramento sidewalks: Do it and you could be fined $207.

But that's not all. The city is also fining anyone for parking scooters and bikes in the wrong place. If you’re caught leaving them in the middle of a sidewalk or a place that obstructs curbs or ramps, a ticket could set you back $27.50.

"Now we've now moved into an enforcement stage to where we will be issuing citations to violations we see," explained officer Karl Chan with the Sacramento Police Department.

"Basically our e-scooters are considered motorized vehicles and they cannot be on the sidewalk and have to be ridden in the bike lane or a lane of traffic closest to the side of the street," said Chan. "Bicycles can be ridden on the sidewalk. There is no city code that prohibits bikes from being on the sidewalk."

Here's the thing — California vehicle code 21235 prohibits motorized scooters from being on public sidewalks. Now, city code does allow bicycles to be ridden on sidewalks, but bicyclists must yield to pedestrians and slow down.

So, why now? City officials say because the e-scooters and bikes were new, they needed time to discuss before issuing citations.

You're probably asking what happens if you're not caught putting the bike in the wrong place. Well, rideshare apps like Uber — which owns JUMP bikes and scooters — might be charged instead, and that cost could be passed on to you by the company.

The city says it plans to add more drop-off zones when funding becomes available. If you are not by a drop-off zone, you may leave bikes and scooters at bike racks.

Many people in Sacramento are still unaware of the rules including Kyle Lapp who works in downtown every day.

"I had no idea," admitted Lapp.

He said he was unknowingly following some rules and breaking others.

"I always made sure I put the scooter back in an acceptable spot," explained Lapp. "But I do pretty much only ride it on the sidewalk. So, it's good to know because I don't want to be fined up to $200. I'll ride it in the street or the bike lane like you're supposed to now."

Here are a few drop-off zones in Sacramento to leave those bikes and scooters.

Full rules can be found here.

WATCH MORE: Jump Bikes taking over Sacramento, but do riders know the rules?