"We desperately want body cameras. A video camera is great for everybody," Sheriff Scott Jones said, adding that he's been working with the NAACP to get the cameras. 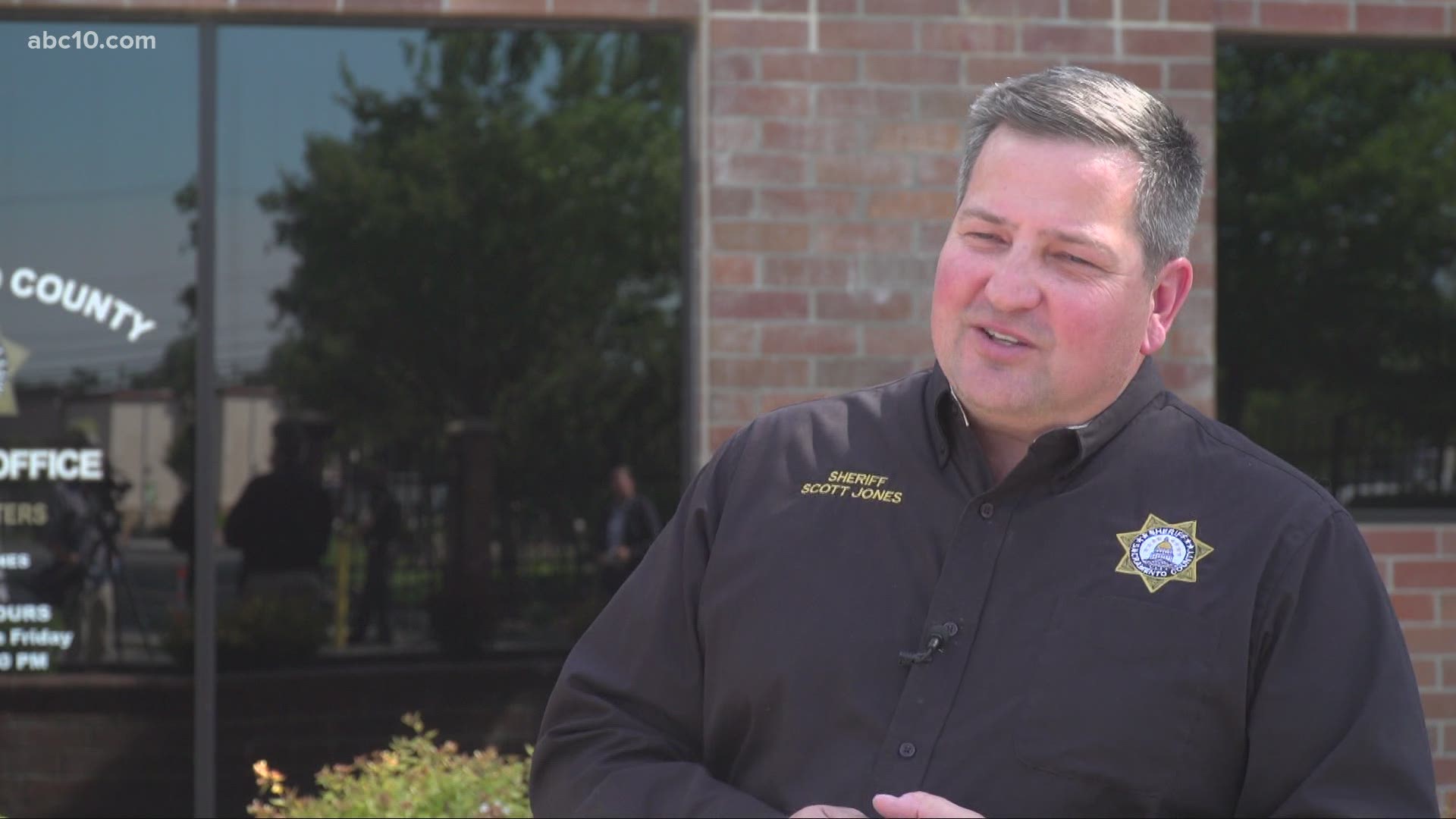 SACRAMENTO COUNTY, Calif. — In the wake of the Minneapolis police killing of George Floyd, mass protests have swept the country as people march in cities small and large for police reform and against police violence.

It's something that Sacramento is no stranger to. Two years ago, Stephon Clark, an unarmed 23-year-old Black man, was gunned down by Sacramento Police officers in his grandmother's Meadowview back yard.

In 2017, Sacramento County Sheriff's deputies shot Mikel McIntyre six times in the back as he was running away from them on the freeway.

In 2016, it was Joseph Mann, a 51-year-old Black man who was shot 14 times by Sacramento police officers while he was having a mental health crisis.

Even recently, sheriff's deputies were seen on video drop kicking a Black man in the back while trying to make and arrest. The man the deputy kicked was later determined to be the wrong man. That was in March.

Now, in an interview with ABC10's Chris Thomas that covered a wide range of issues, Sacramento County Sheriff Scott Jones is speaking out following the March incident.

"What do you say to the community about police and officers and deputies and the use of force and what needs to change? Something needs to change, right," ABC10 asked the sheriff.

"Well, you know, we have changed. Again, there is not best only better, so I won't say we're at the destination yet," Jones said. "But I think we're a lot better than we were. In terms of race relations, we've got our youth services unit. We're making long term investments with the youth in our community, and in many cases, the underserved communities... so not all of the experiences that people see with law enforcement are involved are negative." 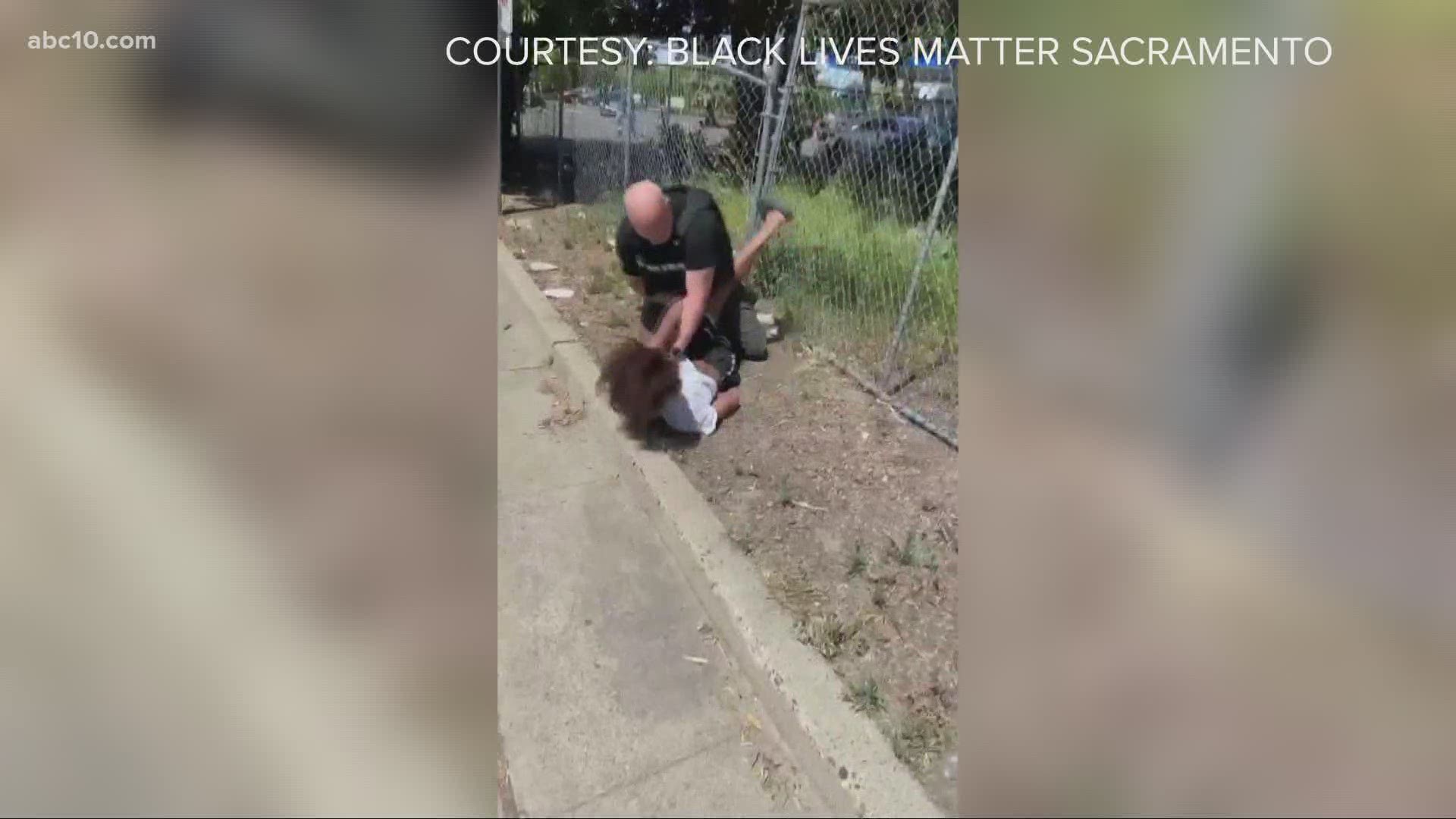 Yet, just last month, cell phone video went viral of a Rancho Cordova Police Officer — which has a law enforcement services contract with the Sheriff's office — punching and pinning a 14-year-old while trying to detain him over having cigar. The 15-second clip of the incident between the unnamed officer and the teenager went viral, gaining attention from actors, activist and former Democratic Presidential candidates Julian Castro and California Senator Kamala Harris.

Sacramento civil rights leaders called for an independent investigation into the incident and sent a list of demands to Jones, including that all deputies begin wearing body cameras and allow the NAACP to help create the policies for them.

"We desperately want body cameras," Jones said. "A video camera is great for everybody."

Especially considering since in the two aforementioned cases, the public only learned of them because of cell phone video.

The sheriff's office said the local incidents are still under investigation.

Cell phone footage also showed a teenager being carried away after being shot in the face by a rubber bullet from sheriff's deputies. The video was widely shared over the weekend after several protests in Sacramento. Family told ABC10 that the 18-year-old Dayshawn McHolder has a major jaw injury and will need surgery.

Jones did not directly address that incident, but did acknowledge that recent peaceful protests following the death of George Floyd come as a result of legitimate concerns.

RELATED: Family of Sacramento teen shot in face with rubber bullet by deputy says he will need jaw surgery

"There are a lot of folks out there every single day — usually during the day — that have a legitimate voice, a legitimate message, feeling legitimate pain and angst that want an outlet for that," Jones said.

Meanwhile, the sheriff acknowledged his office has a ways to go in addressing racial issues in the community as well as building bridges with whom they serve.

"We've sent all of our officers through training for — training for, what's the name of it," Jones asked.

"Yeah. Implicit bias training. Thank you. So we have sent all of our officers through that," Jones said.