The child was taken into custody because he was accused of panhandling at a carnival that he was attending, according to the lawsuit. 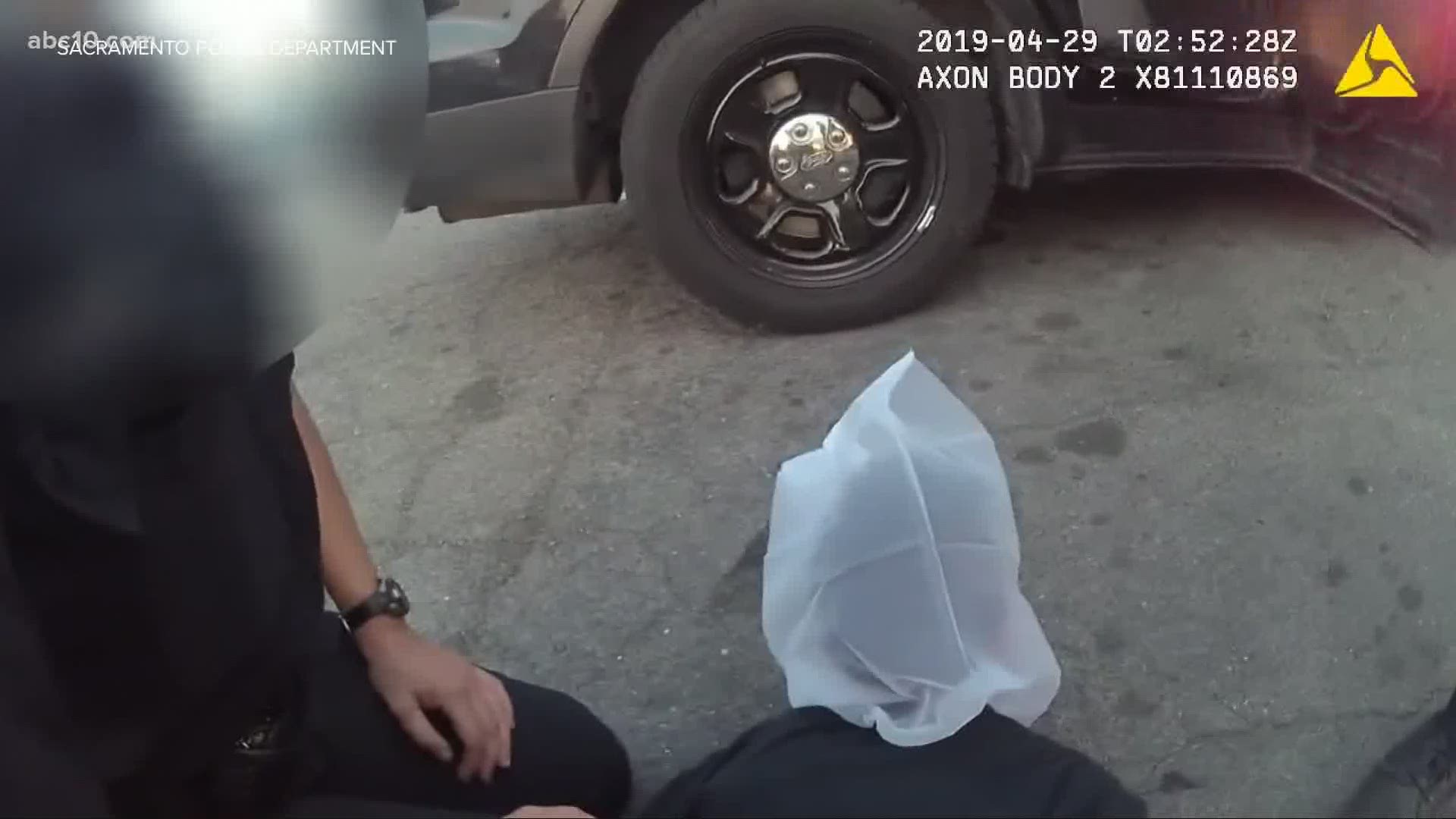 SACRAMENTO, Calif. — The family of a 12-year-old child, who was forced to wear a spit hood while police detained him a year ago, filed a federal lawsuit against the City of Sacramento on Wednesday.

The lawsuit accuses the Sacramento Police Department of using excessive force and being negligent in the 2019 incident.

"They thrust the young man to the ground," said Mark Harris, the family's attorney.  "They covered his face with this mask."

The child was attending a neighborhood carnival in April 2019 when he was chased out by a security officer, according to Harris. In May 2019, the story gained notoriety when an online video was released that showed Sacramento police placing a spit hood on the child's head.

"Imagine it was your child, or it was your grandchild, your niece or nephew who experienced this," Harris said. "See what you would think about the treatment that child received at the hands of adults that should have known better and done better."

The child was accused of panhandling, which his family denied.

Harris argued within the lawsuit that the Sacramento police violated the child's rights by not contacting the mother while officers detained him. The child's mother later arrived at the scene to see officers take her son into custody, according to the lawsuit.

The lawsuit alleges the mother asked officers to take the spit hood off because she was worried her son would have an asthma attack, but officers ignored her request.

Sacramento police explained that the mask has an elastic neck that allows for fast and easy removal. Police said a person could see and breathe through it and that the mask is designed to protect officers from bodily fluids.

"The juvenile spit in the face of our officer multiple times," Sacramento Police Sgt. Vance Chandler said. "And a spit mask was put on the juvenile."

The child was cited for battery against an officer and resisting police.