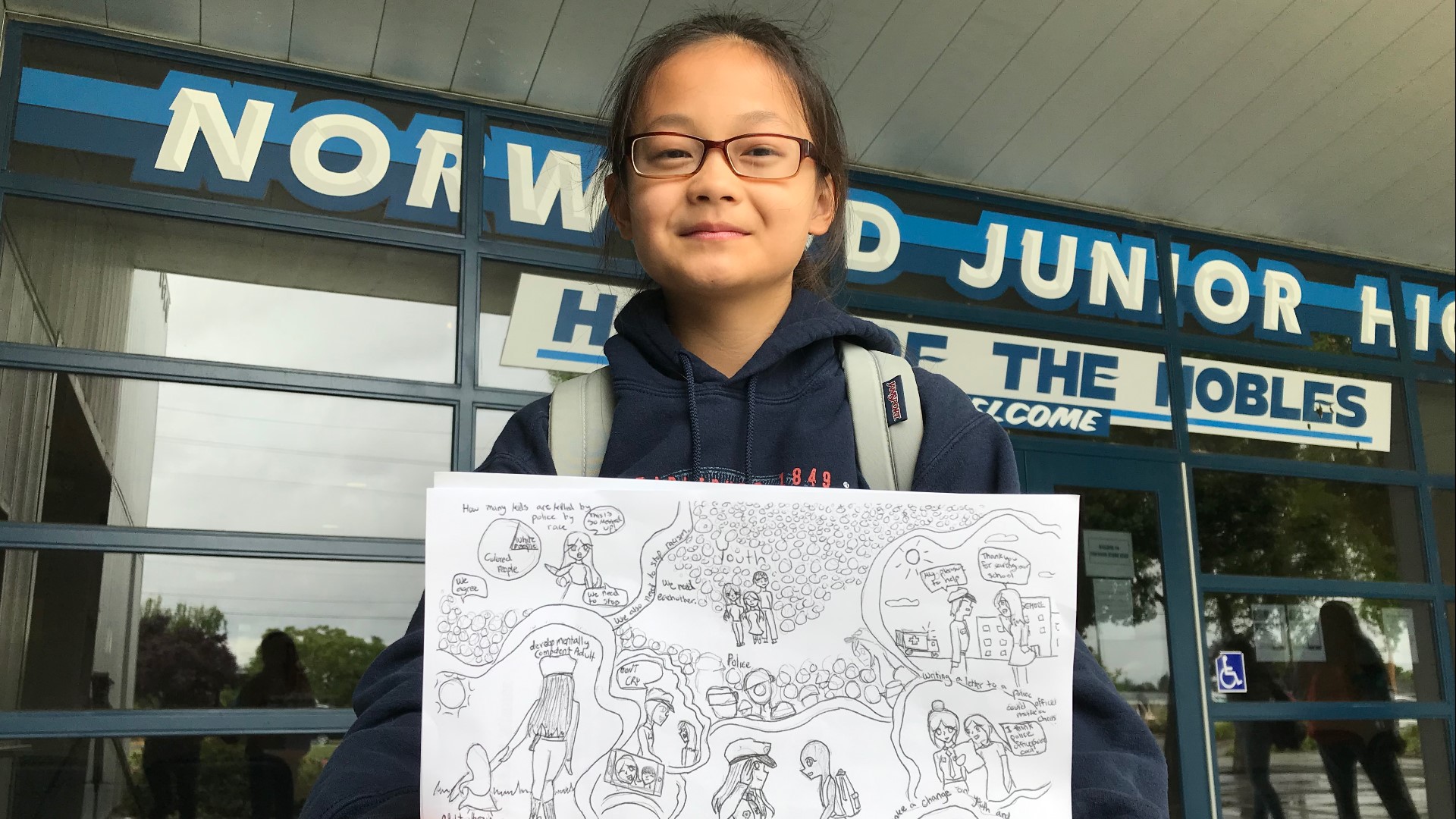 SACRAMENTO, Calif. — A North Sacramento student won a national award for her drawing that depicts how to improve interactions between police and the youth.

Evelina Cheng, 12, heard about the "Youth Voices" national contest sponsored by Strategies for Youth, a non-profit that works with police across the nation. They were looking for a drawing with a message of how to improve interactions between police and teens.

Cheng says she knew exactly what to draw.

Sacramento Police officer Kao Saechao is part of the youth outreach program. He says Cheng’s drawing shows what officers do every day.

“Everything she has on here is all about positivity and how to make things better,” said Saechao.

His partner, Sacramento Police officer Steve Lewis, says it was nice to brag about Cheng, and this encourages him to have more positive interactions with the youth and the community.

“This was such a great influence for her because she drew everything that it took to interact with an officer, and people have to realize we are human beings too. We have good days and bad days and we try to put on a smiling face. Normally, if you’re in need of a police officer, it’s usually something bad going on in your life,” Lewis said.

On Tuesday, the officers picked Cheng up from her grandparents’ home and drove her to school. They say they wanted to do something special for her and let her know they are listening.

Besides the ride, the seventh-grader from Norwood Junior High School also won a $500 prize. She and another student from Louisiana split first place and beat out over 120 students nationwide.

WATCH ALSO: Sacramento 'teen hub' pop-up events keeping kids off the streets and out of trouble