Similar technology is also being used to temperature check passengers in a first-in-the-nation pilot program at Los Angeles International Airport. 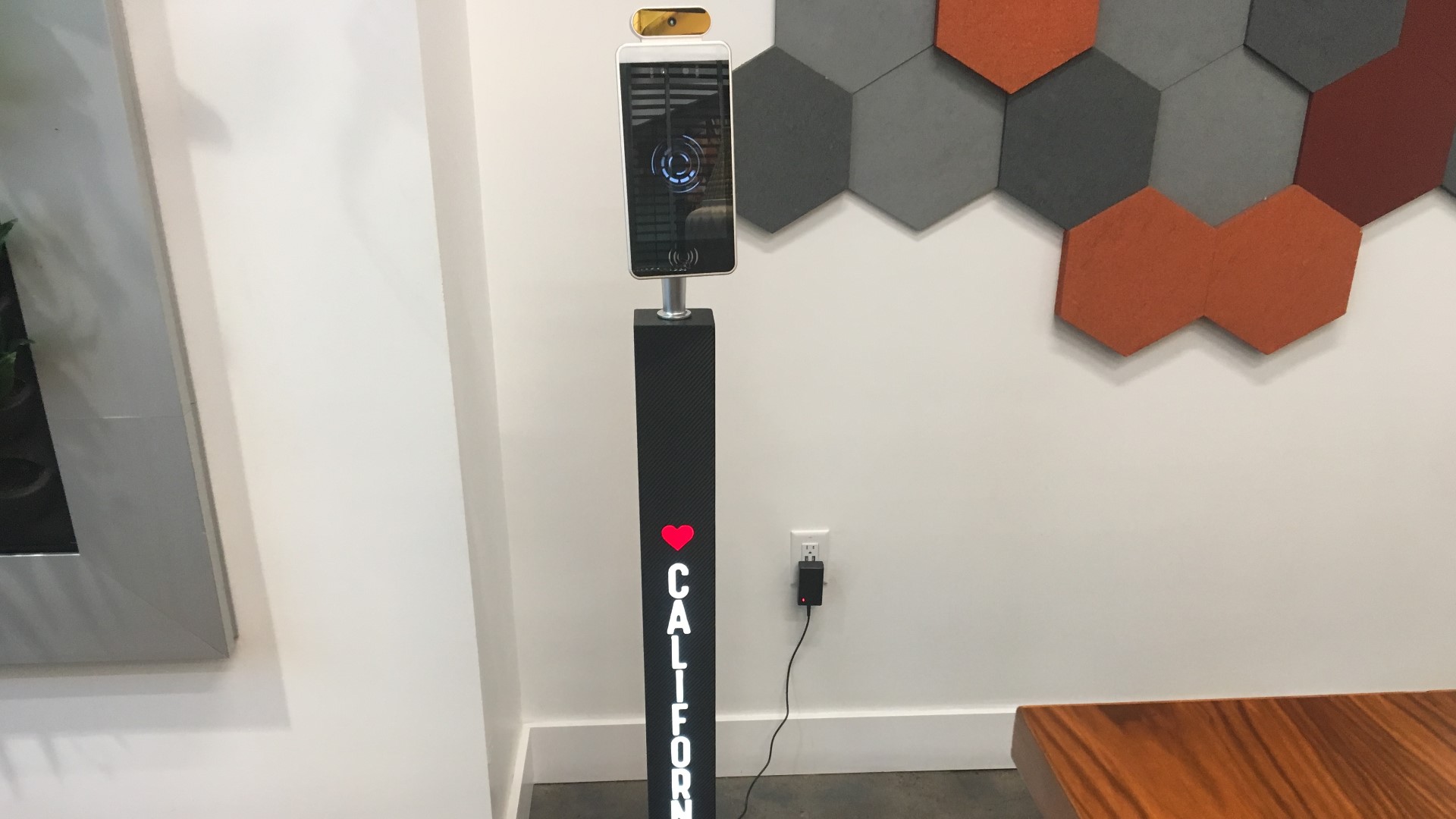 SACRAMENTO, Calif. — As businesses reopen under strict guidelines from California, a new device is hoping to make life a little easier for business owners.

"The device is called '[ClearScan G7000].' It's touchless, so there's no interaction. You stand in front of the device, and it accesses your temperature within a few seconds," said Katrina Rosseini, a strategic consultant and representative for the device.

"If someone has a fever and they know on the spot, they can make a wise decision and chose to either enter the business or not," Rosseini said.

Travelers walk under a thermal camera, and if the system flags you, you'll be brought for a secondary screening to make sure you don't have an elevated temperature.

"We will not prevent anyone from flying," stated Justin Erbacci, LAX interim CEO. "But it should be noted that some of the international airlines that are operating out of this terminal are also conducting their own temperature check and they would be able to prevent people from flying."

The screening is optional for now, but it could become mandatory later this summer.

Back in Sacramento, the city received an $89 million stimulus package from the federal government's CARES act back in April.

City leaders have already approved using more than $12 million of that to help small businesses hurt by coronavirus-related closures.

"It will be great to see what the city council, the mayor, the politicians in this community... [and] how we use that and the impact it will make with this community," said Rosseini.