“The biggest thing she did for all athletes is she said, ‘You have a choice to choose you,'" therapist Nicole Carter said. 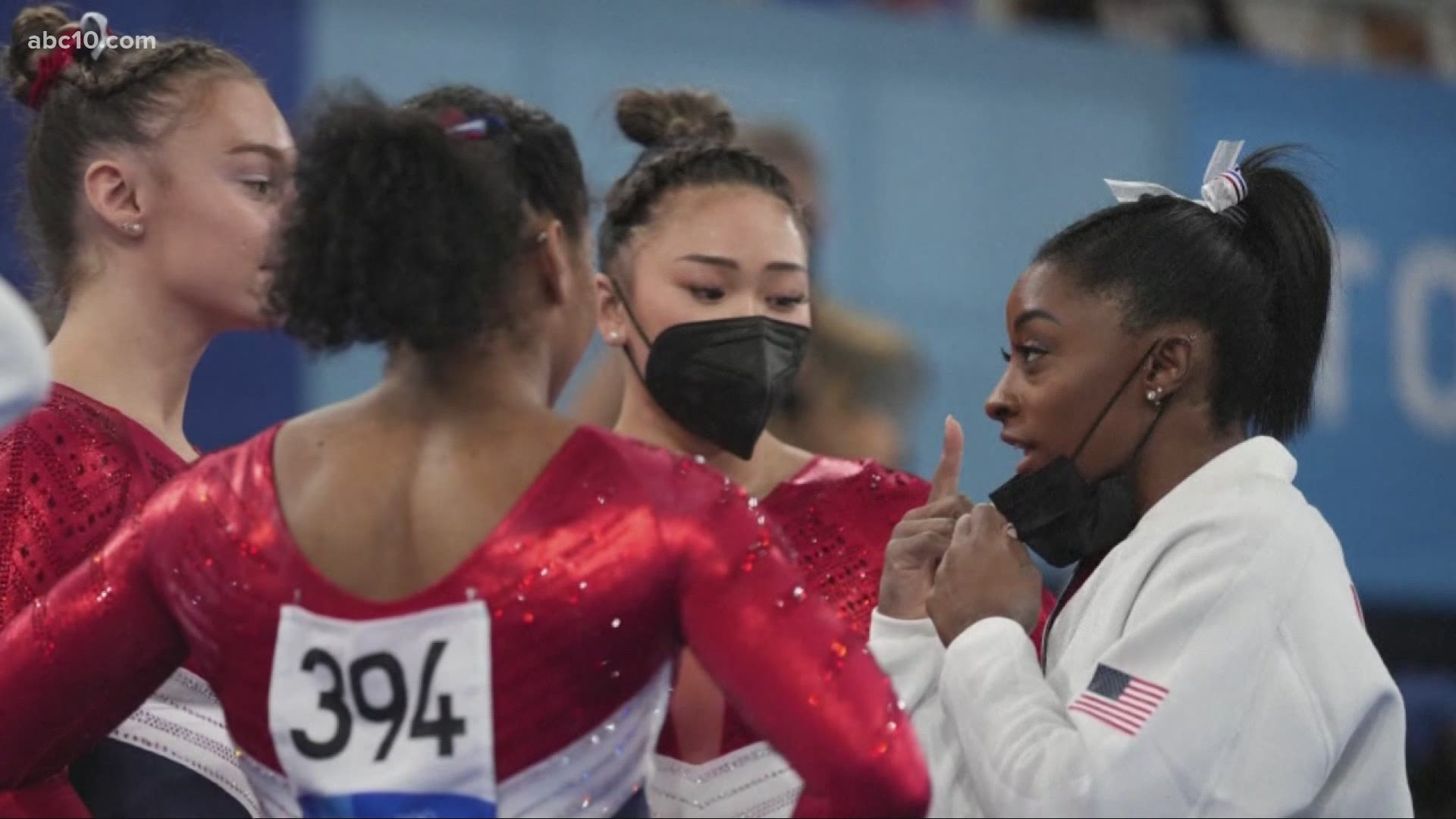 SACRAMENTO, Calif. — Gymnast Simone Biles is perhaps the most recognizable face in the Olympics. But Biles made headlines Tuesday, not for medaling but for choosing to withdraw from the games citing her mental health.

“The biggest thing she did for all athletes is she said, ‘You have a choice to choose you,’” Carter said.

Credit: AP
Simone Biles acknowledges cheers from fans after being awarded first place in the all around following the U.S. Gymnastics Championships, Sunday, June 6, 2021, in Fort Worth, Texas. (AP Photo/Tony Gutierrez)

Carter explained what you see is not always what you get.

“Although we see her smiling, her internal state, her nervous system, is probably really really in fight or flight or darn near shut down,” she said.

Carter has some extra insight into the mental health of athletes, having been a former basketball player at UC Davis and the only Black player on the team.

“You’re having fun. I had wonderful teammates, wonderful coach. But being the only Black person traveling all over the place, it’s stressful,” she explained. “Black athletes have to deal with that all the time. And yet still go out and perform and ignore those things. And that has a cost. Your nervous system, that has a cost and a toll on your nervous system. Cause you’re constantly assessing for threat. But at the same time trying to compete at your highest level.”

Plus, Carter explained, the stage of competition couldn’t get any higher for Biles.

“The mental stress and strain she’s facing is not just as her teammate, but a nation, on a world platform,” Carter said. “It’s not about achieving a medal or a physical reward. It’s about my mental, my mental. And that’s the greatest prize. That’s going to be with you for life. If you don’t win that one, you know, what has it all been for?”