The city will fund 500 tiny homes for SafeGround and other similar community organizations, as well as provide trash pick-up, clean water and restrooms. 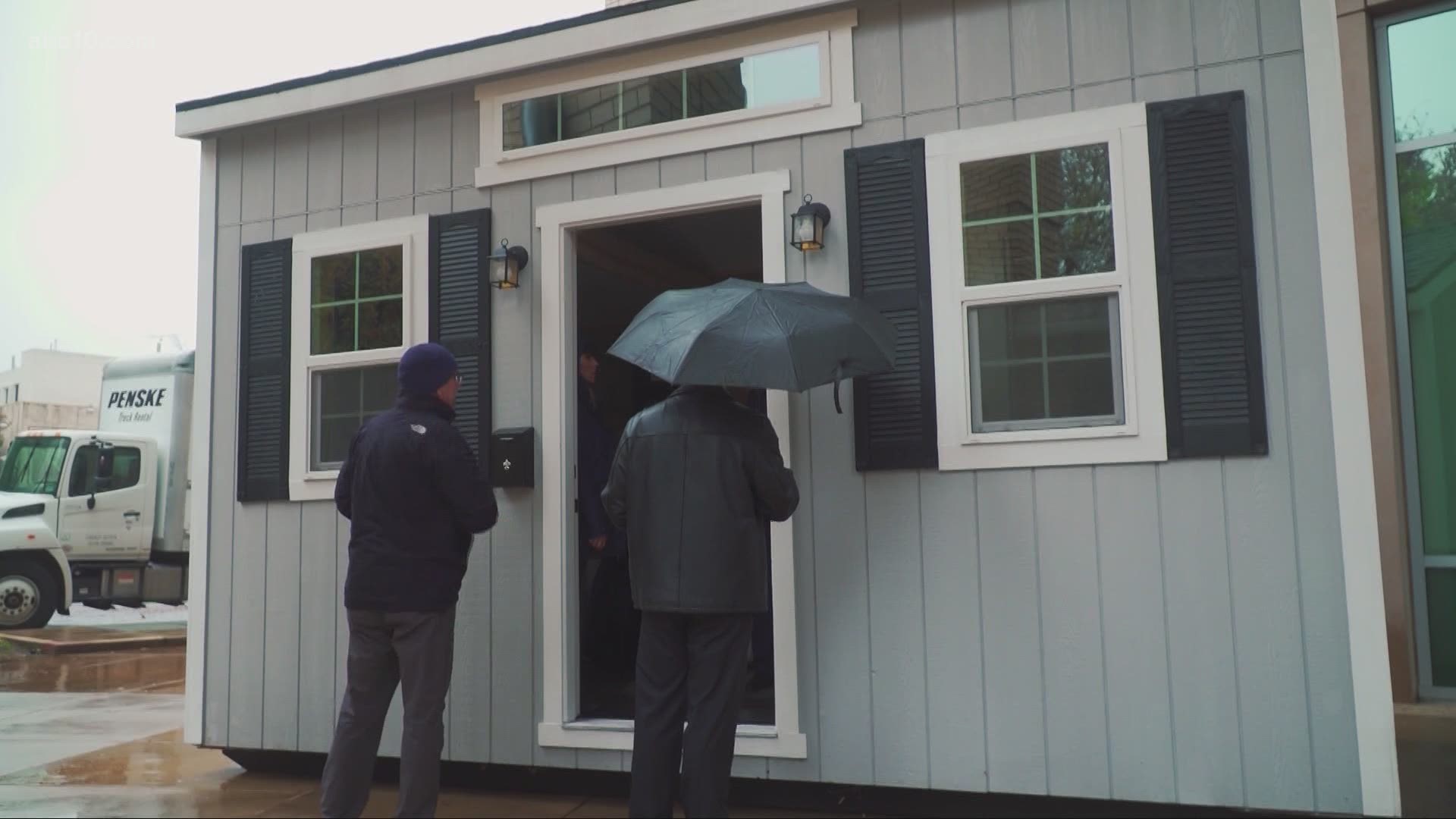 Mayor Darrell Steinberg announced the city will fund 500 tiny homes for SafeGround and other similar community organizations, as well as provide trash pick-up, clean water and restroom facilities to these types of sites.

"SafeGround has been a rallying cry for a long time," said Steinberg. "It's time to harness the power of the community and to say, 'Yes.'"

Civil Rights Attorney Mark Merin helps lead SafeGround. He currently allows those living in the elements to camp on a lot he owns on 12th and C streets in downtown Sacramento.

This isn't anything new. Merin has allowed homeless to camp out on lots he owns before, however, they were shut down due to an anti-camping ordinance. But with the coronavirus pandemic, law enforcement has been told to not force homeless to move as that's the only way they can shelter in place.

Now, city leaders are jumping on board with SafeGround's initiative of completely self-governing and safe sites.

"At the end of the day, to get things done we're going to have to work together," said Sacramento Homeless Union President Crystal Sanchez.

City leaders like Councilmember Jeff Harris previously told ABC10 he didn't believe SafeGround style camps were a positive initiative as when they get inundated with people that's when bad behavior happens. But today city leaders came together with homeless activists.

Merin said he believes part of the change of heart comes from Steinberg and seeing SafeGround up and running.

"I think the mayor has been somewhat frustrated at his inability to really deliver anything that would meaningfully affect the number of homeless people on the streets so when he saw we're doing something and it seems to be working, he thought, 'Let's go big,'" Merin said.

As for why Steinberg is getting behind SafeGround now, he said Project Roomkey and SafeGround have also shown him that the city doesn't need huge initiatives to help the homeless. He now wants to place his faith in community organizations.

"We've got to have more solutions if we're going to get people indoors and off the streets," said Steinberg. "The government cannot do it all top down and so you find in politics the great moments are when you find these intersections."

These encampments are especially relevant now as homeless numbers are expected to increase due to the coronavirus pandemic.

"We think once COVID-19 has dwindled down we're going to have about a 50-percent increase of homelessness because we're seeing people be evicted," said Sanchez.

The next step will be the city finding sites for those SafeGround camps. Merin hopes the city will help fund folks who volunteer their property.

"I think you will have to encourage people to come forward with [property]," said Merin.

A goal is for SafeGround type living to be the first step in attaining permanent housing for residents in a way that is safe and dignified.

READ THE MORE ON ABC10.COM: