This will be the first time ever that Sacramento hosts the men's and women's college soccer national championship tournaments. 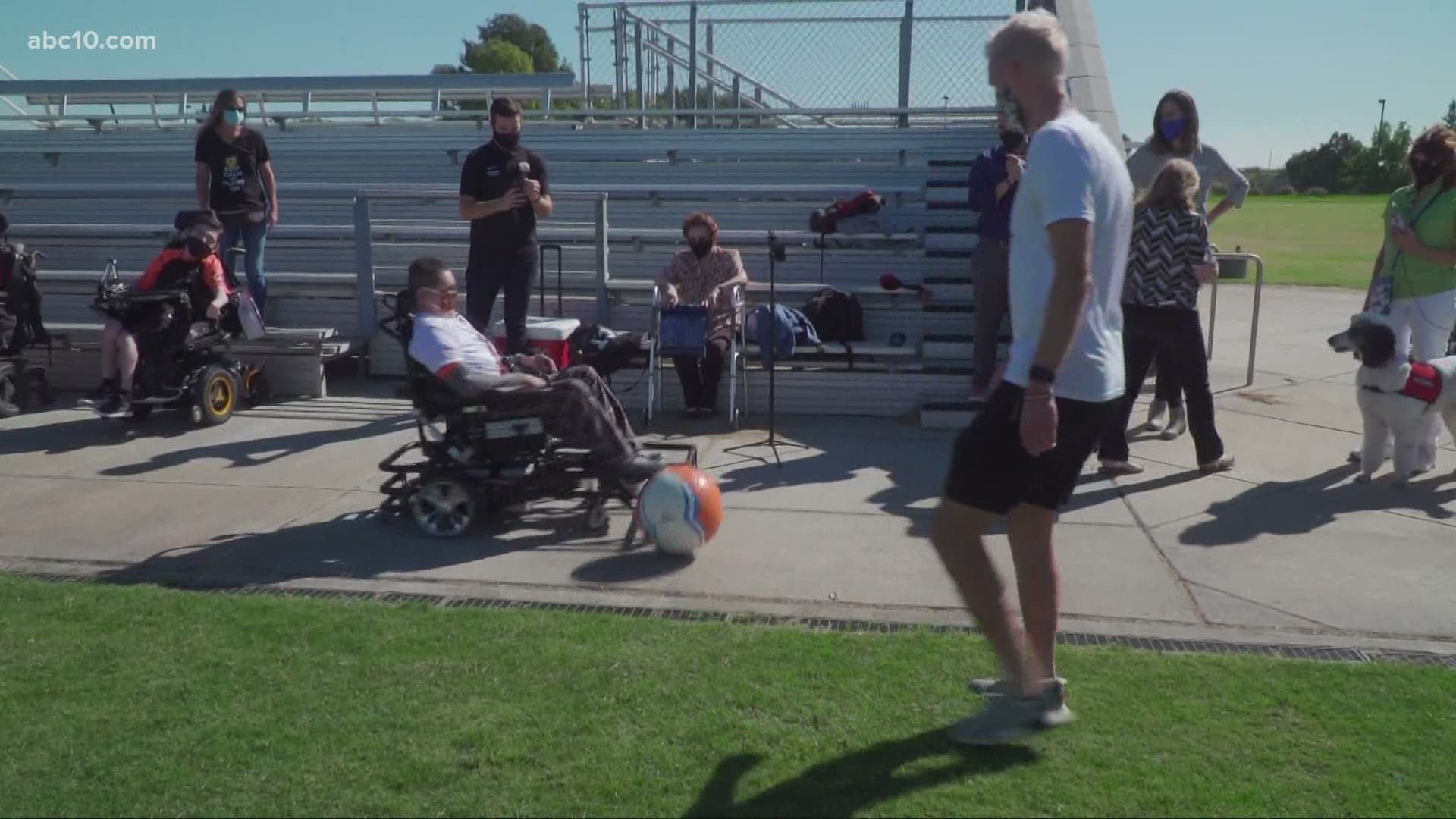 SACRAMENTO, Calif. — Sacramento has been chosen by the NCAA to host multiple college sporting events in the coming years, including the Men's and Women's College Cup for soccer for the very first time in the new Railyards stadium.

The NCAA Men's College Cup semifinals and finals will be played at the stadium in 2024 and the women's will be in 2025.

"This has always been about building a better Sacramento through the beautiful game," Sacramento Republic FC President and COO Ben Gumpert said in the press release. "Today’s announcement is just the beginning of our vision to create an active and open stadium for the entire region to enjoy.”

Thrilled to hear that the top college soccer teams in the country will be playing their semifinal and final games in our new soccer stadium in @thesacrailyards in 2024. What a great opportunity to showcase our city. Thank you @VisitSacramento and @SacRepublicFC. https://t.co/u7dkMtcxnq

Sacramento was not only flagged for hosting basketball and the soccer tournaments, but will also host track and field and cross country events in the coming years.

"We are thrilled that the NCAA continues to see Sacramento as an ideal location for so many of its important events,” Mike Testa, Visit Sacramento President and CEO, said.

Sacramento Mayor Darrell Steinberg added that the Railyards Stadium is already showing great returns for Sacramento and showing the community investment in soccer in the city.

“Hosting the College Cup will showcase our wonderful city to new audiences and create new economic activity," Steinberg said in a press release.

People can sign up for updates and join the waitlist for College Cup tickets here.

The full calendar of college events:

You can check out all of the host cities for NCAA tournaments through 2026 on the NCAA website.

WATCH ALSO: A timeline of Sacramento Republic FC's journey to a MLS bid