Sacramento's West End revitalization in the mid 1900's is part of a history that left thousands of racially diverse residents without homes and jobs. 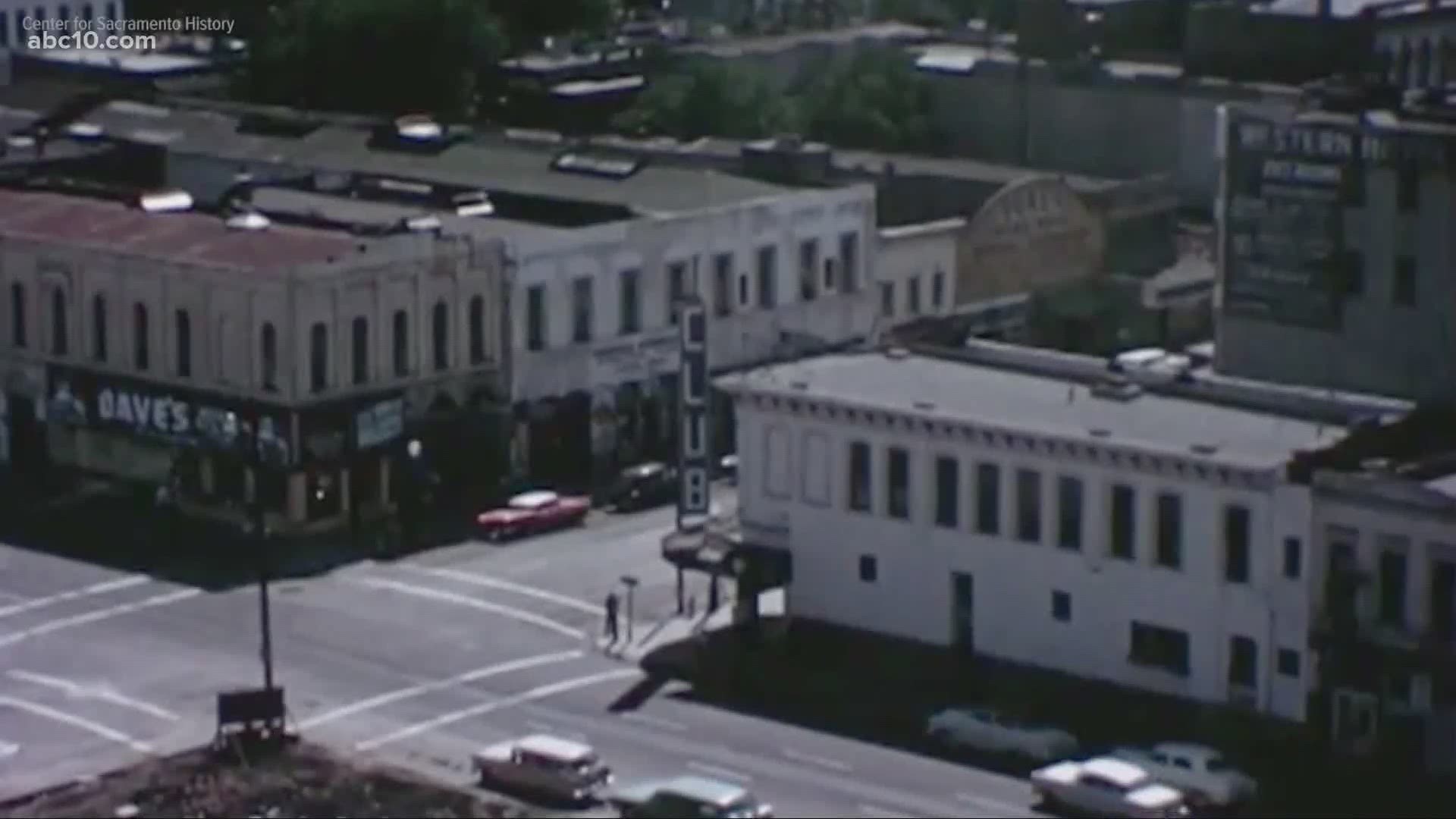 In a Sacramento history Facebook group, someone raised awareness that just west of the Capitol Mall was where thousands of racially diverse Sacramento residents were displaced due to revitalization.

Historian Clarence Caesar remembers it from when he was a child.

"A lot of the business community, especially Asian, African-American, Latino, and Portuguese that were there, had thriving operations of business as well as their homes and other institutions like their churches," Caesar said.

The West End was the heart of where Sacramento began right by the Sacramento River, however, over time the city expanded and some parts of the West End decayed.

"When I was growing up that portion of Sacramento along 2nd Street of Old Sacramento's main drag, that was skid row," Caesar said.

There were parts of the community that thrived, like shops, restaurants, schools, and churches. It was its own diverse community.

However, Sacramento city historian Marcia Eymann says diversity, in the eyes of government at the time, was the equivalent to blight.

"The issue is that if you were coming to Sacramento from the Bay Area the first part of the city you saw was the West End, which was the most rundown part of the city," said Eymann. "They didn't like the image. We were the state Capitol."

Revitalization meant tearing down buildings that were part of people's livelihoods.

"A lot of area houses and buildings were torn down, and they used eminent domain... to seize the property," said Eymann.

Thousands of people lost their jobs, and others became homeless. Many tried to start over with the little money they were given as a compensation, but it wasn't enough.

Many couldn't find housing because of the color of their skin and were unable to get loans.

"The real kicker was, for people who moved to places like Oak Park and Southside and other places, those places were also redlined by banks that prevented them from getting loans to improve their properties. So the cycle started again," Caesar said.

Many of the businesses that were in the West End stopped existing, and those who didn't stay had to leave the area. Some people, who were already homeless, also had no where to go with shelters closing.

"What's sad is that those were homeless shelters at the time, and they were closed," Eymann said. "They were called the 'missions' and... it was mainly men [who] were displaced. They had no where to go."

It was a constant cycle of moving around.

Japanese Americans who just came back from internment camps had to start over as well.

"One of the really sad things that happened was the Japanese community in the 1950s were really just coming back to this area after being put in the camps during World War II, so they come back and then they're displaced again," Eymann said.

Much of what used to be the West End has been cleared for large commercial and government buildings. The closest thing to what the West End used to be is Old Sacramento.