Shot by rubber bullet during protests, Sacramento woman faces being blind in one eye

A Sacramento woman says the police shot her with a rubber bullet during a protest on May 29. Police are aware of the allegations and looking into the matter. 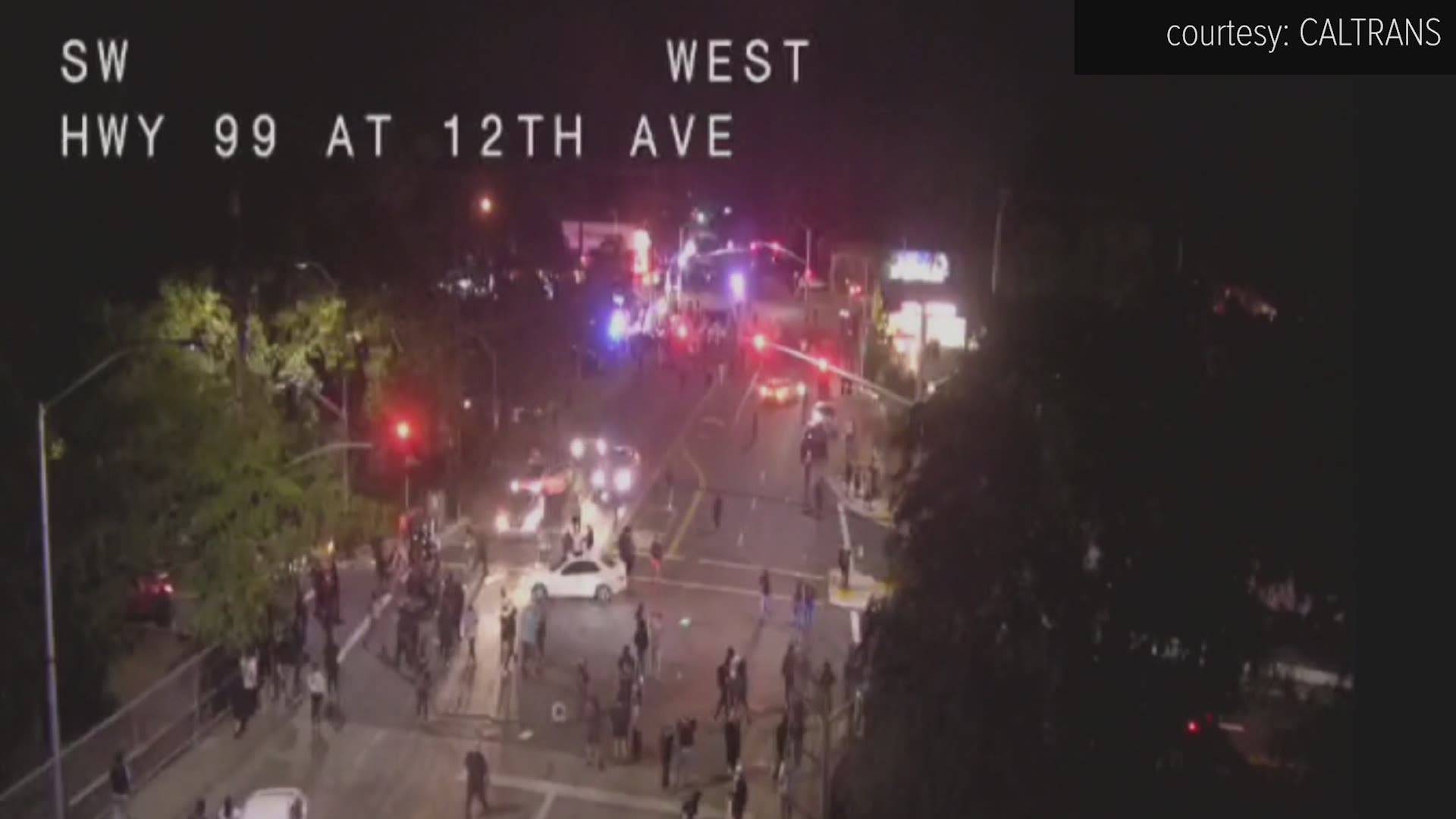 SACRAMENTO, Calif — A Sacramento woman is speaking out after she says she’ll likely be blind in one eye after the police shot her with a rubber bullet.

Shantania Love says she was out protesting peacefully the night of May 29 off the 12th Avenue overpass in Sacramento when it happened.

“While speaking to the surgeon, I was informed that there’s a 99% chance I will be blind in my left eye,” Love said.

The mother to two daughters says it’s been hard on her family.

“I’m a mother to two beautiful daughters, and they have never seen their mother with an injury remotely like this... it's really taken a toll on them,” Love said.

The story of her injury is not unique.

A man carried away Dayshawn McHolder after Sacramento County Sheriff’s deputies allegedly shot him with a rubber bullet. The sheriff’s department is still investigating his injuries and said they cited him for assault on a peace officer.

Tee Fansofa was hit with several rubber bullets during protests. Sacramento Police Department says they are aware of the allegations and investigating.

Lawmakers are introducing a bill that will create a standard of force when using projectiles like rubber bullets.

“This is not acceptable,” says Lorena Gonzalez, assemblywoman (D-San Diego). “It’s not acceptable in Sacramento, in San Diego or across the United States as we see these being used.”

As for Love, Sacramento police are aware of the allegations, and they’re looking into it with other agencies assisting that night.

CHP who was there said they are not investigating and are not involved.

Love’s family is asking for people to come forward if they have any video of that night or witnessed what happened.

WATCH ALSO: Sacramento Police Association President responds to signing of 'Use of Force' bill in law