Founder of Mercy Pedalers, Sister Libby Fernandez talks about how the nonprofit came to be and her inspiration to serve. 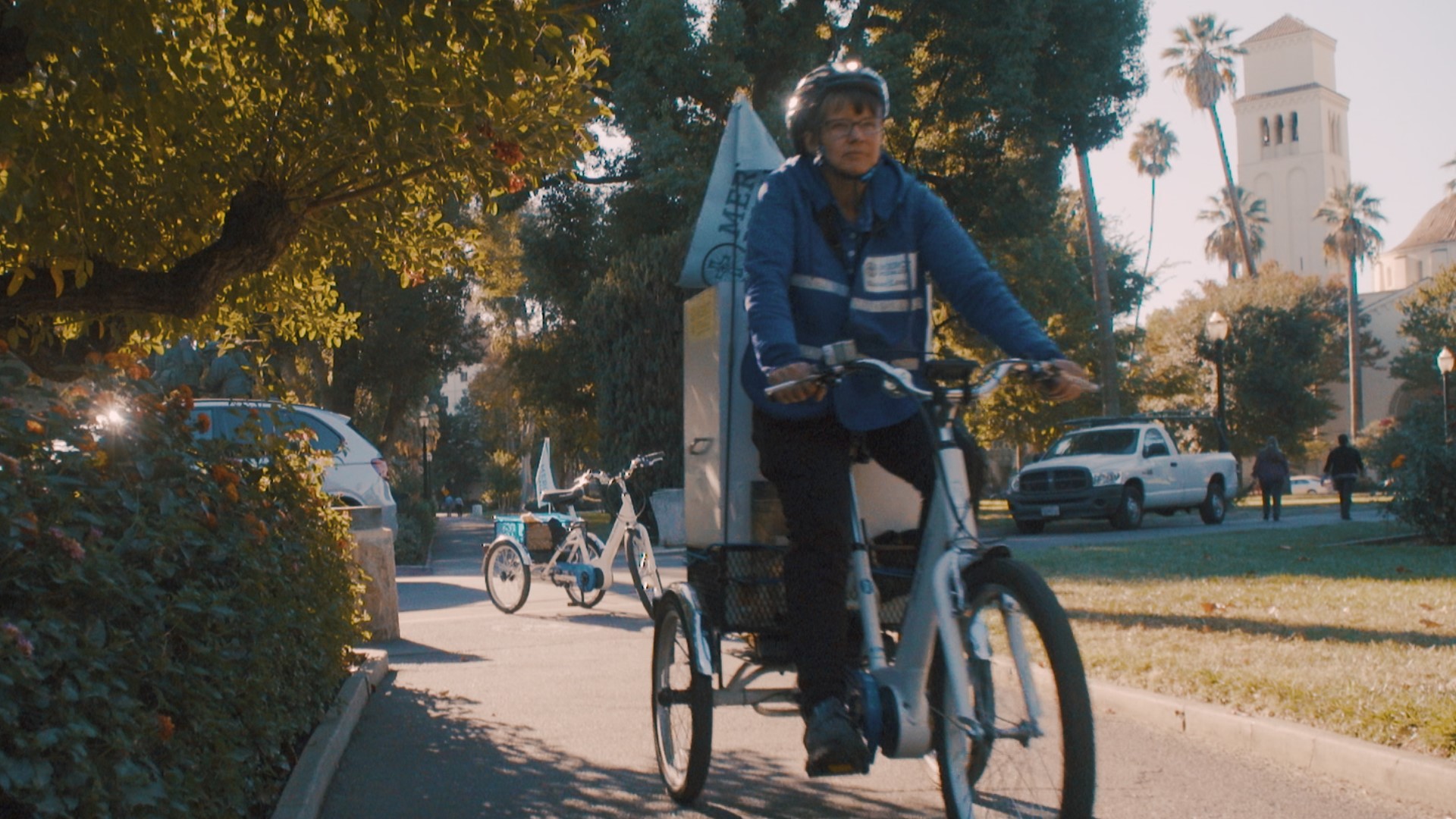 SACRAMENTO COUNTY, Calif. — Sister Libby Fernandez rides around Downtown Sacramento on her electric-assisted tricycle. She knows each homeless person she waves to by name.

“I missed you, Sharon! Would you like some coffee?” Sister Libby asks to a barefoot woman on J Street.

She’s making her morning rounds, serving the homeless coffee from a large carafe and offering them socks, gloves, beanies, toiletries and snack bars, all from the back of her trike.

Sharon decides she can do without the coffee, but tells Sister Libby she could use some socks.

Credit: Barbara Bingley
Sister Libby offers coffee, snacks and cold weather accessories to Sharon, who has been living on the streets of Sacramento.

Sister Libby has been reaching out to people living on the streets of Sacramento for 20 years, initially as the executive director of Loaves and Fishes, and for the last two years as a Mercy Pedaler. She launched the nonprofit, Mercy Pedalers, Inc. in 2017 to “bring mercy to the streets,” she said. Sister Libby and her fellow pedalers’ mission goes beyond dropping off food to a food bank.

“I was like, wow, I have this energy to continue serving those who are suffering on the streets, but how can I do it and still bike? So I came up with this image of the mercy cross with the wheel around it...Mercy Pedalers!” Sister Libby said, pointing to the embroidery on her vest. "We go to those who are on the streets instead of people who are homeless coming to us. We enter in with permission.”

One of seven children, Sister Libby grew up in a Catholic home.

“I never knew I would become a nun until after college, but it was instilled in me before I even knew it,” Sister Libby said.

After graduating high school, her plan was to become an airman in the U.S. Air Force, but while attending the Air Force Academy, she says she was given new direction.

“When I was there, I just felt a different tug, a different calling,” Sister Libby explained. “I heard this little whisper, ‘Come home. Serve my people,’ ya know?”

A Sister of Mercy for the last 29 years, Sister Libby lives by her charism: “serving the poor, sick and uneducated.”

With her tricycle, Sister Libby has found her niche when it comes to serving Sacramento’s homeless. She makes her two hour rounds five days a week and serves about 40 people each day. She doesn’t just offer coffee and shampoo. She brings compassion and respect to those on the streets.

“The idea is to have a conversation. Let’s have a conversation over this cup of coffee. Let’s see how we are today,” Sister Libby said. “Life is about relationships, about doing the best you can for your brothers and sisters. And whether your homeless or you’re a servant, like a Mercy Pedaler, we both want to do the best you can for someone else too.”

Sister Libby gets supplies from donations. If you would like to donate or become a Mercy Pedaler, visit the Mercy Pedalers website.

WATCH MORE: From home owner to homeless along the American River