The owner of 58 Degrees and Holding Co. believes the stay-at-home order is unconstitutional and that the latest surge in cases is not tied to small businesses. 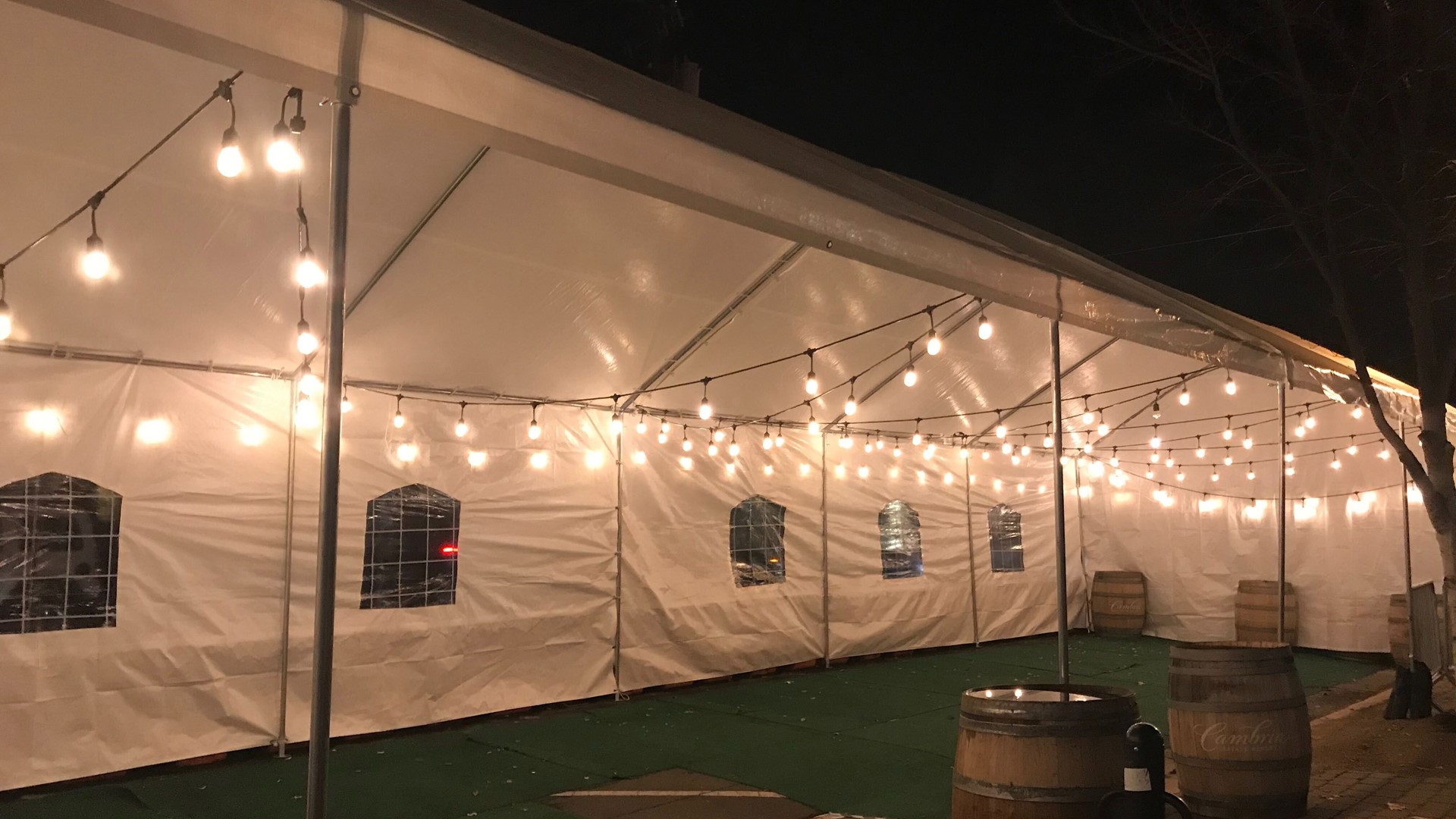 The suit was filed in federal court earlier this week.

With windows boarded up and an empty tent still sitting outside, 58 Degrees and Holding Co. sits along Capitol Avenue and 18th Street.

"This is a step too far," Ognian Gavrilov, attorney and owner of 58 Degrees and Holding Co. said.

Gavrilov said the latest shutdown was the final straw, after spending thousands of dollars on outdoor dining equipment.

"We did our part, but the problem is our governor decided to change the script without any evidence, without any science, without any reason outside of his own political ambitions," he said. “We found the latest order of the governor to be unconstitutional. He’s behaving like a dictator."

That's why his business, along with Visage Salon, Sparkle Nail Bar, and four of his staff members are suing both Newsom and the county. They say they are not suing for money, but instead are looking to get an injunction to stop the stay-at-home order. Gavrilov said he believes the order to be adversely affecting minority-owned businesses.

"The spike had nothing to do with nail salons, hair salons, or restaurants but he had to have a scapegoat and so he did a political calculation. Who's going to be the scapegoat? The people that have no power," he said.

"If you think about what happens in these businesses, it really scientifically is the perfect storm for spreading the infection," Kohli said.

She said because up to 40% of people are asymptomatic with the virus, she has concerns about taking your masks off, not social distancing from your server or stylist, and mixing households during a surge in the coronavirus pandemic.

"So you walk into a nail salon or restaurant, carrying the virus, possibly spreading it to others and not realizing it, then you sit down at a nail salon where you have close contact with somebody else, certainly for longer than 15 minutes," she said.

A spokesperson for Sacramento County said they could not comment on pending litigation and the governor's office said they're still reviewing the lawsuit but pointed ABC10 to a previous press conference with Dr. Ghaly where he said the order is meant to reduce our mixing and movement as much as possible.