In 2014, at the beginning of the last drought, the City of Sacramento got around 13,000 complaints in one year alone. 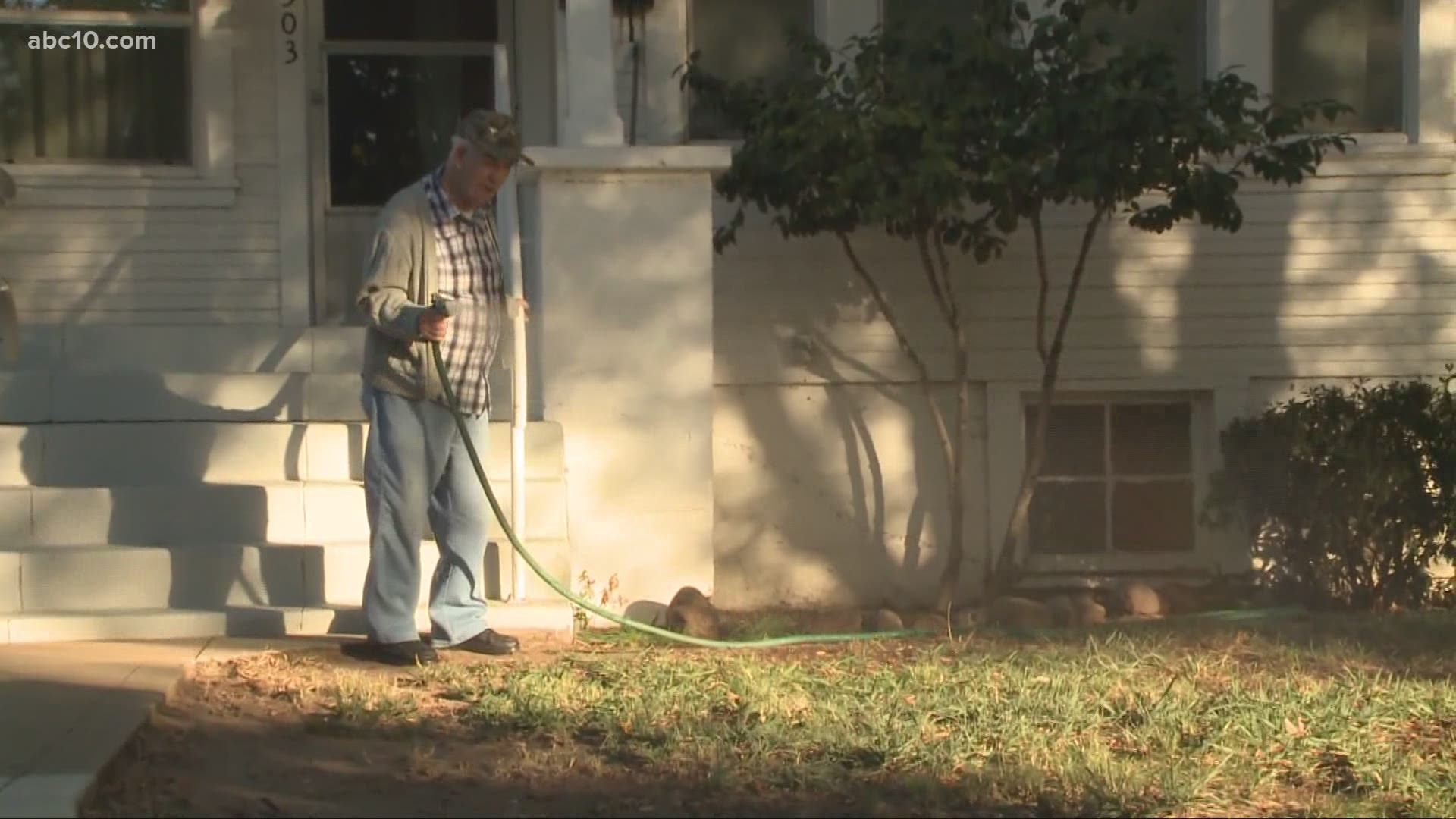 SACRAMENTO, Calif. — Californians are being asked to help conserve water during these extreme drought conditions.

When you notice your neighbor overwatering, running their sprinklers on a wrong day, or even see a broken sprinkler head that just won't stop running, experts believe reporting on those neighbors is actually helping the state conserve water in a drought.

"That's not the kinda thing that we want to encourage, but we also do want to save water," Manny Teodoro, a professor at the University of Wisconsin-Madison, said.

"We do see a strong positive correlation between the number of complaints and subsequent conservation," he said.

Teodoro said they found 1 complaint per every 1,000 people as associated with half a percent of conservation. Here's why that matters:

"Half a percent might not sound like much, but California, again, very big state, half a percent of water savings turns into something like 32 billion gallons. That's enough to serve San Francisco for 16 months," he said. "We think what's going on there is utilities see the complaints as an opportunity to educate the public."

In Sacramento, those complaints are already going up.

"The most common one is reporting on gutter or pavement flooding," Carlos Eliason, a spokesman for the City of Sacramento Department of Utilities, said.

In the years leading up to our previous drought, the City of Sacramento got just under 2,000 complaints per year. But that all changed when the drought began.

"One of the ways that we actually go out is we try and double-check and see if the neighbor is actually doing the water waste. And again, we always want to take an education first approach, so we have a notice that we give them. We noticed you were wasting water. Here are some really easy ways to save," Eliason said.

So, if you get caught, first, you'll get a notice. But repeat offenders can face fines anywhere from $25 to $500.

The city recommends being neighborly first and just having a conversation with your neighbor before reporting them whenever possible. You can make these water waste complaints anonymously by calling the number 3-1-1.

WATCH ALSO: Camping at Folsom Lake? | Here's what you need to know