Sacramento Fire Chief Gary Loesch said there's a lack of available water near the fire, which forced firefighters to leave to get more water. 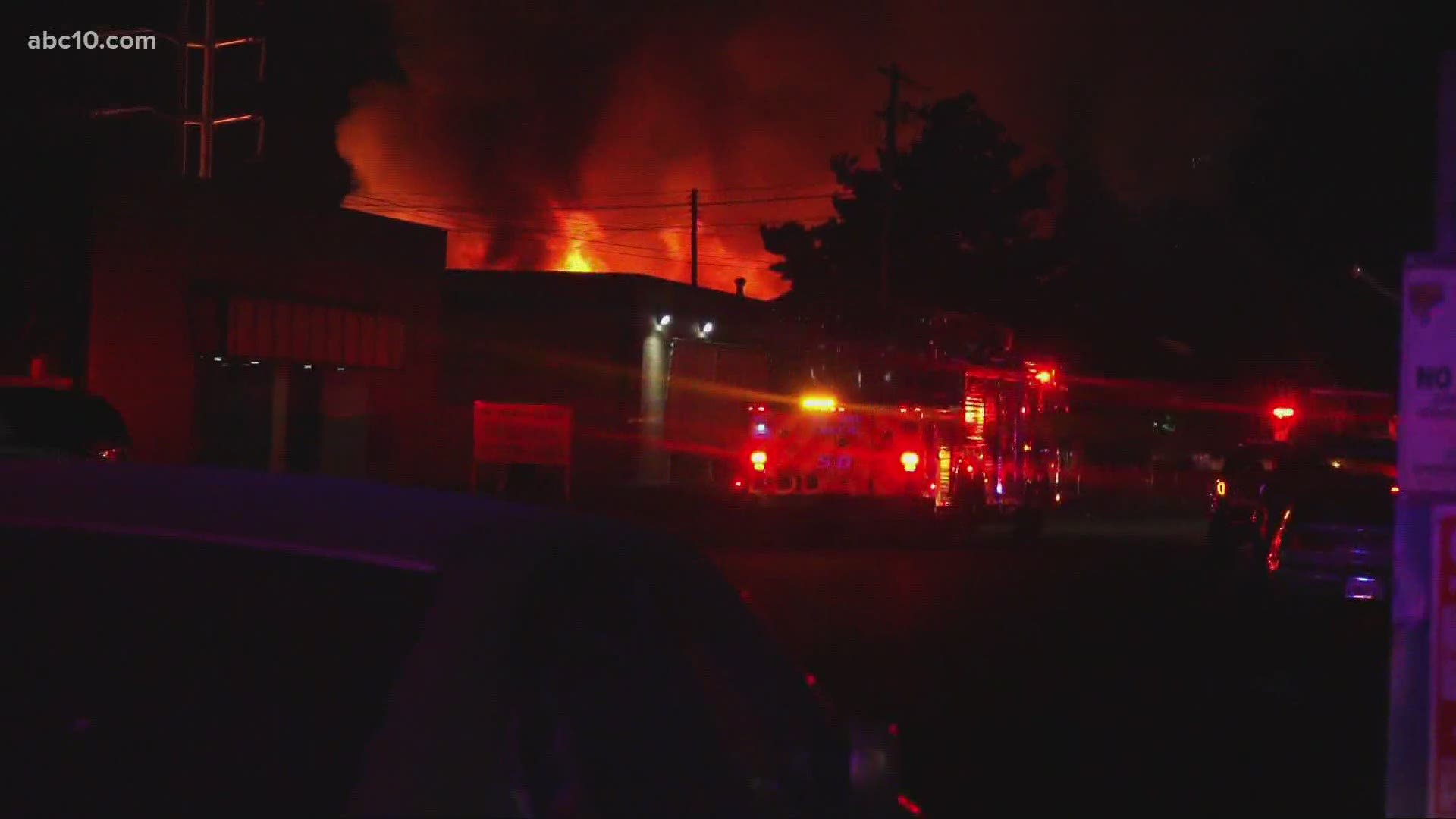 Four firefighters were injured in last night's fire, however, only one serious enough to be taken to the hospital. No other injuries were reported.

Roughly 200 fire personnel responded to the 5-alarm fire in South Sacramento. Due to lack of water resources in the area, fire crews had to lay water lines north of 47th Avenue to ensure appropriate water pressure.

More than 200 firefighters are battling a large, 5-alarm fire in South Sacramento Monday night in a commercial area near the old Campbell's Soup plant.

The call came in at about 9:15 p.m. of a large fire burning in the 3400 block of La Grande Boulevard, near Franklin Boulevard and 47th Avenue. Not long after receiving the call, the fire grew to a five-alarm fire, according to Sacramento Fire Chief Gary Loesch.

Loesch said the fire has severely damaged cars and buildings, including an auto body shop, mattress warehouse and pallet store. Loesch said because of the types of businesses, which all have combustibles, propane tanks and other high fuel level materials, fire crews are struggling to get it contained. 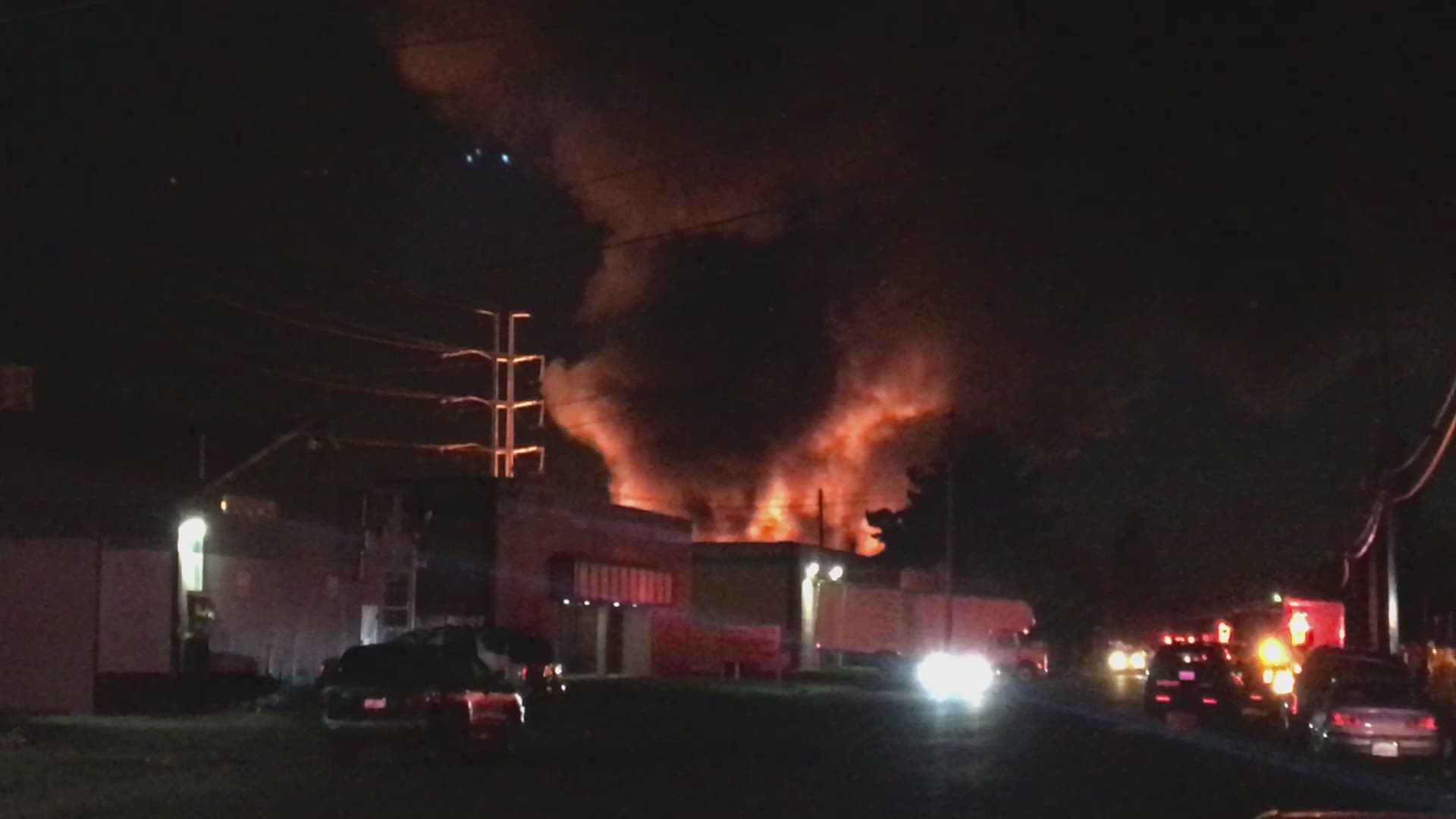 Loesch said there's also a lack of water near the fire, which forced firefighters to leave to get more water.

Two firefighters suffered minor burns while battling the fire. Loesch said it appeared that all civilians were safely out of the buildings.