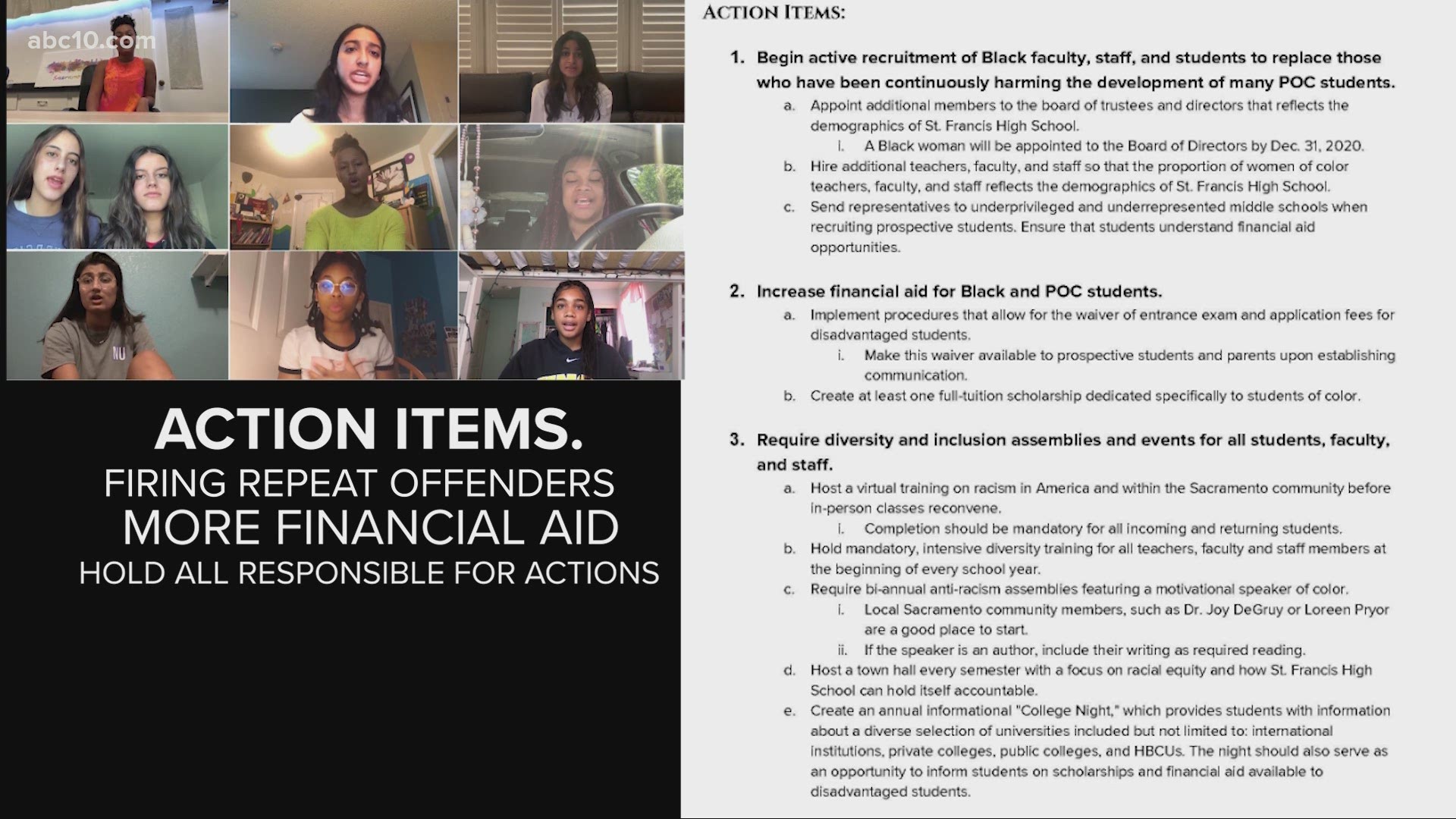 SACRAMENTO, Calif. — In the wake of George Floyd's death and the resulting protests, even local organizations have felt the need to speak out.

At St. Francis High School, students detailed their own experiences of racism after the school posted a response to support their students of color on Instagram.

Comments came in by the thousands as former and current students called the school out. Those students are now taking it a step forward with a petition that includes action items for the school, which is meant to correct what students call a pervasive discriminatory environment.

Bella Silva, a St. Francis alumna, says her experience at the school seemed contrary to their Instagram post.

"My voice was definitely not being heard and they really didn't care about their students of color," said Silva.

"I'd speak up and I'd say, 'Hey my teacher did this and I think it was very inappropriate.' And they'd be like 'Yeah, yeah. We'll handle that. We'll have a conversation,'" Patterson said.

Students who spoke out to the school administration in two listening sessions said these issues went on for years, and they say it’s more than just racism.

"There was discrimination of people with other religions, even though St. Francis claims to invite all religions. That's one of their selling points at the school," said Alexis Dozier, another former student. "Students of the LGBT community did not feel supported at the school. A lot of students just felt really let down by the teachers."

"The petition as well as all of the feedback... will be reviewed over the next 45 days as we create a comprehensive diversity, equity and Inclusion Implementation plan with actionable steps and timelines," St. Francis High School said in a statement to ABC10.

The school's statement went on to say that they will implement "concrete solutions to address racism...."

"I felt like, 'I have to go now, and I'm leaving you to the sharks and I'm really sorry about that.' And I hated feeling this way,” Patterson said, reflecting on her goodbyes to campus friends.

Her goal, along with the other students and alumni who signed the petition is to look out for the future of all students of St. Francis regardless of race, ethnicity, sexual orientation or religion.