Last week, following days of people forcibly removing statues of colonizers and monuments of the Confederacy, somebody threw red paint on the John Sutter statue. 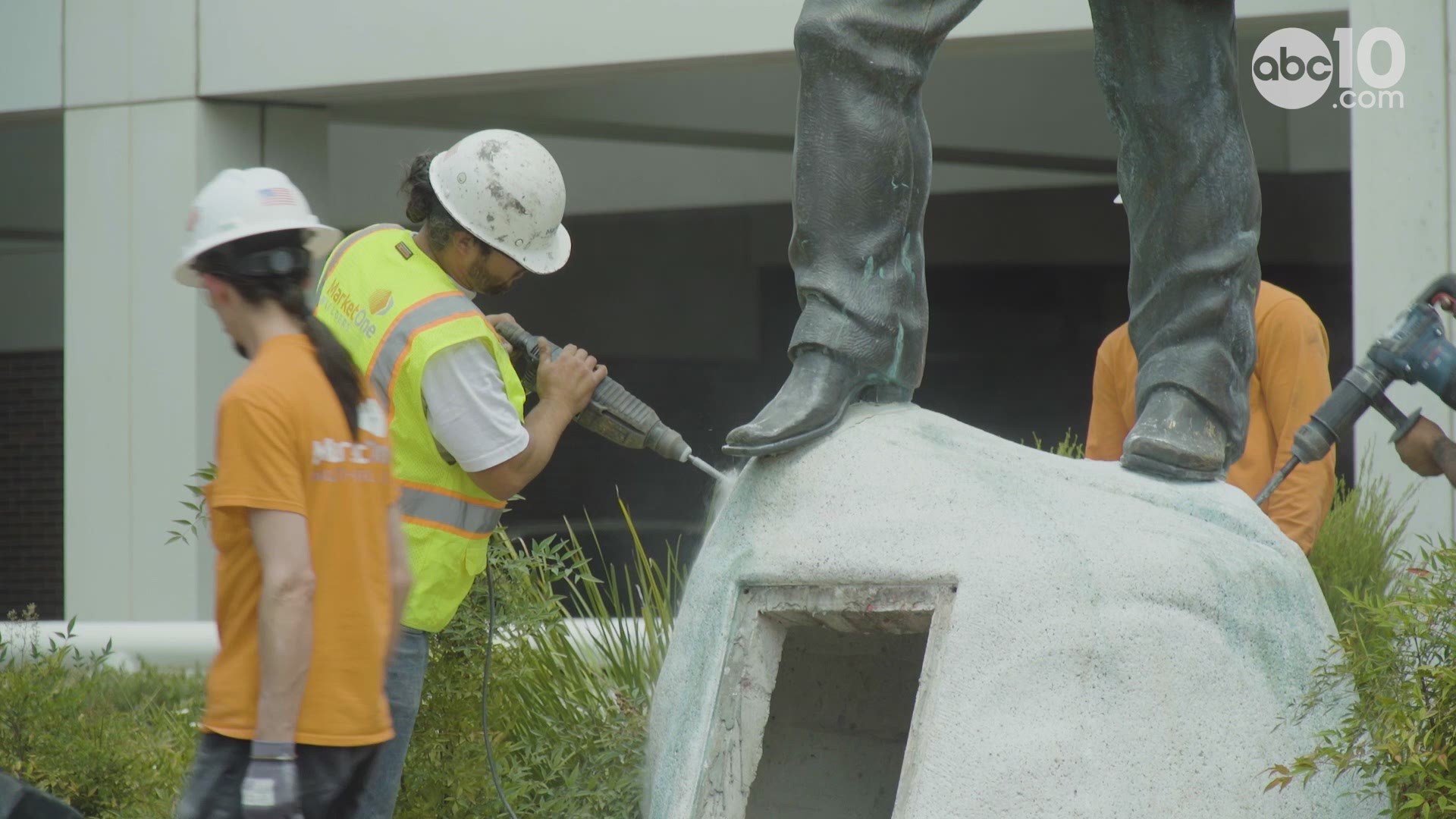 SACRAMENTO, Calif. — The statue of John Sutter, a colonizer of California land during the gold rush who founded Sacramento, was removed one week after somebody threw red paint on it.

A spokesperson from Sutter Health told ABC10 in a statement that the medical company removed the statue "out of respect for some of our members' viewpoints."

"There are important conversations happening across the country about the appropriate representation of statues and monuments," the statement read, "and we look forward to listening to and participating in future conversations about how our own community may display artwork from the different communities and individuals that have played important roles in Sacramento’s history."

The statue was originally donated to Sutter General Hospital, the spokesperson said. It's unclear if the removal is temporary or to where the statue is being moved.

Last week, following days of people forcibly removing statues of colonizers and monuments of the Confederacy, somebody threw red paint on the John Sutter statue, which sits on 28th and L streets across from Sutter's Fort.

Sutter was a German-born Swiss pioneer who founded Sutter's Fort and colonized what would eventually become the city of Sacramento. The discovery of gold on the land in 1848 led to the California Gold Rush.

While he is a Northern California pioneer, Sutter also enslaved hundreds of Native Americans and even committed violent acts upon them.

Because of Sutter's founding of the city, much of Sacramento is named after the controversial figure. Sutter Health, which was founded in 1921, was named after Sutter's Fort, which is located across the street from the medical centers.