The Clark family's relationship with police is evolving from confrontation to collaboration. It comes as the family plans to mark Stephon's birthday on Saturday. 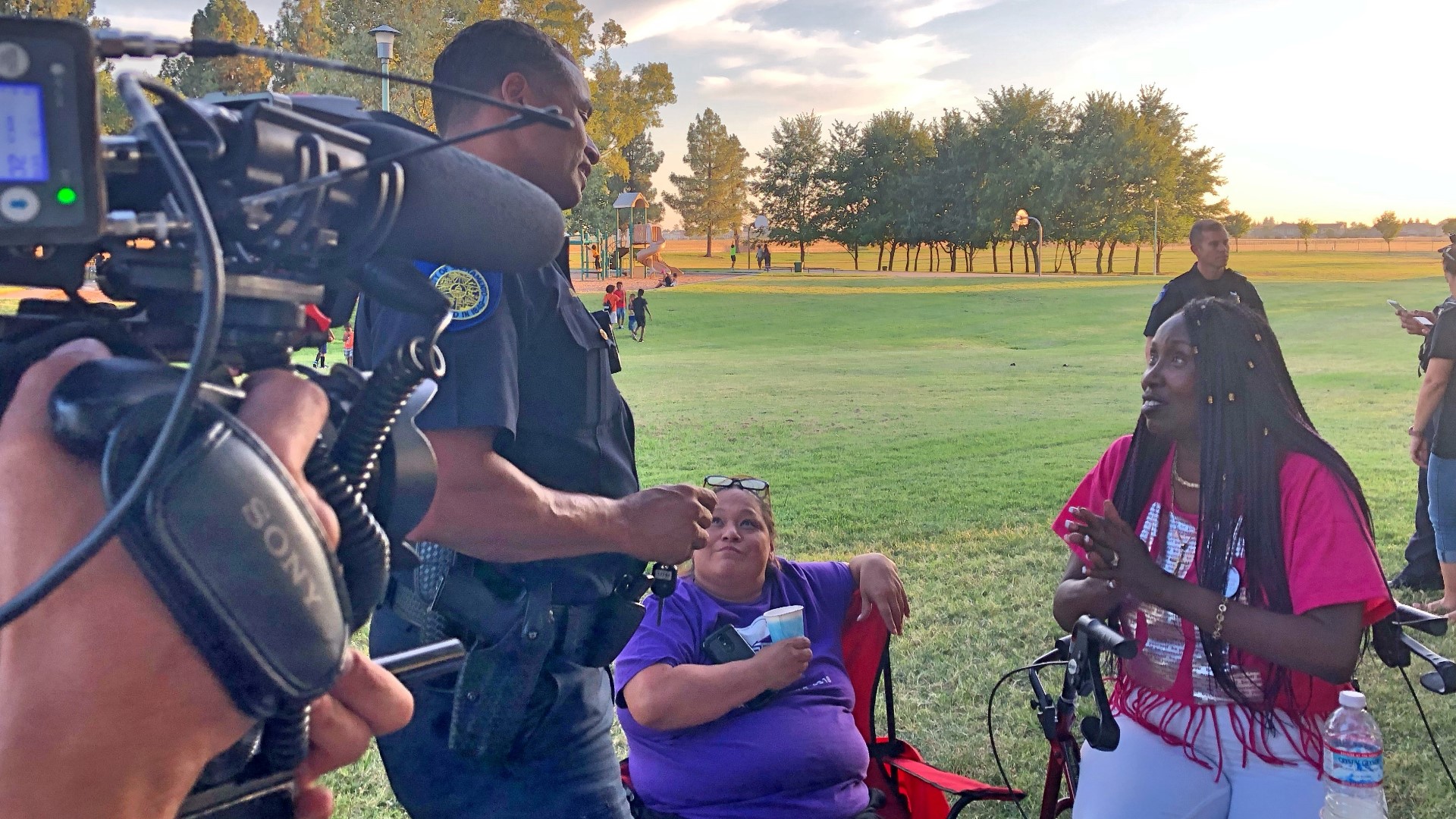 SACRAMENTO, Calif. — ABC10's cameras were rolling as the Meadowview Neighborhood Association marked National Night Out with music, back to school giveaways, and a small but monumental embrace between Sacramento Police Chief Daniel Hahn and Stevante Clark, the brother of Stephon Clark.

Stephon was shot and killed by Sacramento officers in his grandmother's backyard. Police thought he had a gun. It turned out to be a cellphone.

"We are just all taking it one day at a time, and this helps me by going around and talking to the youth and getting these speed bump," said Clark's grandmother, Sequita Thompson, who spoke with Hahn about neighborhood improvements like bringing more speed bumps to the area.

Who can forget the massive protests sparked by the Clark shooting? Demonstrators shutdown the interstate and kicked off a cry for justice heard around the world. Clark's brother Stevante led the charge.

The Clark family's relationship with police is evolving from confrontation to collaboration. It comes as the family plans to mark Stephon's birthday on Saturday with a balloon release ceremony.

RELATED: 'I get to be a voice for my community' | Stevante Clark, Stephon Clark’s brother, appointed to new Measure U committee

Hahn admitted that is was a humbling experience.

"I think when everybody is humble enough to see how they can get better and hold each other accountable," said Hahn. "What you see happening here today where officers are talking to kids...kids are playing basketball and the police just look like they are part of the community...this is what we could have everyday."

Hahn says he will also travel to Washington, DC with Stevante soon for a congressional roundtable discussion.