Clark said finding Chauvin guilty in the death of George Floyd was "justice" for his mother and grandmother. 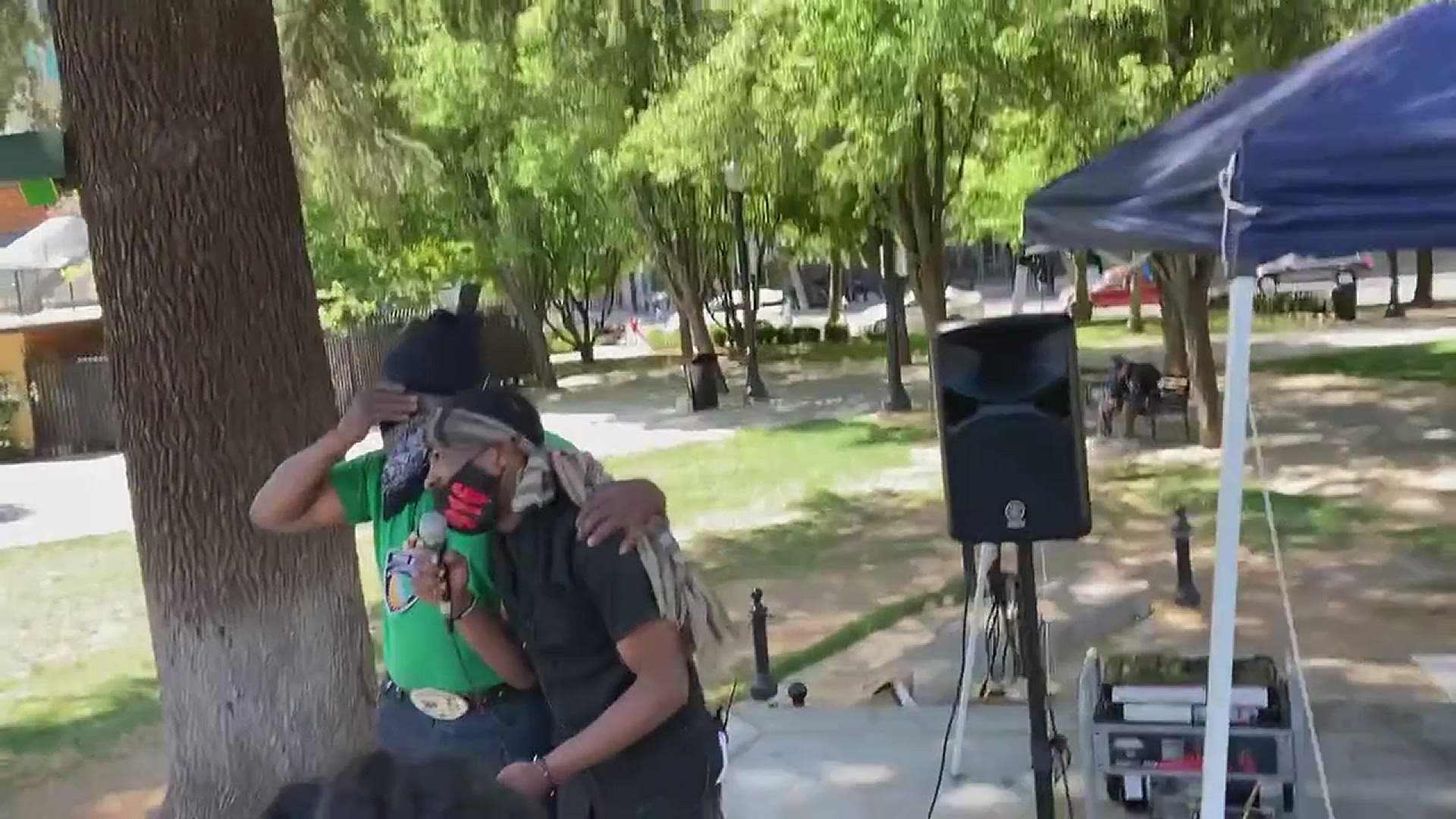 MINNEAPOLIS, Minnesota — Stevante Clark fell to his knees when he heard the verdict: "Guilty."

"It's done," Clark said as another 'guilty' could be heard over the live feed. "It's been a long time coming."

Clark, with microphone in hand, pounded his chest where his heart would be.

"It's been a long time coming," he repeated.

The trial of Derek Chauvin has been fraught with emotion for the brother of Stephon Clark, who was shot and killed by Sacramento police officers in 2018 as he stood in his grandmother's backyard. He was holding a cell phone, which officers said they thought was a gun. The officers were not charged in his death.

To see Chauvin found guilty on all three counts in the death of George Floyd was "justice" for Clark's mother and grandmother, Clark said.

Stevante Clark fell to his knees the moment he heard the word “Guilty” @ABC10 pic.twitter.com/vVJ8fzdMoW

The Clark family has been dedicated to creating community resources in the South Sacramento area since the death of Stephon and has been outspoken about police violence against people of color.

Though there was a celebratory atmosphere in the air, Clark was quick to point out other cases like that of George Floyd are still awaiting and may never see an outcome like this.

Clark said that his grandmother is currently in the hospital, and he believes it's "because of a broken heart."

"Grandmother's so stressful through this trial, through all the deaths," Clark said.

However, Clark said that the support within the community has been powerful. That support will only increase following this verdict.

"We that hold each other together and keep each other connected, like me and the other members of the movement, you know, this is heartwarming," Clark said.