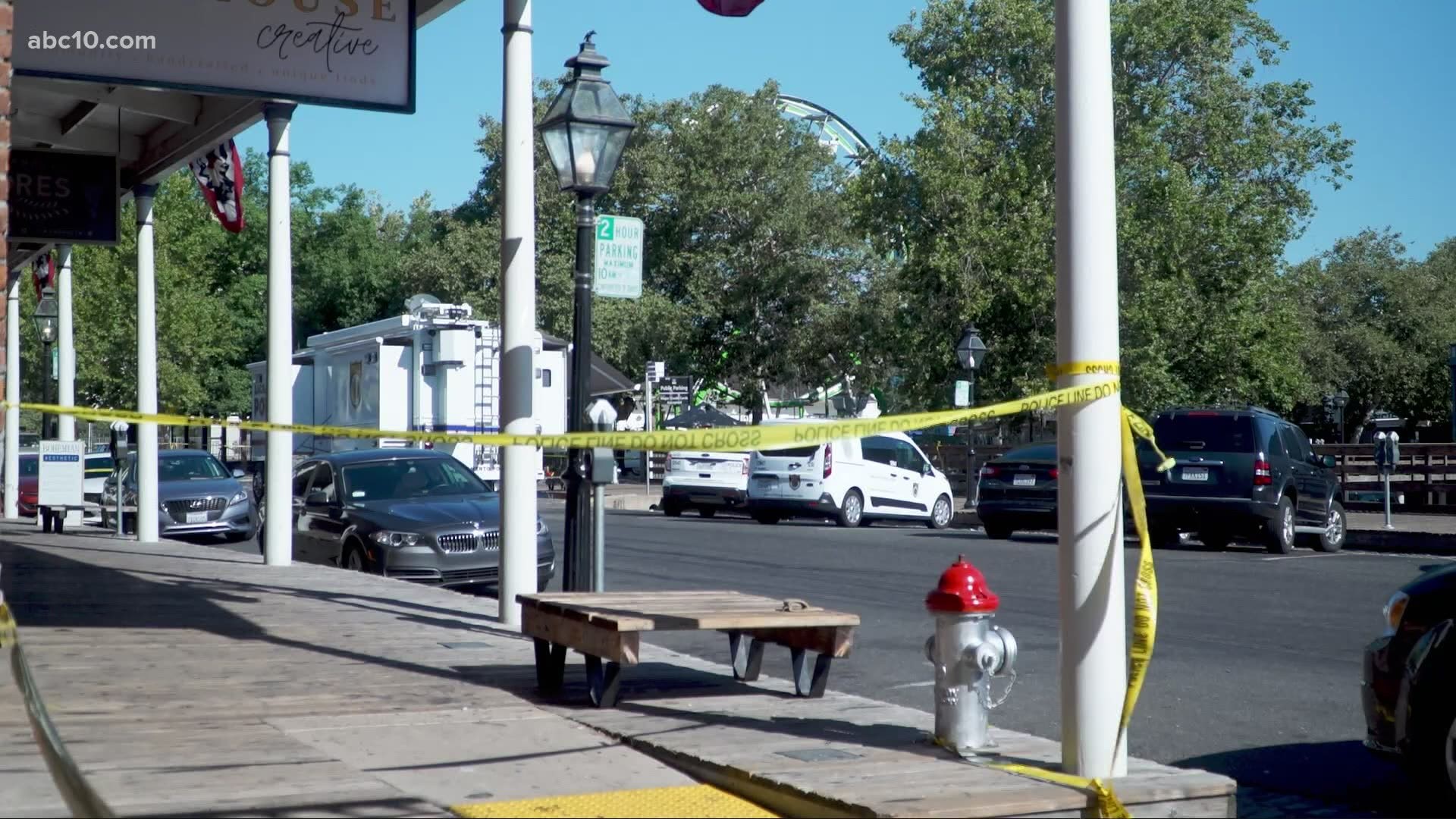 SACRAMENTO, Calif. — After two people were shot and killed and others injured following a shooting Old Sacramento on Friday, July 23, city leaders are looking for ways to increase safety along the waterfront.

Sacramento Mayor Darrell Steinberg says he plans to meet with business owners in the area to discuss ways to improve safety, not just for visitors but businesses, as well.

"We are going to do everything we can to try to ensure the safety of a very important part of our city," Steinberg said.

Some community stakeholders are suggesting it may be time to get rid of the Ferris wheel that’s attracting a lot of unsupervised children to the area on the weekends.

“That idea actually came from some of the business owners and honestly, I think I might agree,” Sacramento city councilwoman Katie Valenzuela said. “I think right now we have to think about how do we reduce the attraction that Old Sac is providing to unsupervised adolescents, but how do we increase the positive places for them to go.”

The Ferris wheel opened in October 2020 as a way to encourage more people to visit the waterfront.

"I think Ferris wheels are cool. I think that's a nice addition, but one of the things I want to talk about with the community is whether or not that's a problem,” Steinberg said.

Valenzuela says she’s also hearing from some business owners about another growing issue.

“Things like irresponsible use of the ride shareables, the scooters, things like the Ferris wheel and other things that are attracting adolescents that don't have supervision,” Valenzuela said.

One other possible response that's being discussed is a youth curfew. However, Steinberg says it's a last resort.

"I don't support criminalizing young people as a result of all of this. I think that the issue here goes much deeper than that,” Valenzuela said. "I just think enforcing a curfew like that would be the wrong way to go. I think we can really think about resources and how do we invest in places like Old Sac, and how do we invest in our young people to try to keep everybody safe."