One is an educator, the other is a politician. Together, they have 3 Super Bowl rings

Neither of them are putting on helmets or pads this weekend, but they will be watching as their San Francisco 49ers take on the Kansas City Chiefs. 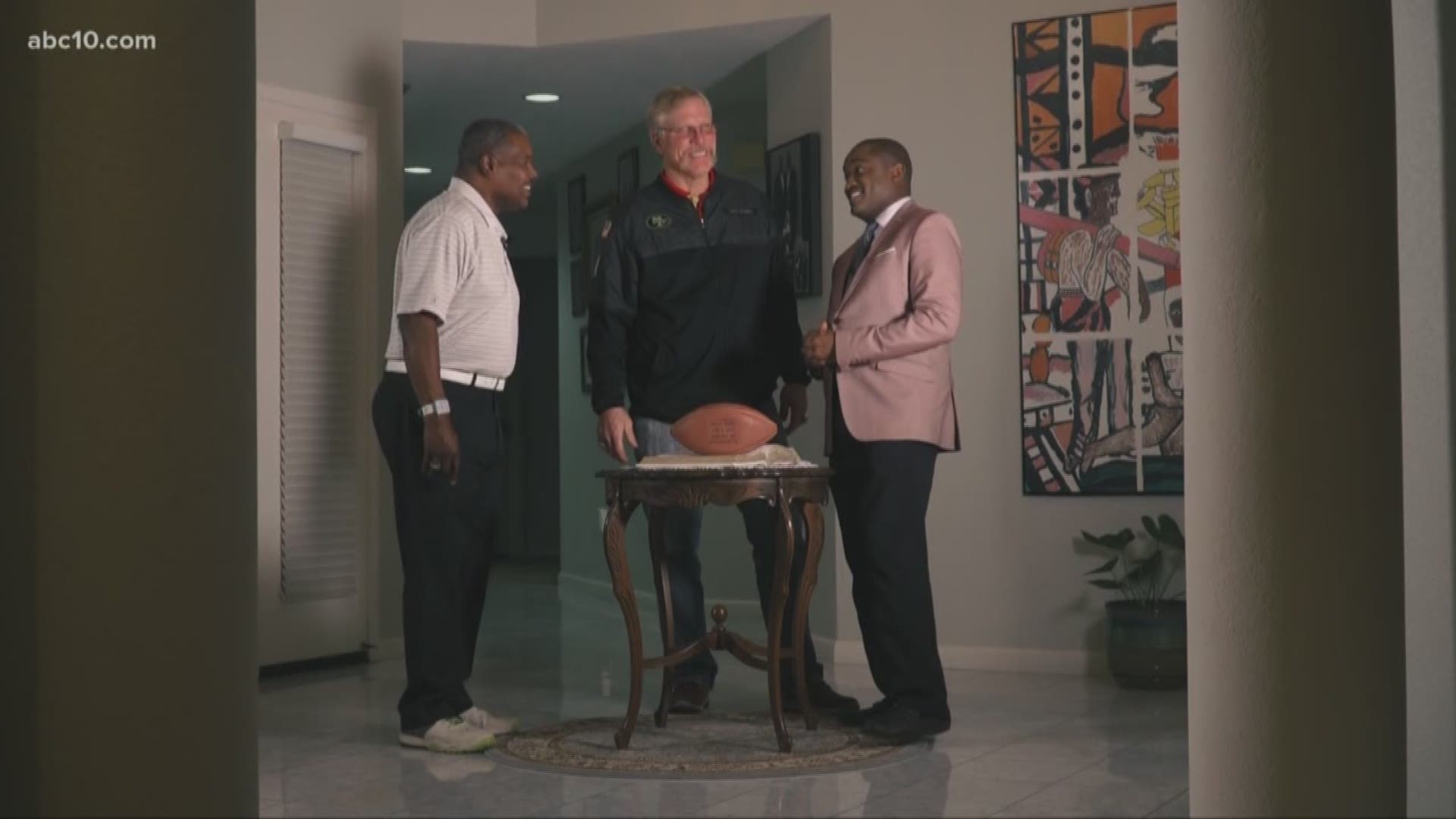 SACRAMENTO, Calif. — Dan Bunz and Rick Jennings have been friends for years. Bunz is an educator in the Sacramento area. Jennings is a Sacramento City Councilmember.

Between the two of them? Three Super Bowl rings.

“He's got two Super Bowl rings and I have one, and I'm mad,” Jennings joked during an interview with ABC10’s Chris Thomas. “I'm almost ready to strap it back up. Just give me one chance. What about this weekend? No that's not going to happen."

Neither of them are putting on any helmets or pads this weekend, but they will be watching the big game as Sacramento's own Arik Armstead and Ahkello Witherspoon make their first Super Bowl appearance with Bunz and Jennings' former team — the San Francisco 49ers.

RELATED: Super Bowl LIV: From coaches to players, 49ers are ready for Sunday

Bunz was born and raised in Roseville. But he’s not known for where he’s from. Instead, for one of the most legendary stops in Super Bowl history, the one that helped the San Francisco 49ers win their first ever super bowl back in 1982.

“I was just a country boy, and then made some great hits,” Bunz said. “Four great hits right on the goal line to save the game — actually be the tip of the spear… I was just thinking we gotta stop them or we're in trouble."

Jennings also made his mark on the field becoming a Super Bowl champion with the Oakland Raiders. He even has a mini Lombardi Trophy to show for it.

“When you're talking about greatness, one of the greatest coaches ever and to have a trophy with is name on it and to say that you've won that trophy — it means a lot to every player who plays this game,” Jennings said.

RELATED: When is Super Bowl 2020: Date, time, performers and more

Jennings and Bunz know exactly how Armstead and Witherspoon are feeling ahead of the big game — their biggest test yet.

As for the result of the game, both Jennings and Bunz predict their former team will win, with Jennings is calling a 24-17 victory on a defensive touchdown.