Our Sister's Keeper Movement held nationwide protests, including one in Sacramento, to protest sexual assault in the military. 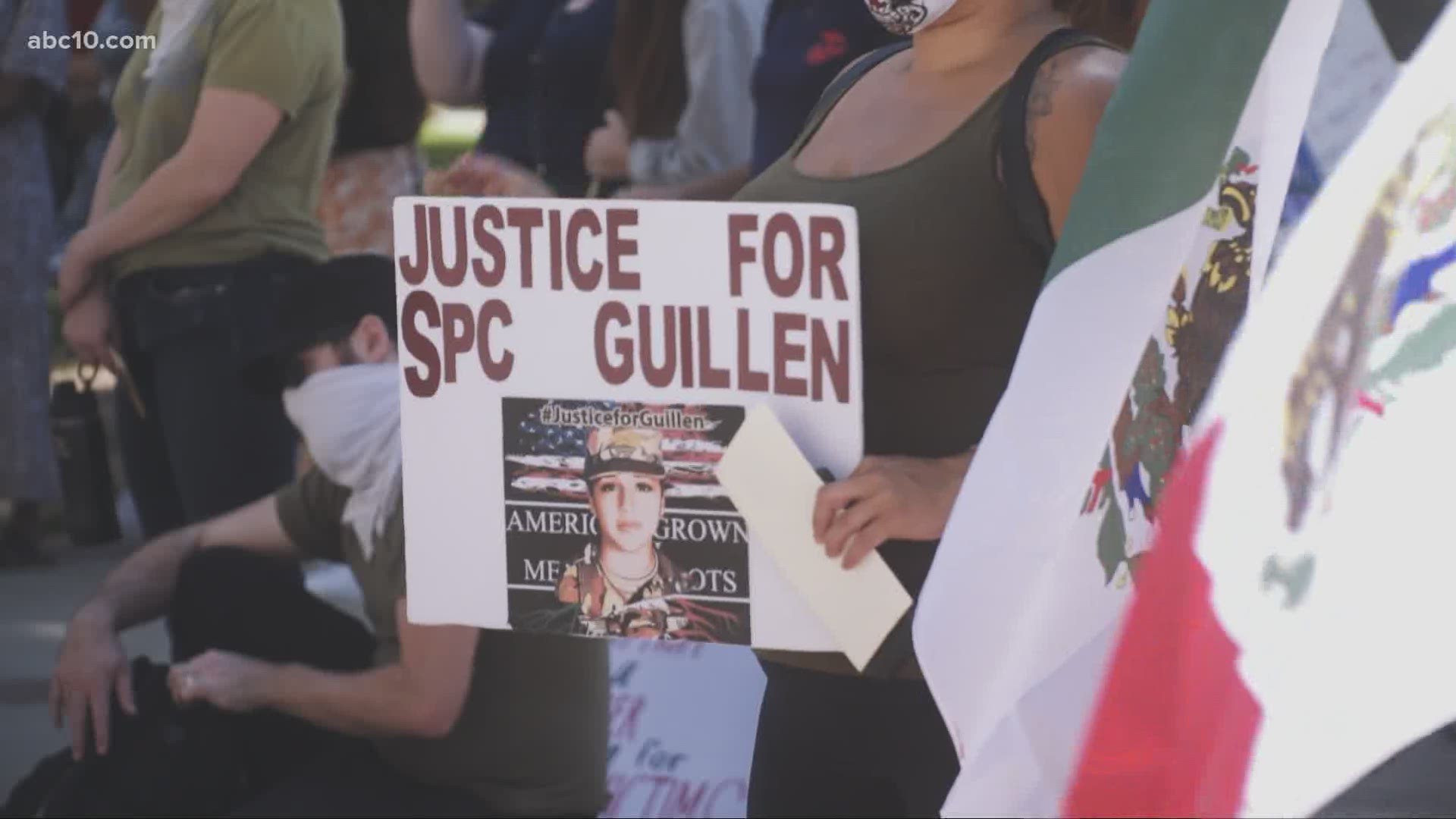 SACRAMENTO, Calif. — Supporters of Our Sister’s Keeper Movement gathered at Cesar Chavez Plaza and walked to the Capitol to continue raising awareness on sexual assault in the military following the death of U.S. Army soldier Vanessa Guillen.

Alisha Jimenez, a local veteran who enlisted in the Army when she was 17, said she knows firsthand how the military deals with sexual assault allegations. She said she was raped while serving overseas.

“I shouldn’t have been drinking, that was their logic behind not helping me. That it was my fault and it followed me for pretty much the rest of my life,” Jimenez said.

Guillen’s family said she reported being sexually harassed before she went missing.

“We need to keep bringing national attention. There are Vanessas everywhere,” Jimenez said.

Jimenez shared her story Saturday as she marched to the steps of the Capitol with the goal of informing people of the battle women in the military go through when they report sexual harassment.

“We are here to bring that to a civilian level we can’t do that on our own. A lot of people are not aware of what’s going on behind closed doors and the pain that’s been caused due to inaction or the way things are handled in the military,” Jimenez said.

Thomas Goetz said he served in the military as well and that what happened to Guillen is more common than people want to believe. Goetz said as a man he will never be able to truly relate to the struggles that women go through in the military, but he does stand with them every step of the way and can amplify their stories

“I can’t relate. I can empathize, and I just can’t believe it happened,” Goetz said.

Gov. Newsom made it mandatory for all Californians to wear a mask while in public but many are still against wearing a face-covering amid the coronavirus pandemic.