'She became more like a sister to me' | Taylor Blackwell's friends discuss her character, their grief

Taylor Blackwell, 19, was found dead in a Sacramento hotel room on Feb. 28. Months later, her friends are still trying to make sense of her mysterious death. 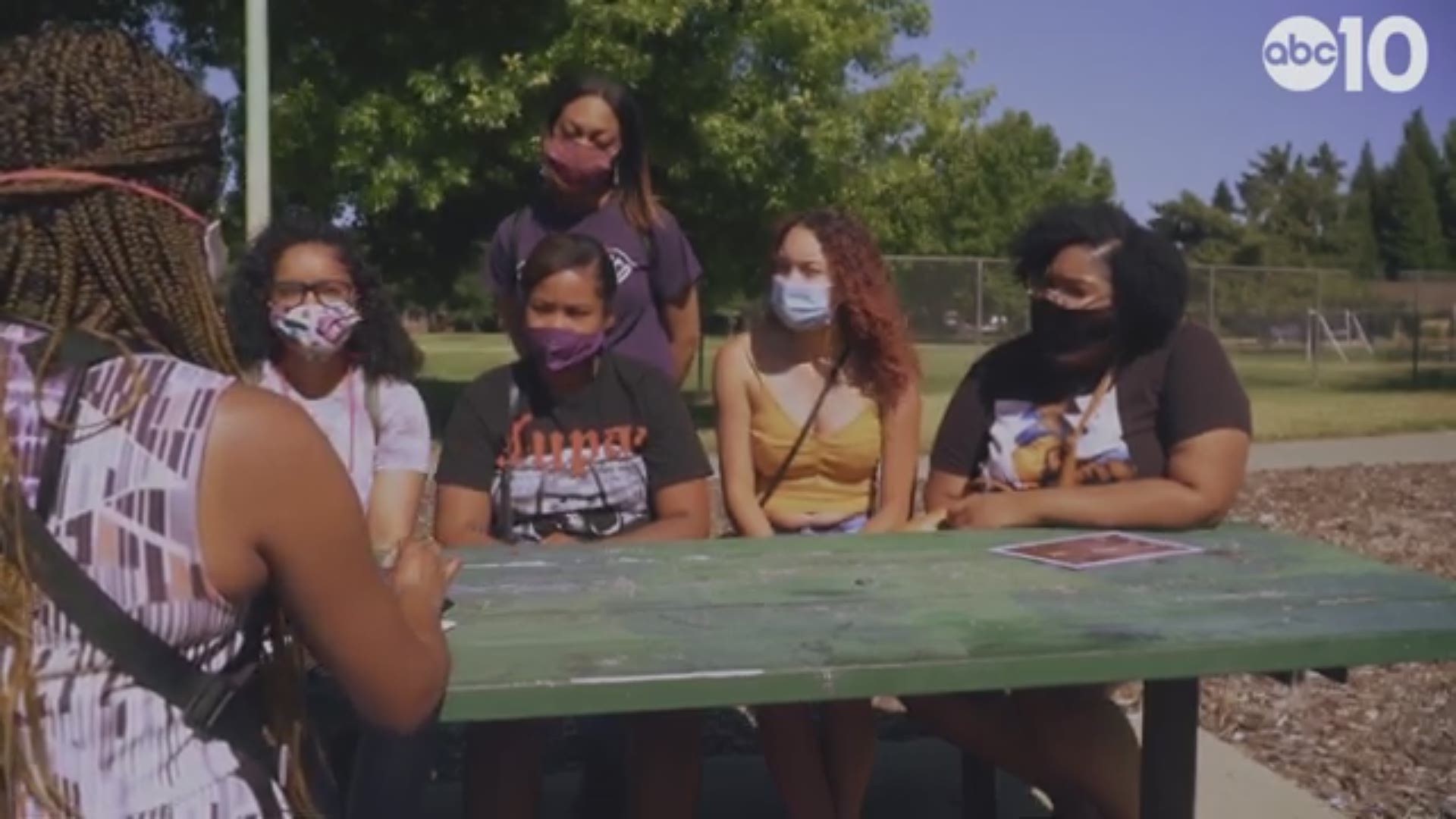 Life after loss is hard, and it’s more difficult to heal when you have no answers on what took your loved one’s life. That’s how family and friends of 19-year-old Taylor Blackwell feel.

The young woman was found dead in a room at WoodSpring Suites Sacramento on February 28. Taylor’s mother, Chiffon Buckner, is still waiting for a cause of death months after her daughter’s mysterious death.

“I just need answers. I need to know what happened to my baby," Buckner said in a previous interview with ABC10.

In a tweet Wednesday evening, Sacramento Mayor Darrell Steinberg said his "heart goes out to the family of Taylor Blackwell.

RELATED: 'My daughter was a light' | Sacramento mother waiting for answers about her teen daughter's death 4 months later

"I have been assured by our PD that they are doing everything in their power to finish their investigation ASAP," he said in the tweet. "Thank you to our community for keeping her memory alive and her family supported."

My heart goes out to the family of Taylor Blackwell. I have been assured by our PD that they are doing everything in their power to finish their investigation ASAP. Thank you to our community for keeping her memory alive and her family supported. https://t.co/UsHYJs79Ak

ABC10 also sat down with some of Taylor’s friends who want answers about the young college student’s tragic death.

Erinee Carson, 20, was Taylor's roommate at the time of her death. She was one of the first people Buckner called when she received news that Taylor died.

"[She] asked me to help her find her baby because the way she got the call, we didn't know where she [Taylor] was at," Carson said. "I didn't believe it at first. I was just hoping her phone was dead. I definitely didn't believe it or process it until the funeral."

Carson said not knowing what happened to her friend of nine years has slowed the grieving process.

"You can't heal from a trauma that you don't know about. You don't know what you're healing from, so how can you heal. It's heartbreaking to know that this isn't the first Black girl, but it was my Black girl. It's hard to process," Carson said.

Carson said she wants people to know that Taylor loved the Black community and believed in supporting other Black people and uplifting Black youth.

"I just really hope that the community hears this story and wants to help her as much as she was willing to give herself to the community," Carson said.

Trinity Williams, 17, helped Taylor’s story go viral after she shared Buckner’s Facebook post about Taylor’s death on social media. Singer Trey Songz came across the post and shared it on his Instagram to his millions of followers.

“I felt like seeing how hurt her mother was and how silenced she’d been by everybody, I just wanted her to be heard. This isn’t just [about] Taylor. This has happened to multiple Black women before," Williams said. "I just wanted to get it out just because she’s my friend and close to my heart and she’s helped me through everything in my life."

Williams said Taylor was a girl who put her full trust in God at all times and kept her head up even during difficult times.

"We've all looked up to her like 'I want to be like Taylor.' She's someone you could just hit up, call and she'd tell you what you needed to hear. People need to know that this is a person who didn't deserve what she got," she said.

Williams said it hurts not knowing what happened to her friend.

"She wasn't the person that you would even think someone would want to do anything to her. It's just surprising to me that she's even gone because it definitely wasn't her time," Williams said.

Credit: KXTV
Taylor Blackwell, 19, was found dead in a Sacramento hotel room on Feb. 28. Months later, her friends are still trying to make sense of her mysterious death.

"She wasn’t afraid to tell you the truth even if you didn’t want to hear it. She was the type of person that would give you her last. She was always going out of her way to help people and it really sucks that people aren’t doing the same.”

Morris said she would have never thought she'd receive a call that Taylor was found dead in a hotel room.

"It all just makes absolutely no sense. It's really hard to process because my imagination runs wild when I try to think about what could have possibly happened with the facts I've been presented with," Morris said.

Morris said she wants people to know that Taylor had big dreams for her life.

"She wanted to put herself out there and really make a difference in the world. There's not many people you can say that you're really close to who want to take on something as big as that," Morris said.

"We just clicked instantly...she always brought out my more outgoing side and stood up for me as a friend too," Johnson said. "Whenever I needed her, I'd call her. She became more like a sister to me...We were very close."

Johnson said Taylor was amazing to everyone -- friends, family and classmates.

"She was definitely someone I could look up to. I saw my kids calling her auntie. She was a great role model and great figure to have in anyone's life," she said.

Johnson said Taylor's death has left her questioning everything.

"I don't have any answers. I feel like if I had answers or any type of more information it would kind of help me heal on the situation a little bit more," Johnson said. "Knowing that everything is still kind of fresh and we still don't really know anything, it's making it harder for us to get closure with the situation.

Cherie Smith is Taylor's younger cousin. She said she lost herself when Taylor died.

"If nobody was proud of me Taylor was," she said. "When I went back to school to get my GED she was juiced...she kept me on track. She always told me what I needed to do in a way that I would really feel her."

"Though we were cousins, we grew up in the same house and were more like sisters," Smith said. "She was my confidant, my protector."

"Some days it feels impossible to go on without her. Not being able to eat, sleep, truly live," she said. "But I remind myself if my auntie [Chiffon Buckner] can get through this, there is nothing I can't or won't get through."

Smith said the family won't be able to properly mourn until they receive answers about Taylor's death.

"How do you mourn someone's death and don't event know how they died in the first place?"