"Nobody deserves to be shot in the face just by protesting peacefully — protesting violence, you know, or police violence," said a cousin of the 18-year-old. 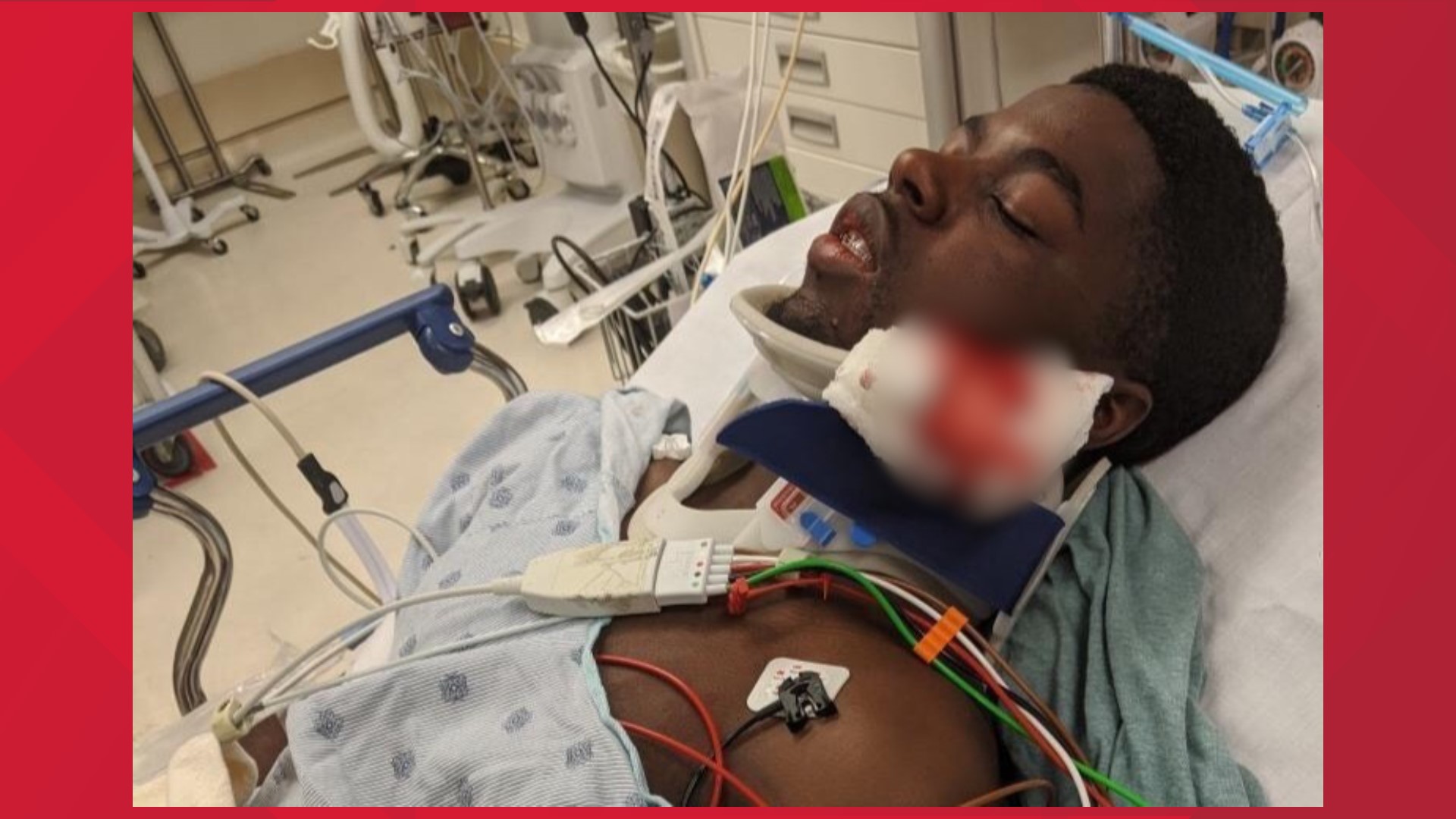 SACRAMENTO, Calif — A video showing a teenager being carried away after being shot in the face by a rubber bullet from sheriff's deputies was widely shared over the weekend after several protests in Sacramento.

The video shows 18-year-old Dayshawn McHolder being carried away by Jack Reichel, a protester-slash-good-Samaritan who was in the right place at the right time.

McHolder's family told ABC10 a woman who was in the area drove him to the hospital where he is still receiving medical attention. McHolder has a major jaw injury and will need surgery.

"Nobody deserves to be shot in the face just by protesting peacefully — protesting violence, you know, or police violence," Jones said. "So it's just unfortunate. So we are just trying to take it day by day, minute by minute."

The Sacramento County Sheriff's Office said they are investigating how McHolder got injured and said they cited him for assault on a peace officer.

"It's just, you watch something like that happen and you look down on your arm and it's completely covered with dark red blood," Reichel explained. "You can tell with my voice. I've lost it. I'm screaming. I'm looking at these cops screaming at them and I go up to them and they are smirking and laughing at me."

Another video appears to show McHolder picking something off the ground and throwing it at police. Still, his family insists nothing he could have done would justify this.

They said he's a good kid. He is hardworking, just graduated high school and wants to become a registered nurse someday.

McHolder is in the hospital recovering and the sheriff's office is still investigating.

McHolder's family set up a GoFundMe to help with medical expenses.