Sacramento Police Chief Daniel Hahn said those who vandalized multiple areas in Sacramento are not a part of the Black Lives Matter movement. 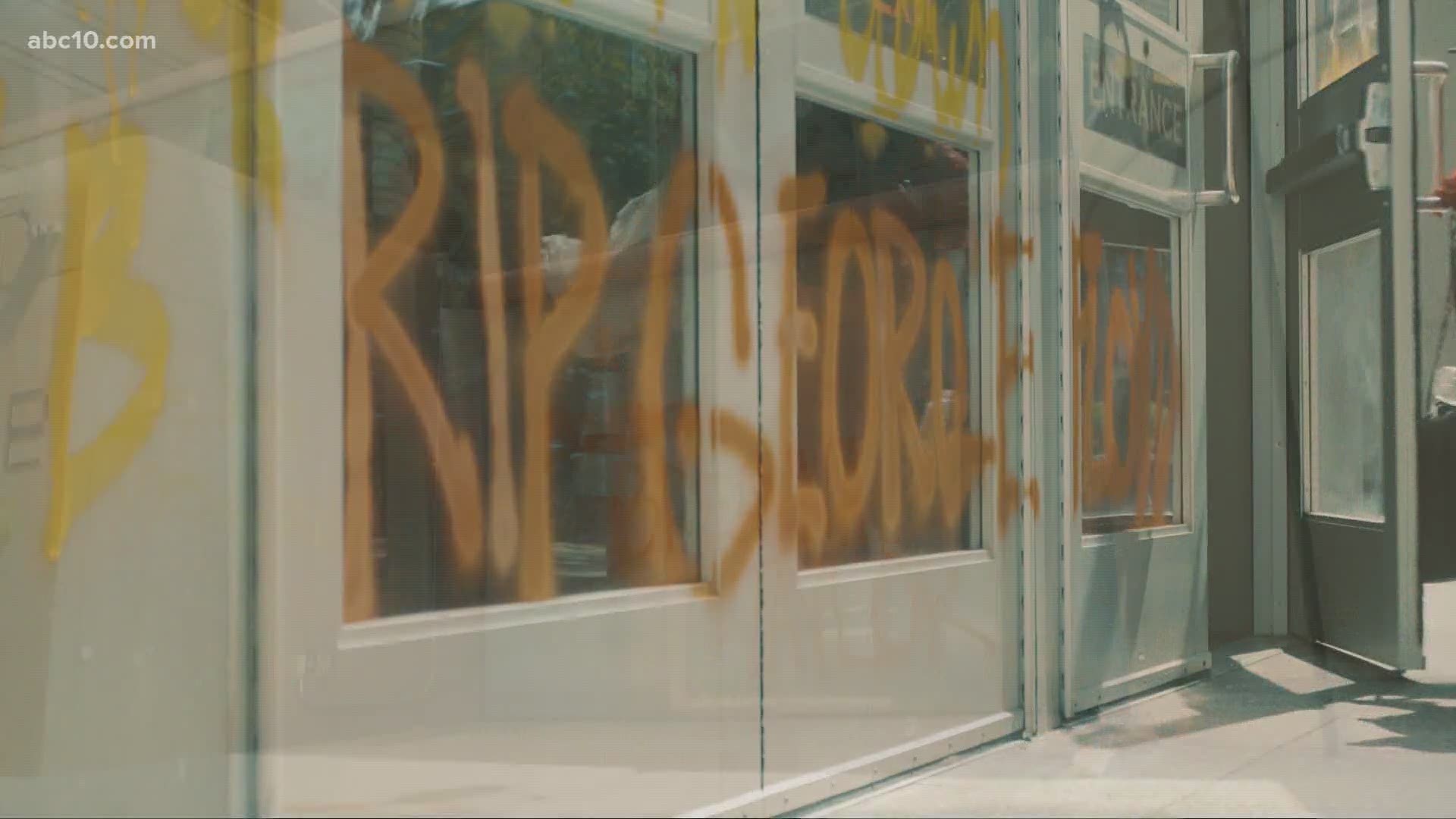 SACRAMENTO, Calif. — Sacramento Police Chief Daniel Hahn told ABC10 not all who gathered over the weekend to protest police reform were peaceful after multiple areas around downtown Sacramento were vandalized.

During last weekend's gathering, peaceful protesters marched towards the Capitol and held speeches on the changes they want to see in Sacramento. However, a different group later showed up that wasn't acting peacefully, Hahn said.

"I felt the need to say something in support of the people who are hurting and wanting change versus the people who just want to cause harm to our city."

Chavez Park was also the target of vandalism as well, Hahn said.

"I've lived here my entire life. I was born here. That's not what Sacramento is about," Hahn said. "Those folks are not here for George Floyd or anyone else. They are here to destroy our city."

Last weekend Peaceful Protestors walked our streets & ended at the Capitol with speeches about the changes they want to see. Later that night, a different group showed up to be destructive in our City-not protest for change.They wore helmets, shields/goggles/carried sticks/rocks. pic.twitter.com/oIqv59qe0t

Hahn said he makes a distinction between protesters who arrived earlier in the night and those who showed up wearing helmets and shields. Those who left behind the destruction are not part of the Black Lives Matter peaceful protests.

There was at least one arrest following the weekend's protests, and that there are more likely to come in the upcoming days, he said.

"If the past is any indication, there will be more arrests in the future as we identify people and arrest them for whether it's broken windows or graffiti," Hahn said.