EarthCam captures the start of Keeping up with the Peregrines: Season 2 with a surprising amount of hatchlings. 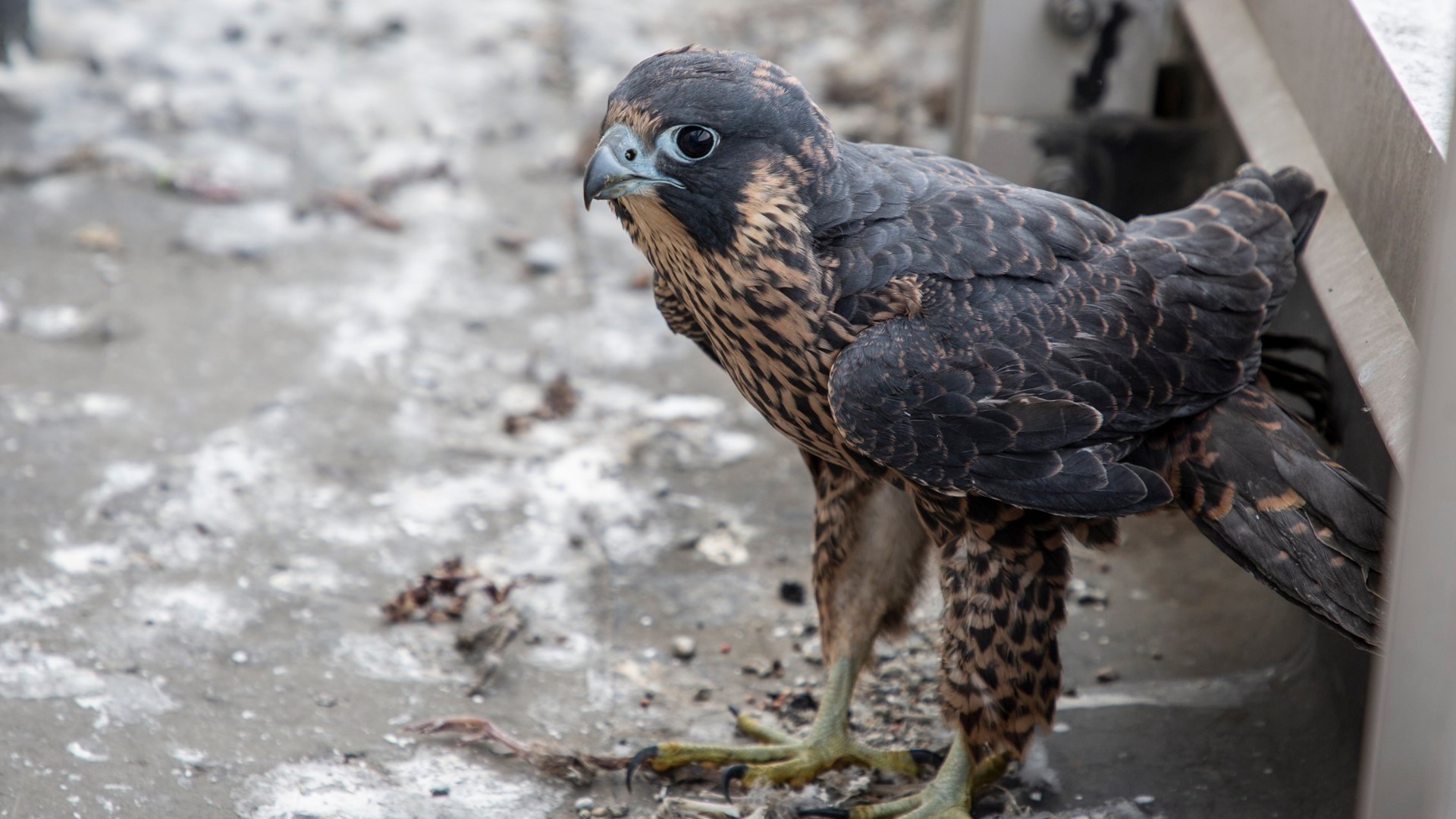 SACRAMENTO, Calif. — Five baby peregrine falcons hatched over the last weekend of April on the roof of the UC Davis Medical Center in Sacramento, a highly unusual amount of hatchlings.

The journey to this extreme success for the peregrine parents was five years in the making. The falcon couple first arrived in Sacramento in 2015. Those with a keen eye for birds of prey noticed the pair immediately.

Bill Corbett, who works in the UC Davis Health Purchasing Department, is an avid falconer. He became interested in raptors while he was an undergraduate at UC Davis, and has helped to care for the peregrine pair since they first arrived.

"It was about five years ago when we first, as a avid birder and also a falconer, I saw the peregrines flying around here, and I saw them going up to the area where they're nesting," Corbett said.

There was no nest box at the time like there is now, and though the falcon pair laid an egg, the hatchling sadly never emerged. The next year, Corbett decided to build a nest box for the peregrines, aiding in what way he could to make sure future hatchlings would make their way into the world.

"And lo and behold, I think it was four years ago, where we had the first baby hatch," Corbett said.

The falcons returned several times throughout the years to nest. Curious to watch the future hatchlings grow, public affairs at the medical center setup a live feed through EarthCam. When four baby peregrines successfully made their way into the world in 2019, researchers dubbed the event "Keeping up with the Peregrines: Season 1."

2020 is already proving to be a thrilling Season 2. 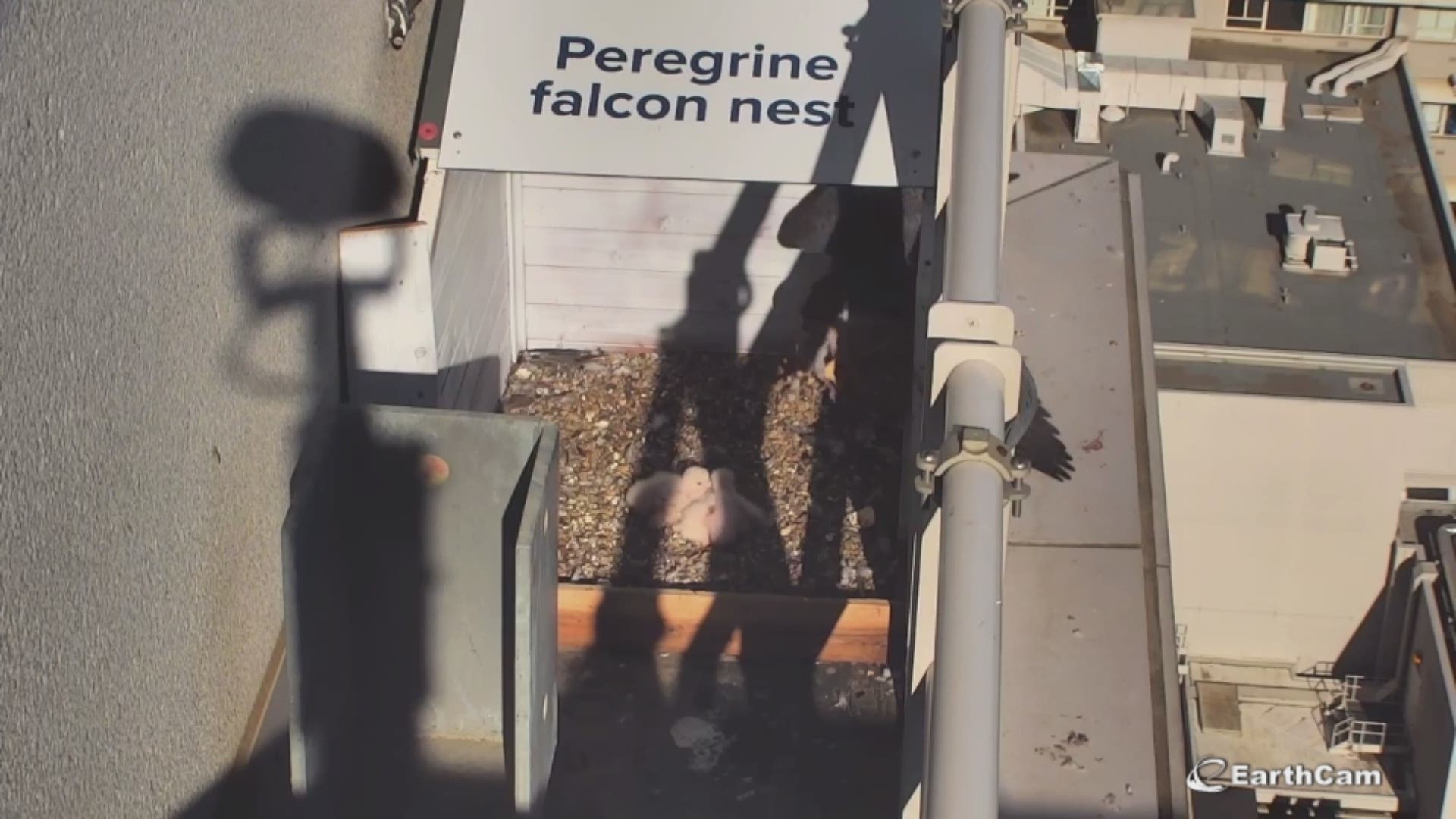 The family at UC Davis Medical Center is not the only successful raptor nest this year. At UC Berkeley, a pair of peregrines welcomed three chicks into the world.

It is not unusual for raptors to nest in urban areas, despite the obvious hazards. Raptors prefer to nest in high places, making tall buildings an ideal environment. Up high, the chicks are safe, and really only have to fear great horned owls, according to Corbett.

"Years ago, they'd be on cliffs and more, you know, areas outside, but now with them kind of making a comeback…they're looking for the best, highest place possible where there's lots of food available," Corbett said.

As such, UC Davis Medical Center proved to be optimal for nesting.

Even so, five peregrine hatchlings is unprecedented.

"Typically you know they'll lay two to three, maybe sometimes four eggs," Corbett said. "As with the Berkeley birds, one of them didn't hatch, which isn't unusual. Something goes amiss."

Experts weren't sure if all of the chicks would come of their shells. Sadly, experts estimate the first-year survival rate for peregrine chicks to be about 50%. The peregrine falcon was previously on the federal list of Endangered Species and was one of the first birds to be placed on California's Endangered Species List. The raptor was removed from the federal list in 1999, thanks to efforts by The Peregrine Fund and others. The ban of DDT in 1972 across the U.S. also helped the species recover, leading to its removal from the state Endangered Species List in 2009.

"It is unusual to see five," Corbett said. "I've talked to some friends and other falconers in the wild, and four is the most they've ever seen."

Corbett says that this success probably speaks to the experience of the peregrine parents and the abundance of food in the area. Urban peregrine falcons typically eat other, smaller birds, like pigeons and waterfowl. Located right next to the Yolo Basin, these peregrines are set when it comes to finding meals.

The chicks are likely to take their first flight in mid-June. After that, the peregrines may stick around the area, or will venture off to wherever food is most abundant.

You can watch the progress of these adorable fluff balls live. 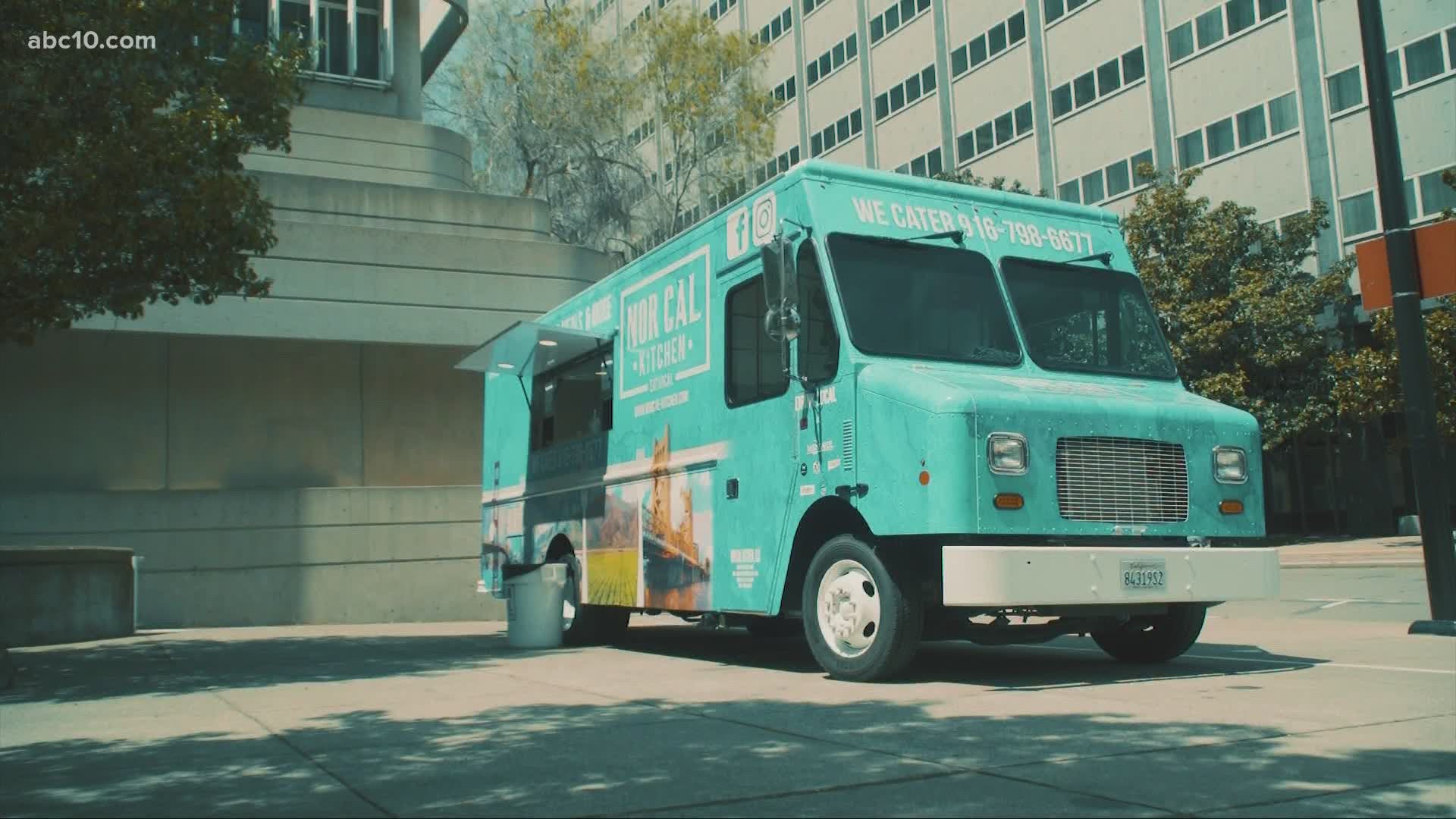