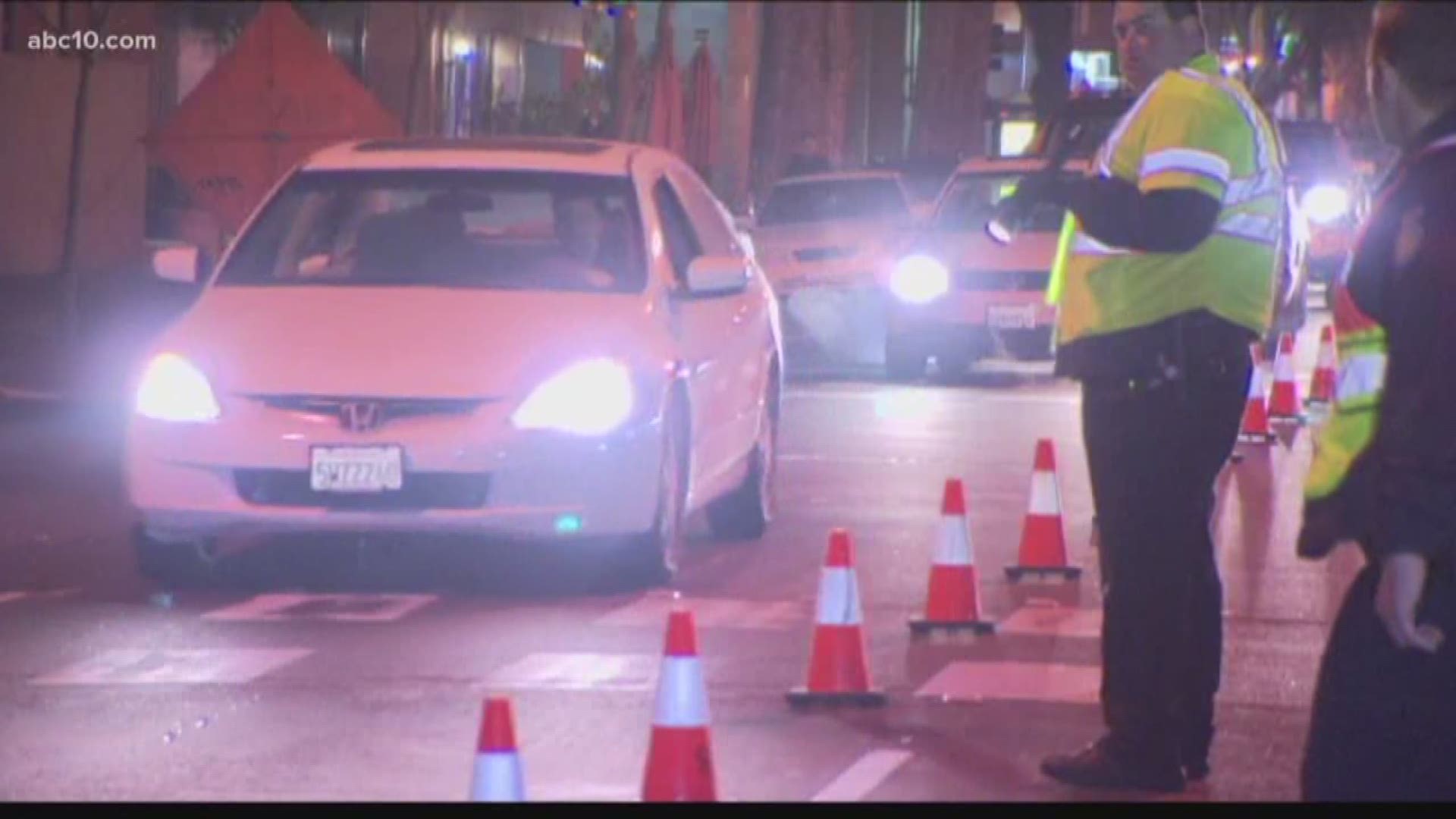 Sacramento police announced Sunday morning that they arrested Allen Vang for allegedly driving under the influence during the crash.  A statement released by police said Vang was driving a Toyota FJ Cruiser that collided with a Cadillac CTS.  The driver of the Cadillac died.  The victim's name hasn't been released by authorities.

One person was killed and three injured in a suspected DUI crash Saturday night, according to Sacramento police. The crash happened near the intersection of Franklin Boulevard and Idaho Drive at about 9 p.m. Saturday.

The suspected DUI driver was driving south on Franklin Blvd. when he collided with a northbound vehicle carrying three passengers, according to Sacramento Police Department Sgt. Vance Chandler.

"We do suspect DUI to be a factor in this collision," Chandler said.

Credit: Giacomo Luca/KXTV
One man is dead after being struck by a suspected DUI driver, according to the Sacramento Police Department.

The male driver of the Northbound vehicle was killed in the crash, Chandler said. A woman and child were also passengers in that vehicle and were also injured, according to the Sacramento Police Department.

They were brought to a local hospital and are expected to survive, Chandler said.

The suspected DUI driver was also brought to a local hospital as a precautionary measure, Chandler said.   The driver's name a has not been released.

Sacramento's Major Collision Investigative Unit was called out to investigate the crash.