Sacramento Police released dash cam video showing the moment they say an officer lost control of his vehicle and crashed into a teenager during a pursuit in July. 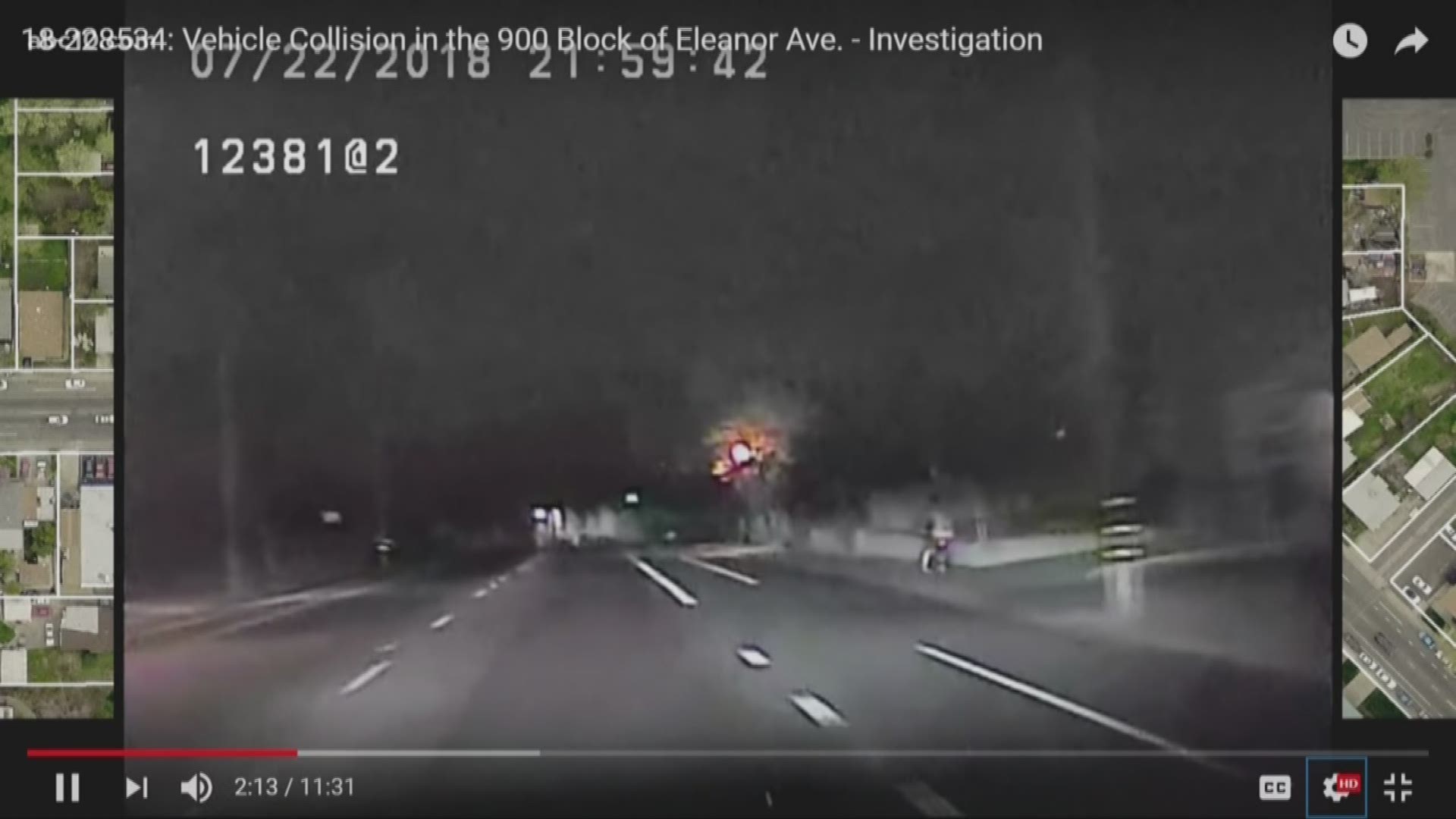 Sacramento Police released dash cam video showing the moment they say an officer lost control of his vehicle and crashed into a teenager during a pursuit in July.

It happened back on July 22 in Del Paso Heights. Police say they were trying to stop the boy for not having a light on his bicycle, when the teen took off.

According to police, “understeer” caused the officer to lose control of his SUV cruiser which then careened into the teen as he was running in front of a home in the 900 block of Eleanor Avenue at Rio Linda Boulevard.

The teen was taken to a local hospital luckily with only minor injuries. He was later cited for resisting arrest.

“Clearly, this collision could have been tragic. I am grateful the young man was not more seriously injured and that no one else was injured. Our training is designed to prevent this sort of thing from happening. We are going to make sure our training- and the officer's adherence to that training- is as solid as it can be.”

A teenage bicyclist was injured after he was hit by a Sacramento police cruiser during a pursuit in Del Paso Heights Sunday, according to police officials.

The 16-year-old is in stable condition at at a hospital, according to a Sacramento Police Department spokesperson.

The incident happened near the 900 block of Eleanor Avenue at Rio Linda Boulevard. Police said an officer attempted to stop the teen just after 10 p.m. Sunday for an unknown vehicle code violation.

SPD investigating an incident in the 900 block of Eleanor Ave.- PIO is enrt, media stage at Rio Linda south of Eleanor #sacpd pic.twitter.com/oWXeEqohtD

The suspect fled on a bicycle as officers chased on foot, police said. An officer driving a patrol vehicle took over the pursuit, used a siren and lights to signal the cyclist to stop, but later collided with the bicyclist.

Tensions were high between neighbors and more than a dozen Sacramento sheriff’s deputies and city police officers standing in a line formation near where the collision occurred.

Neighbors shouted profanities at police officers on the scene and accused them of mishandling the situation.

“This is something that you know what I mean, shouldn’t have took place,” said Lavar Washington, a family member of the injured teenager who witnessed the collision.

The department would not describe how the collision occurred as its a part of the ongoing investigation.

Investigators are expected to be on the scene for several hours into early Monday morning as they look into what may have happened.