Veterans of recent wars in Iraq and Afghanistan are not the only ones struggling with post-traumatic stress disorder. 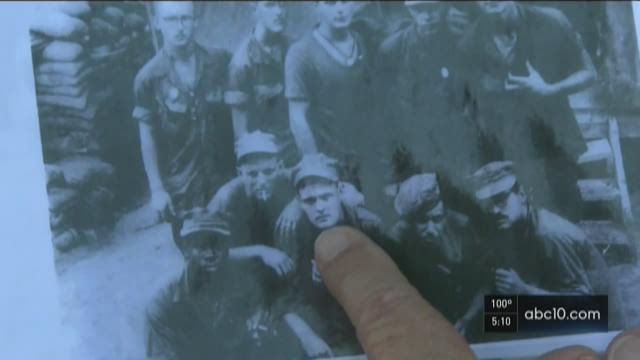 Veterans of recent wars in Iraq and Afghanistan are not the only ones struggling with post-traumatic stress disorder.

According to Veteran’s Affairs, 30 percent of Vietnam veterans have experienced PTSD at some point in their lives.

Chris Lambert, who served in Vietnam, said the realities of war affected him for decades. He received three Purple Heart medals.

“Almost everyone in a fire fight, sooner or later, urinates on themselves. But you never see something like that in a movie,” Lambert told ABC10 News. “So here you are in a firefight and the next thing you know, you’re wet. And the next day you don’t talk about it. Now you think you’re a coward. There’s a lot of trauma created because we haven’t been able to express ourselves.”

Lambert finally sought help for PTSD when he retired from work in the auto sales industry.

“I no longer had the ability to hide from the carnage of Vietnam. As long as I was working 80 hours a week, as long as I had big inventories to raise and lower, people to motivate, I never had to sit down and take a deep breath,” Lambert said. “There was a light switch that turned on in Vietnam. Just because we came home, it didn’t mean it turned off.”

Now, Chris serves as a volunteer chaplain at the Sacramento Veteran’s Administration hospital. He works to connect veterans struggling with PTSD to resources like therapy dog programs.

“One of the reasons I’m so into helping the people I volunteer with is I can’t bring [men from Vietnam] back, but we can sure help a lot now,” Lambert said.