Around 100 friends, family members, teammates and other community members met near where the fatal accident happened. 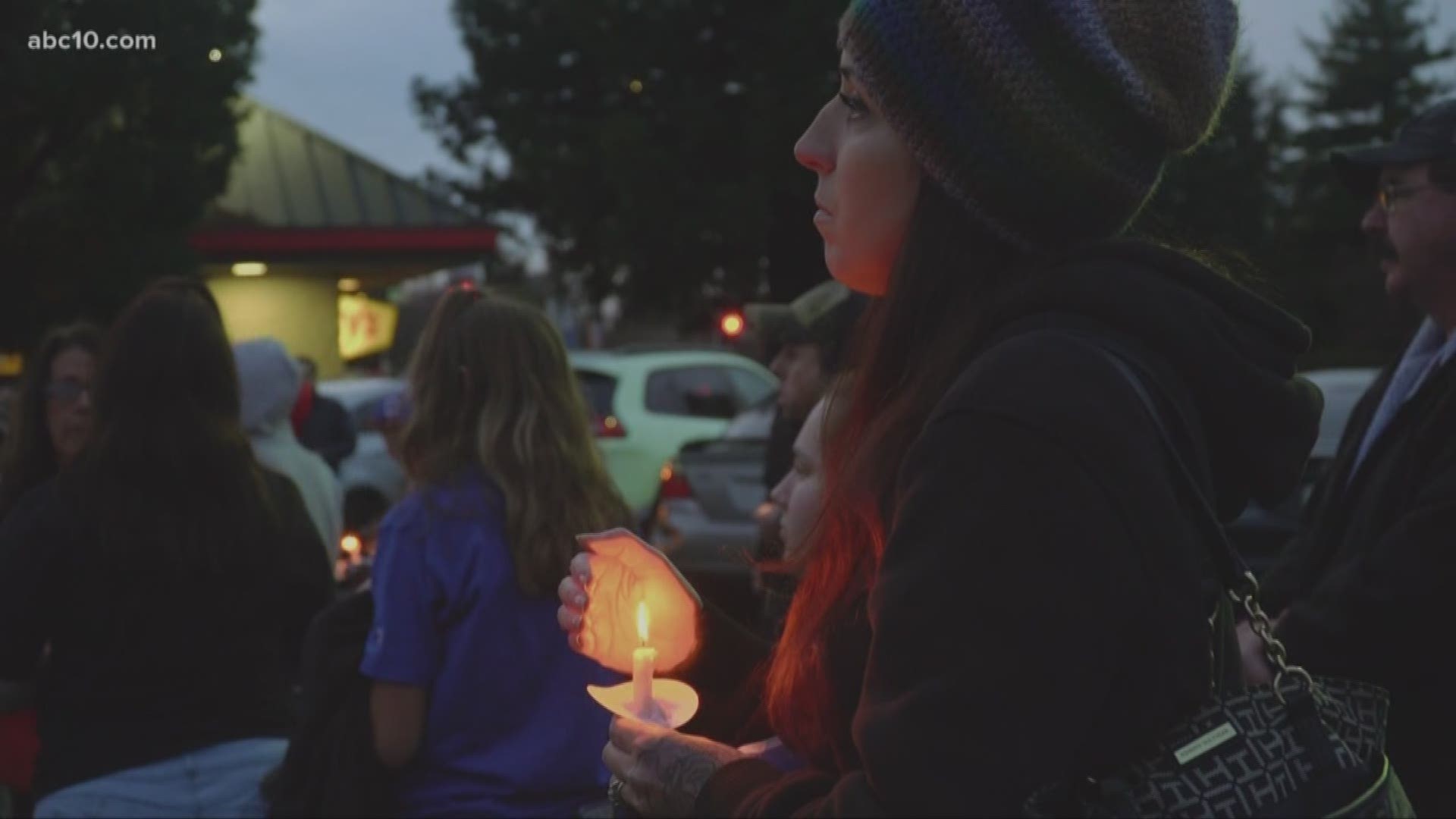 SACRAMENTO, Calif. — Friends, family members and teammates held a vigil Saturday night to honor Kendra Czekaj, the 12-year-old who was struck and killed on Business 80 earlier this week.

Czekaj was killed after being struck by a car on Interstate 80 near Watt Avenue, according to the California Highway Patrol. Czekaj was trying to stop a 16-year-old from running away from the Children’s Receiving Home.

Around 100 friends and family members, teammates, and other community members met near Watt Avenue and Auburn Boulevard for the vigil.

“She was like a sister to me, like a soulmate,” said Isabella Gray, a close friend of Czekaj's. “She was my world.”

Gray described her friend as a heartwarming person who always brought laughter to the people around her.

Czekaj was a cheerleader for the Junior Maverick team. Her former coach, Alyssa Badeker, described Czekaj as a great athlete with a strong personality.

“Feisty, spunky, she was a leader definitely,” Badeker said. “She used to lead our practices, lead the girls in stretches, she was definitely a little helper.”

The driver of the vehicle that struck Czekaj, only identified as a 40-year-old woman from Sacramento, stayed at the scene and cooperated with officers, according to CHP officials.