The alleged shooter, Robert Stephen Calderon, had reportedly previously expressed a desire to die via suicide by cop. 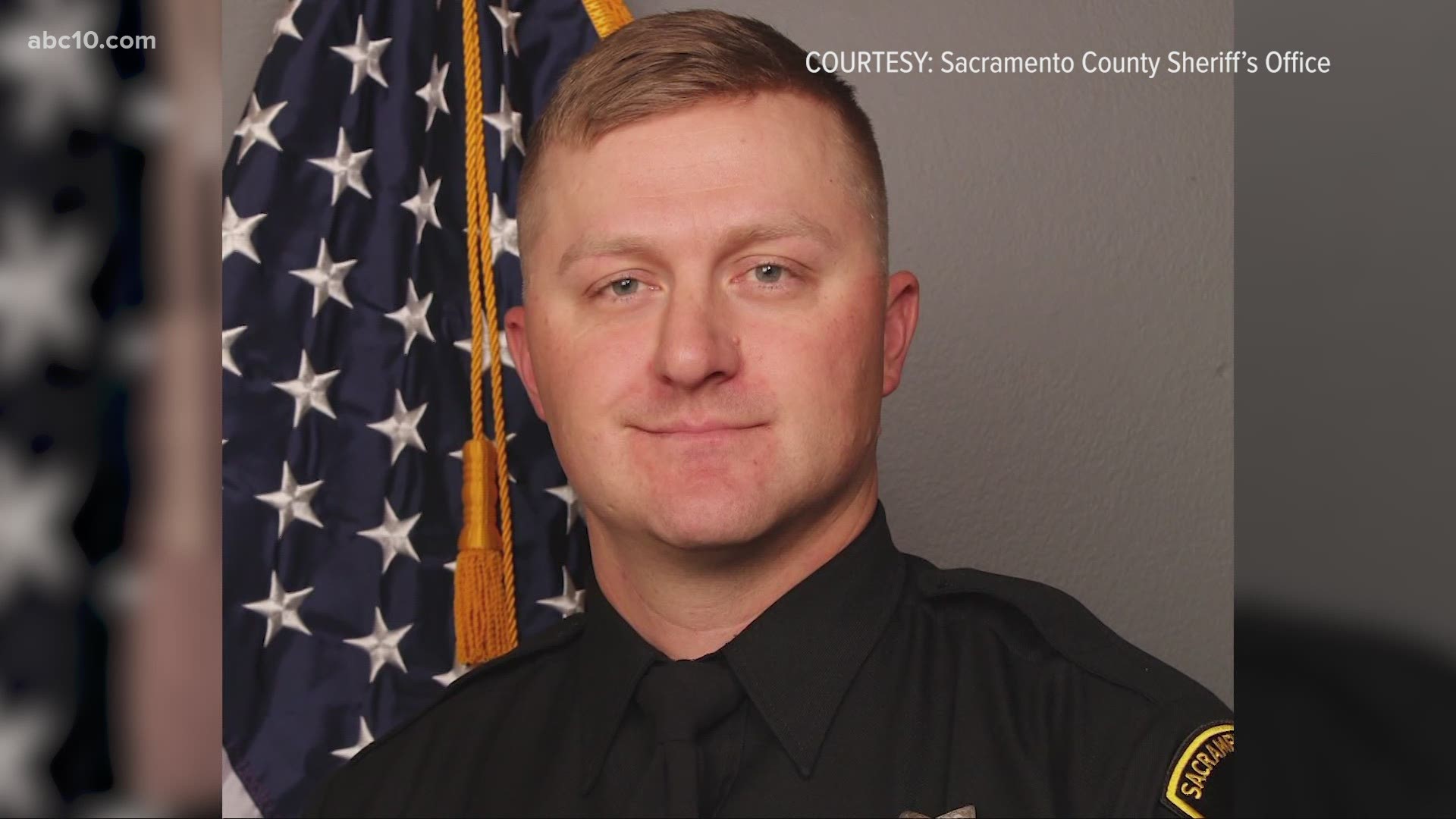 SACRAMENTO, California — The Sacramento County Sheriff's Office have released video of the car chase and shooting that led to the death of Deputy Adam Gibson and K-9 Riley.

The shooting, which occurred on the night of Jan. 18 at Cal Expo, began when Robert Stephen Calderon, 46, led sheriff's deputies on a pursuit through the complex. Deputies initially approached the car because it had matched the description of a vehicle connected to a series of vehicle thefts.

According to Sgt. Rod Grassmann, Calderon, who was also killed in the shootout, was armed with a semi-automatic handgun with an extended magazine, and also had methamphetamine in his pocket. Calderon was on parole for a similar crime, possession of a controlled substance.

Sgt. Grassmann said that Calderon also had previous criminal history in California, Nevada and Oklahoma. California crimes included felony assault, felony evasion, stealing vehicles, driving under the influence, and having a firearm as a convicted felon. In 2005, Calderon admitted to being a member of the Norteños (Northerners), a gang that is affiliated with the Nuestra Familia criminal organization.

Originally assigned to parole in Nevada, Calderon transferred to California, Sgt. Grassmann said in the video. While on parole in California, he had multiple run-ins with the Sacramento Police Department.

"In October of 2005, his mother called 911 and stated that Calderon wanted the police to kill him because he had nothing to live for," Sgt. Grassmann said.

His mother called police again in June 2009 because Calderon had expressed the desire to die by suicide by cop. He had reportedly put a shotgun in his mouth. Calderon was arrested at that time for being a felon in possession of a gun.

Deputy Gibson leaves behind his wife Rachel Gibson, a 9-month-old child, his parents Doug and Sandee Gibson and several siblings. Deputy Gibson had served in the United States Marine Corps and did two tours in Afghanistan. Deputy Gibson received the Sheriff’s Office Bronze Star for Bravery and a Major Incident Ribbon in 2018.

The wounded deputy is 43 years old, a 13-year veteran of the sheriff’s office and continues to heal at home.