What parents should know about California's new helmet safety laws 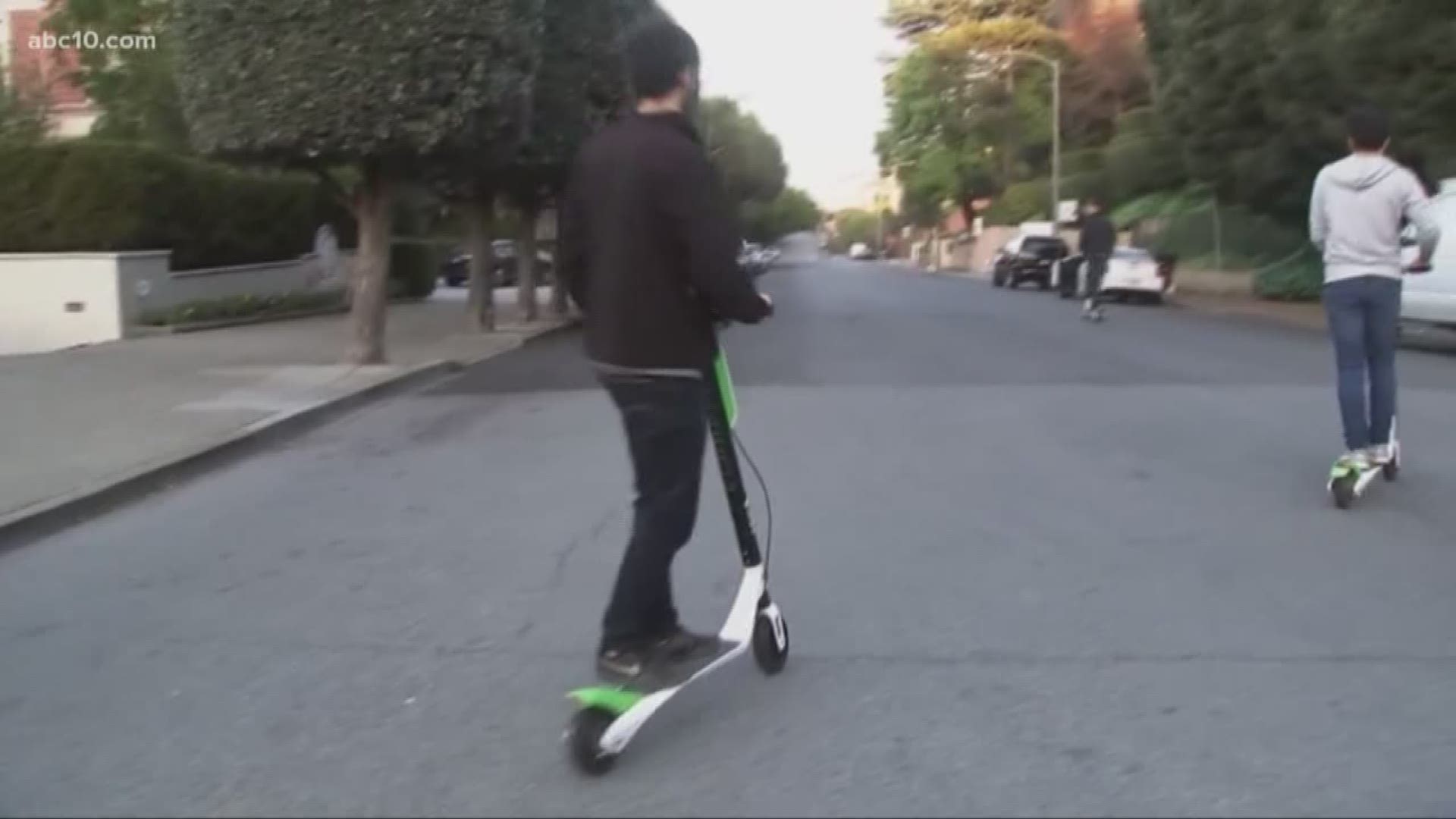 Safety was at the top of the agenda for California lawmakers in 2018.

Among the newest safety laws that begin in 2019, Assembly Bill 2989 and Assembly Bill 3077 are tackling helmets, bikes and electric scooters.

There has been a lot of buzz about electric scooters in the last few months. These sleek, but sometimes silly-looking scooters offer a new and sustainable technology that has taken the transportation world by storm. AB-2989, which becomes law in 2019, makes two changes to the restrictions on motorized scooters in order to better accommodate this relatively new craze.

Some towns, like Frisco, Texas, have expressed concerns over scooter-sharing services like Bird, an electric scooter company that sponsored the legislation. Other cities have embraced the scooters as a solution to specific transit problems, such as parking spaces and pollution. This bill addresses some of these concerns while expanding the privileges of people who use electric scooters.

AB-2989 gives adults the freedom to choose whether or not they want to wear a helmet when riding an electric scooter. Under the new law, helmets would only be required for motorized scooter riders who are under the age of 18.

Currently, anyone who uses motorized scooters must wear a properly fitted and fastened helmet meeting specific standards. Similarly, a person cannot operate a scooter at a speed of more than 15 miles per hour. Motorized scooter riders may not operate on sidewalks, nor on streets where the posted speed limit is more than 25 mph unless that person is in a bike lane.

In 2019, the bill will allow a local authority to authorize the operation of a motorized scooter on streets with a speed limit of up to 35 miles per hour and would also allow the operation of a motorized scooter on a street with a higher speed limit if the scooter is used in a bike line. The existing maximum speed of 15 miles per hour is still in place and scooters are still not permitted on sidewalks.

“Dockless” scooter companies have also created headaches for pedestrian traffic, so this bill addresses the need for clear sidewalks, stating that operators of a motorized scooter are not permitted to leave a scooter lying on its side on any sidewalk.

A second bill on helmet usage will also go into effect in 2019, changing the way minors are ticketed for not wearing a helmet.

The current law states that a person under 18 years of age must wear a properly fitted and fastened bicycle helmet when operating or riding as a passenger on a bicycle, scooter or skateboard.

Ticketing agencies, like local police departments, give tickets to people under the age of 18 who ride without a helmet. These tickets include fines, and though the fee cannot be more than $25 under the law, other fees and adjustments can make the price for not wearing a helmet soar above $200.

AB-3077 will allow a person under the age of 18 to correct a violation of not wearing a properly fitted and fastened helmet if the parent or guardian can deliver specific proof to the agency that issued the ticket that the minor has a helmet and have attended a bike safety course. Following these steps, no record will be brought to the court and the fee will be waived.

This new law basically makes not wearing a bicycle helmet a ‘fix-it’ citation, meaning that an individual can ‘correct’ the violation. The bill clarifies that within 120 days after the citation was issued, a parent or guardian can show proof to the agency that issued the ticket that their child has a proper helmet and that he or she has completed a local bicycle safety course.

The fact that fees have risen so significantly from the base fine of $25 has made collaboration to keep kids safe while bicycling much more difficult to maintain. The helmet law was first enacted in 1993 because of the alarming number of children’s head trauma and injuries related to bicycle crashes, many of which were preventable.

AB-3077 aims to increase awareness about helmet safety for minors by attempting to eliminate penalties in the form of fees. According to the author of this bill, “Some believe that the rising level of the cost of the infraction may have led to decreased enforcement among law enforcement agencies as they may be reluctant to issue a citation to a minor that may cost hundreds of dollars.”

If you're viewing on the ABC10 app, tap here for multimedia