The skeletal remains of a woman were found by a fisherman in 2008 in the Delta. 12 years later, she has not been identified and her killer is unknown. 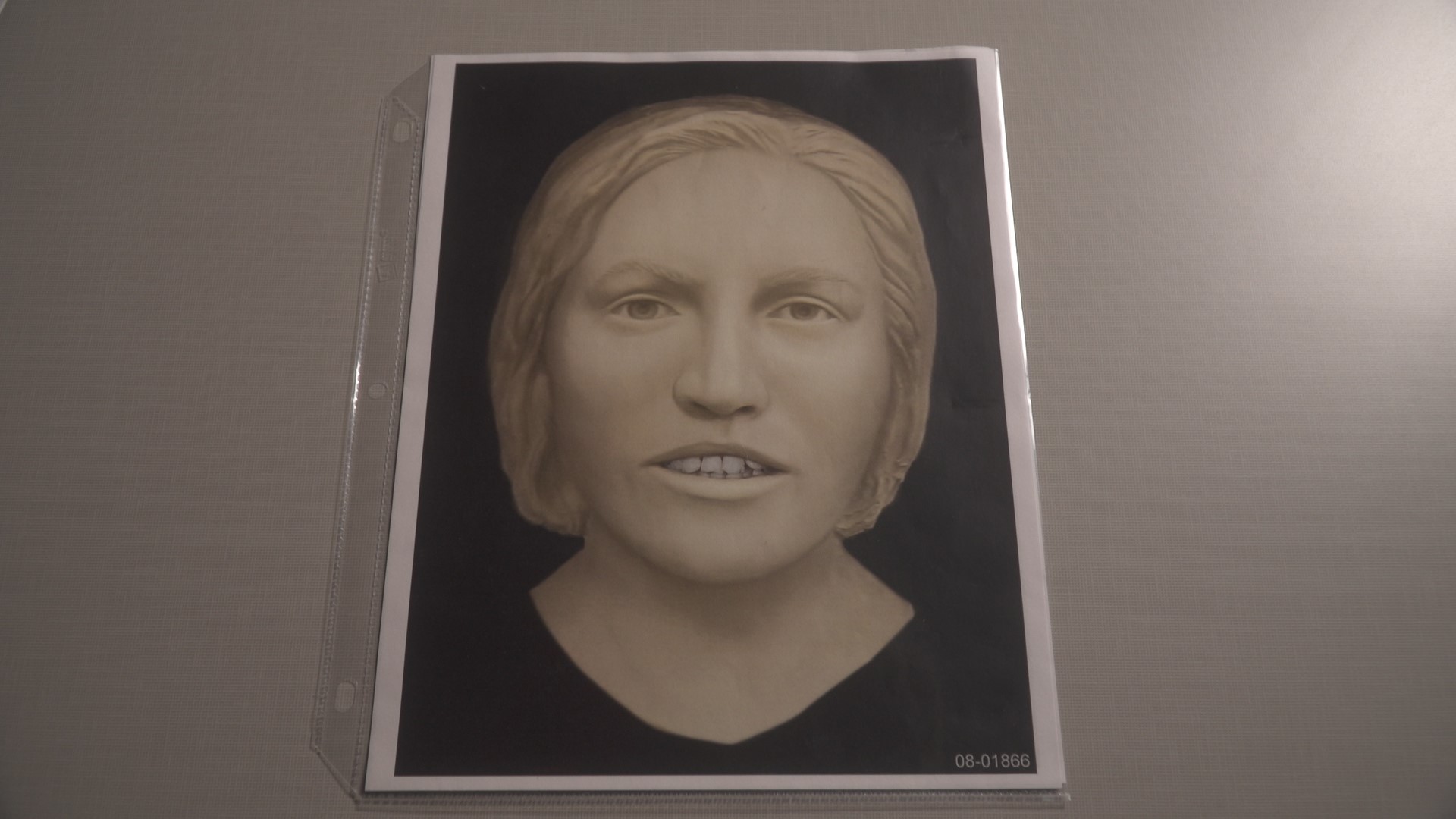 ISLETON, California — A fisherman made a gruesome discovery at dusk on March 29, 2008, on Tyler Island Road near Isleton.

He called 911 to report he had found bones underneath a discarded box spring.

It was late when Sacramento County Sheriff's deputies got out there. A little pathway to the levee led them to the remains buried beneath the old box spring.

"We could tell the body had been under the water at some time or another," said Micki Links, an investigator with the Sacramento County Sheriff's Cold Case Homicide Unit.

They didn’t know how long the body had been there until the box spring was examined. Vegetation suggested the body was left there years ago.

"The victim was probably killed at fall of 2004. So that put it at almost four years that the body had been there," Links said.

Links has since come back from retirement to work cold cases but back in 2008 she was a deputy responding to the scene.

"The main thing is to try and figure out who this person was. There was no identification or wallet," Links said.

An autopsy of the remains showed the victim was a woman, between 25 and 35 years old. When she was found, she was fully clothed.

"She did have a Grateful Dead sweatshirt on. It was a cold time of year. Clearly, it was cold," Links reiterated.

The skeleton was also found wearing a River Delta Fire District sweatshirt. Surely this was a lead, Links thought.

"Did they have anybody that went missing? Someone who graduated or dropped out of their program? A female?" she asked.

"When you don’t have that information it makes it very difficult," Links said.

The remains found off Tyler Island Road in 2008 belong to a Jane Doe since no one has come forward to identify her. It could be because the last person she was with, killed her.

Detectives found evidence out at the scene that suggests someone either killed her out there or dumped her body there.

The sheriff’s office cleared 250 names of missing people and got hundreds of tips in this case. Still nothing.

An FBI rendering is the most hope they have besides someone calling in with new information to help them identify this Jane Doe.

"There’s just not enough information honestly. The DNA and genealogy is one of the ways hopefully we can figure out who she is," Links said.

WATCH ALSO: Why homicides are spiking in Sacramento and what’s being done to prevent future violence