Why cleaning out your dryer vent can prevent a house fire

Sacramento Fire Department says the majority of house fires start in the kitchen, garage, or the laundry room, but many people still don't recognize the danger their dryer vents pose. 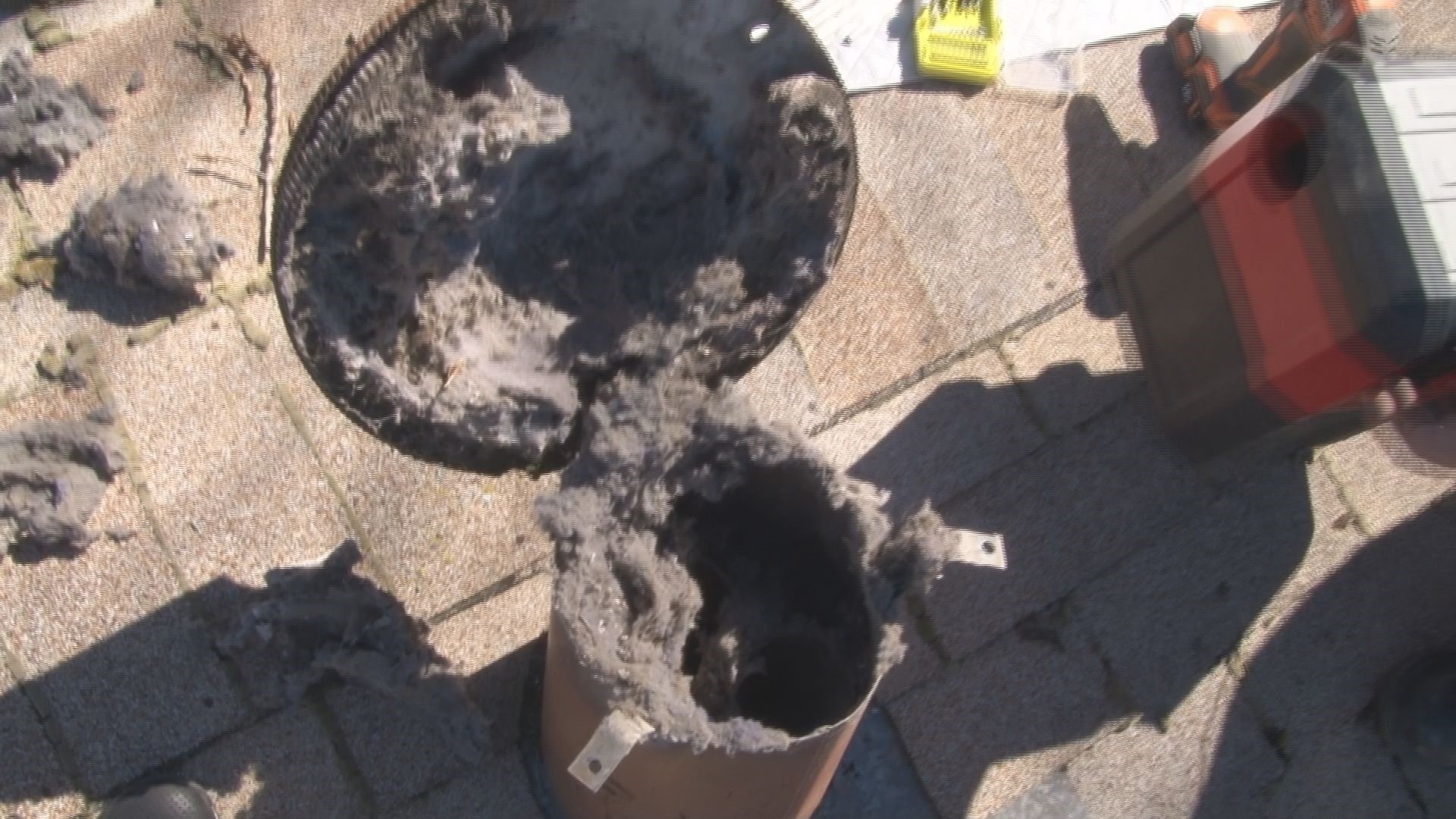 SACRAMENTO, Calif. — The Sacramento Fire Department says the majority of house fires start in the kitchen, garage or laundry room, but many people still don't recognize the danger their dryer vents pose.

Kris Griffith lives in South Sacramento. She recently purchased a dryer and couldn't figure out why it didn't seem to be working. She called the company who made the product, and they told her she should check the vents.

"I never think about my vents other than the vent on the actual dryer," explained Griffith.

Fortunately, her brother, Warren McCray, is a handyman with a background in vent cleaning. He stopped by her home to check out her roof-top vent.

The mushroom-shaped metal chimney structure had lint visibly protruding from it. McCray said it looked like the culprit.

When he removed the lid, the vent was jammed, packed with years of lint build up. It was totally clogged.

McCray used a dryer duct cleaning brush to sweep the vent, cleaning from the top down. He went inside the house, moved the dryer, and detached the hose from the wall.

He repeated the same procedure snaking the ducts from the bottom up before he vacuumed the accumulated lint. In total, he removed multiple pounds of the fluffy, gray material.

"I'm looking at all this lint plugging the vents," said McCray. "So the heat and the air and the moisture can't come out of the dryer when they're drying their clothes. It's got to go somewhere, so this is a huge fire hazard."

Sacramento Fire Department said they recently put out a dryer fire as recently as Monday morning.

McCray added that most people should consider clearing their vents at least once a year. He said the brushes can be purchased online or at a hardware store if anyone wants to do it themselves.

Police have exhausted every lead in this case and still have no suspects after a family of three was killed in their home on Mother's Day 2018.