72 people have been killed in the span of nearly 10 months across both the city and county of Sacramento, including a 9-year-old, a 17-year-old, and an 18-year-old. 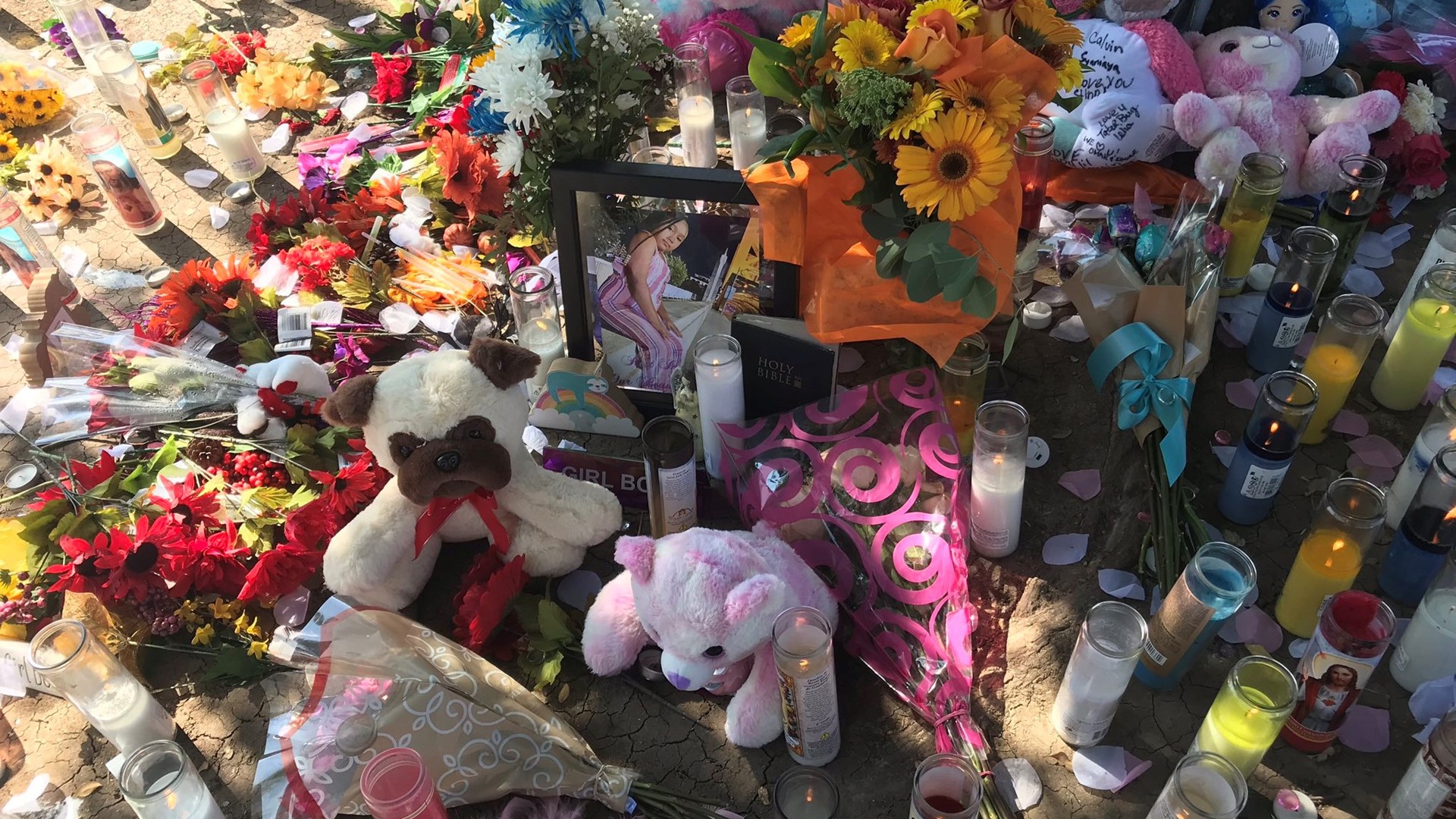 SACRAMENTO, Calif. — Homicide numbers are on the rise in both Sacramento County and the city of Sacramento after a number of brazen shootings across the area.

Makaylah Brent, 9, was killed in a drive-by shooting while playing at Mama Marks Park earlier in October, one of the most recent and perhaps most public murders in broad daylight.

A striking trend of killings in broad daylight continued the same day Makaylah was killed as 17-year-old Jalyn Betschart, a star quarterback at Sacramento High School, was shot and killed in his car before crashing into a light pole.

"I think Sacramento is a great city but I think it really needs to take a look in the mirror," Ken Powell, the Dean at Sacramento High School, said. "These things are getting out of control and I don't see an end in sight."

Jalyn and Makayla, separately, became part of the numbers.

"It's kind of like a perfect storm," Chief Daniel Hahn of the Sacramento Police Department said.

Lately, Hahn's officers have been focused on getting more guns off the streets and redirecting resources.

"We have got to do something different. We can't just keep having these cries for help," Hahn said.

But things are no different in Sacramento County. According to the Sacramento County Sheriff's Office, their numbers are exactly the same as the city's, with 36 people killed in homicides so far this year within county boundaries. At this time last year, that number was 32. Meaning, a total of 72 people died by homicide across both the city and county so far in 2020.

"A lot of these are occurring in broad daylight, in crowded areas. Unfortunately, you have a lot of innocent bystanders who might get caught up and be collateral damage," Sgt. Rod Grassmann, a spokesman for the Sacramento County Sheriff's Office, said.

But those daylight murders continued to happen. On Tuesday, Oct. 20, a 24-year-old man was found dead in his car with multiple gunshot wounds in a Food Maxx parking lot near Antelope Road and Watt Avenue around 10 a.m.

Back in July 2020, 18-year-old Zarrie Allen was killed just after 5 p.m. while visiting a gravesite. At the time of the shooting, the sheriff's office told ABC10 south Sacramento was in the middle of a so-called gang war. ABC10 asked if that gang war is still happening three months later.

"I don't know that I can say that we're in the middle of a gang war in this moment, but what I can tell you is that homicides and violence associated with gangs is always prevalent in the community and that it's always a fixture here," Grassmann said. 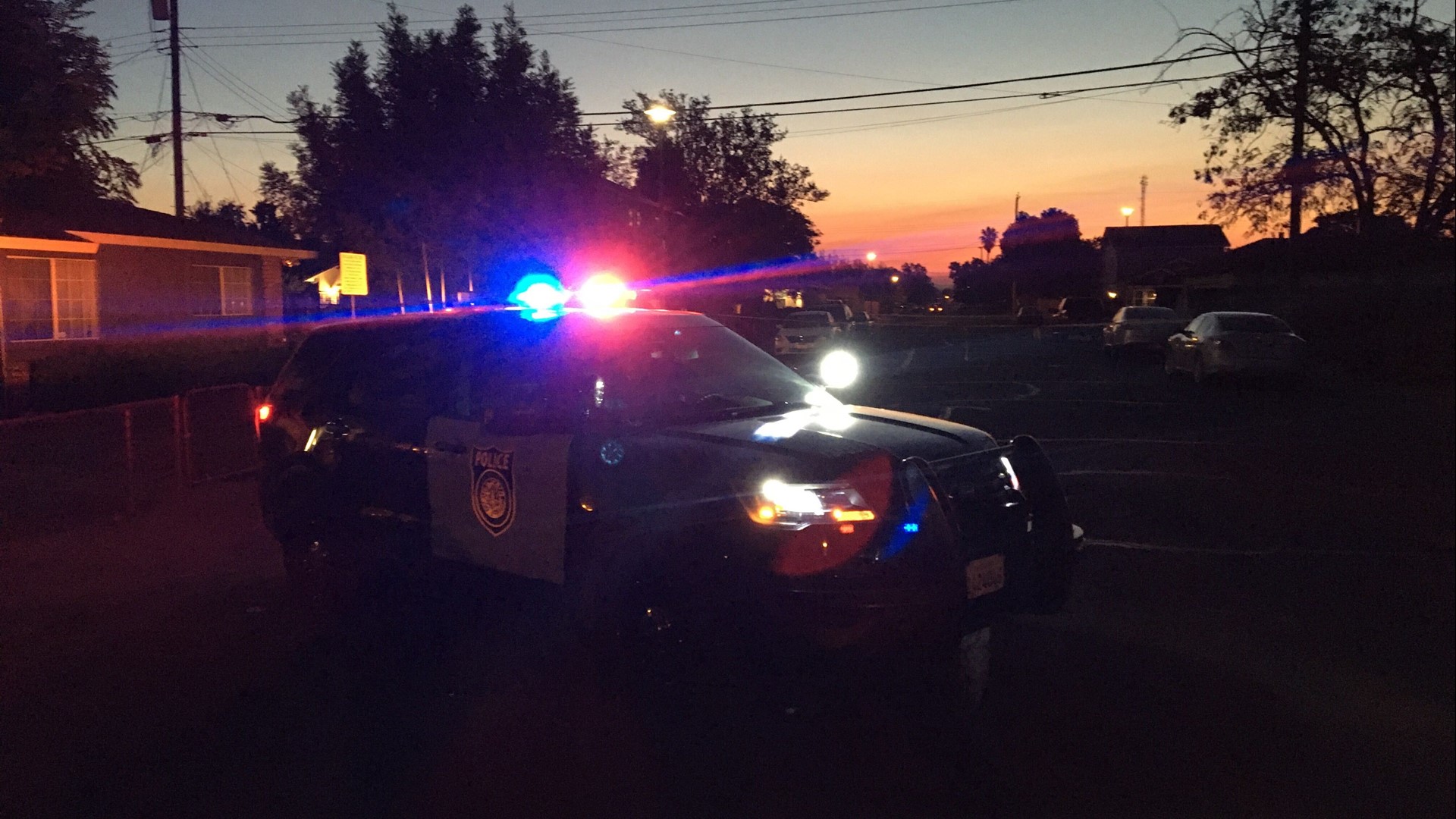 "Because you could have a couple of years of non-violence, and no homicides, and one incident could spark something between two gangs and you'll have 10, 15 in a couple of weeks," Mervin Brookins, founder of Brother 2 Brother, said. "That doesn't necessarily reflect the temperature of the city as opposed to one incident."

ABC10 took these numbers to the community to get a deeper understanding of what's happening. They told us the solution to ending this violence starts with the youth.

"The boys in our neighborhood have it bad. They have it so bad to where they might be the man of the house, so they go out at 13, 12, sell drugs because they want to take care of their mother or brothers or sisters," Aaron Cardoza said.

Cardoza is a mentor for Brother 2 Brother, focused on improving the lives of at-risk youth, a role he took on after spending 10 years in prison.

"I want to be able to come into contact with as many kids as I can, that is going in the same route that I went," Cardoza said.

They developed Brother 2 Brother in north Sacramento for areas like Del Paso Heights, but city leaders asked them to expand to the south, where they started the same program with folks already embedded in south Sacramento neighborhoods. They called it U-Turn Mentoring.

"Our focus is to try to resolve the gang wars and the gang violence because that has the potential to take many lives," Brookins said.

Chris Cooper is no stranger to that violence after growing up off of Mack Road and Center Parkway. He's now with the Health Education Council. On top of being invited into virtual classrooms to do mental health check-ins with teens, they oversee a group made up of nearly 20 organizations across the community focused on reducing violence.

This group has been quietly meeting once a month to strategize for nearly seven years now, but he says there's still more work to be done.

"We need a multidisciplinary, multisector approach, to making sure that there's all hands on deck," Cooper said.

From all of these programs across the area, the one thing we continued to hear was that the solution to ending the violence won't come from law enforcement or even elected officials. It comes from within the community.