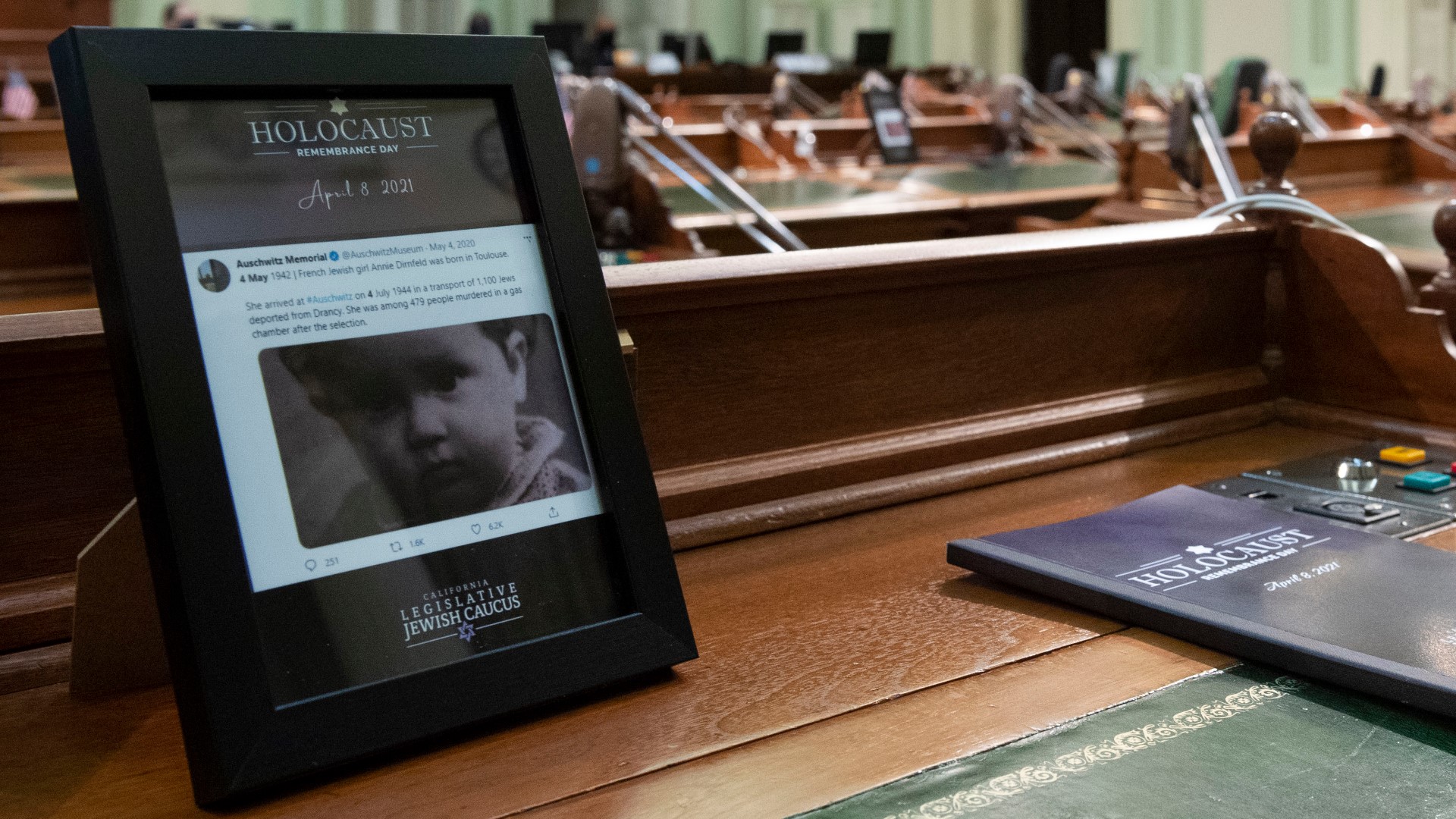 SACRAMENTO, Calif. — As the United States and the world paused Thursday for Yom Hashoah, or Holocaust Remembrance Day, Jewish leaders in Sacramento said it is as important as ever that the six million Jews and countless others who were killed by Nazi Germany are never forgotten.

"We remember so that we can both honor those people and also move forward and into what we hope will be a more just world," said Nancy Leaderman, head of school at Sacramento's Shalom School.

Age-appropriate Holocaust education begins early at the Shalom School. The younger students participate in activities that emphasize the value and dignity of all human beings.

"We want the children to understand that the kinds of injustice and persecution that fueled the Holocaust are unfortunately alive and well, all over the world today and that it's our responsibility to fight against that whenever we see it," Leaderman said.

A framed photograph of one Holocaust victim from the official Auschwitz Memorial Twitter feed was provided to every member of the state legislature.

"It was this very powerful moment for me, as I'm looking at this picture of the four year old, and all I could think about is my son, and my kids and my family," Gabriel said. "So things like that to personalize it, I think are a really powerful way to help people remember the victims and understand the enormity of what occurred."

At Shalom School, some of the younger students may never meet a Holocaust survivor. As such, Leaderman believes the school has a responsibility "to make sure that our children and their children's children remember."

Bernard Marks: Remembering the life of a Sacramento holocaust survivor