Is there anything you can't do with duct tape? DIY boaters prove that the answer is 'no.' 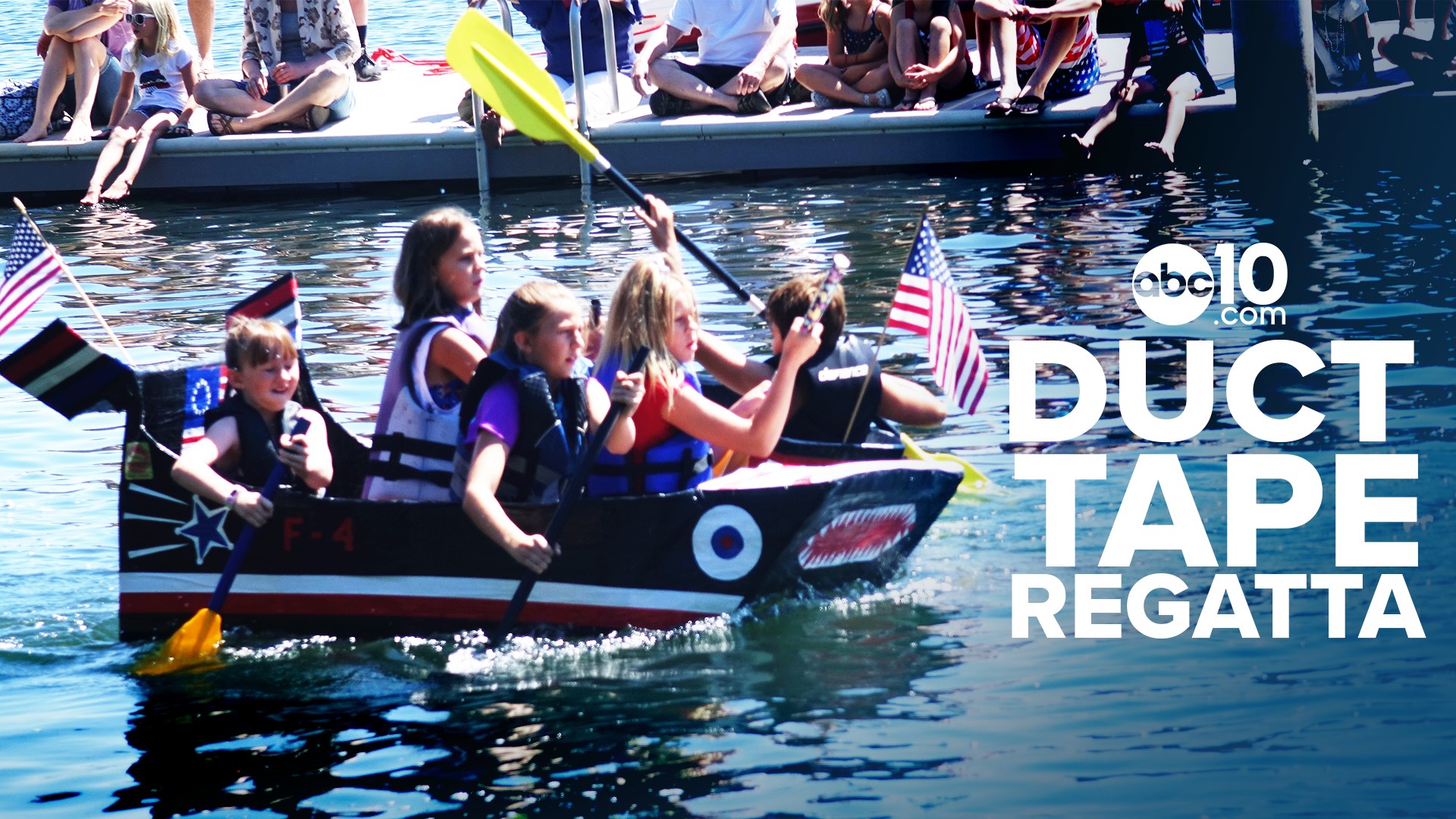 LAKEPORT, Calif. — Not all Fourth of July celebrations are created equal, especially the celebrations in Lakeport on Clear Lake.

For the past 14 years, the Lakeport Yacht Club has been holding the Cardboard and Duct Tape Regatta, a race for boats made out of duct tape and cardboard.

Event announcer Bert Hutt has been judging the race since its conception and said the rules have not changed.

“There’s no real rules. You can push, bump, or pull. First one to get back in their boat wins,” said Hutt. However, he did add that the race is all in fun and no one gets hurt.

If staying afloat in a cardboard boat isn’t hard enough, the racers also have to navigate a series of buoys. Basically, the boats make a figure eight the length of a football field.

There are three heats for different age groups. Kids as young a six often pile into the duct tape boats, and, because of their weight, they often do well.

Credit: ABC10/KXTV
A group of young children get ready to race in the annual Cardboard & Duct Tape Regatta.

As you can imagine, duct tape and cardboard are not the most seaworthy materials. That said, the water where the race takes place is just a few feet deep.

“Someone always sinks. I have seen people carry their boat back in their arms or on their shoulders,” said Hutt.

The boats come in all shapes and sizes. Some are well-crafted, others very simple. In the end, completing the race is a gamble. Winners get a trophy and bragging rights. Losers get to say bon voyage to their sinking ship and dump their boats in the city garbage truck.