The building was built in 1935 and has seen a few repairs through the years, but with new tenants about to move in, new construction is a must. 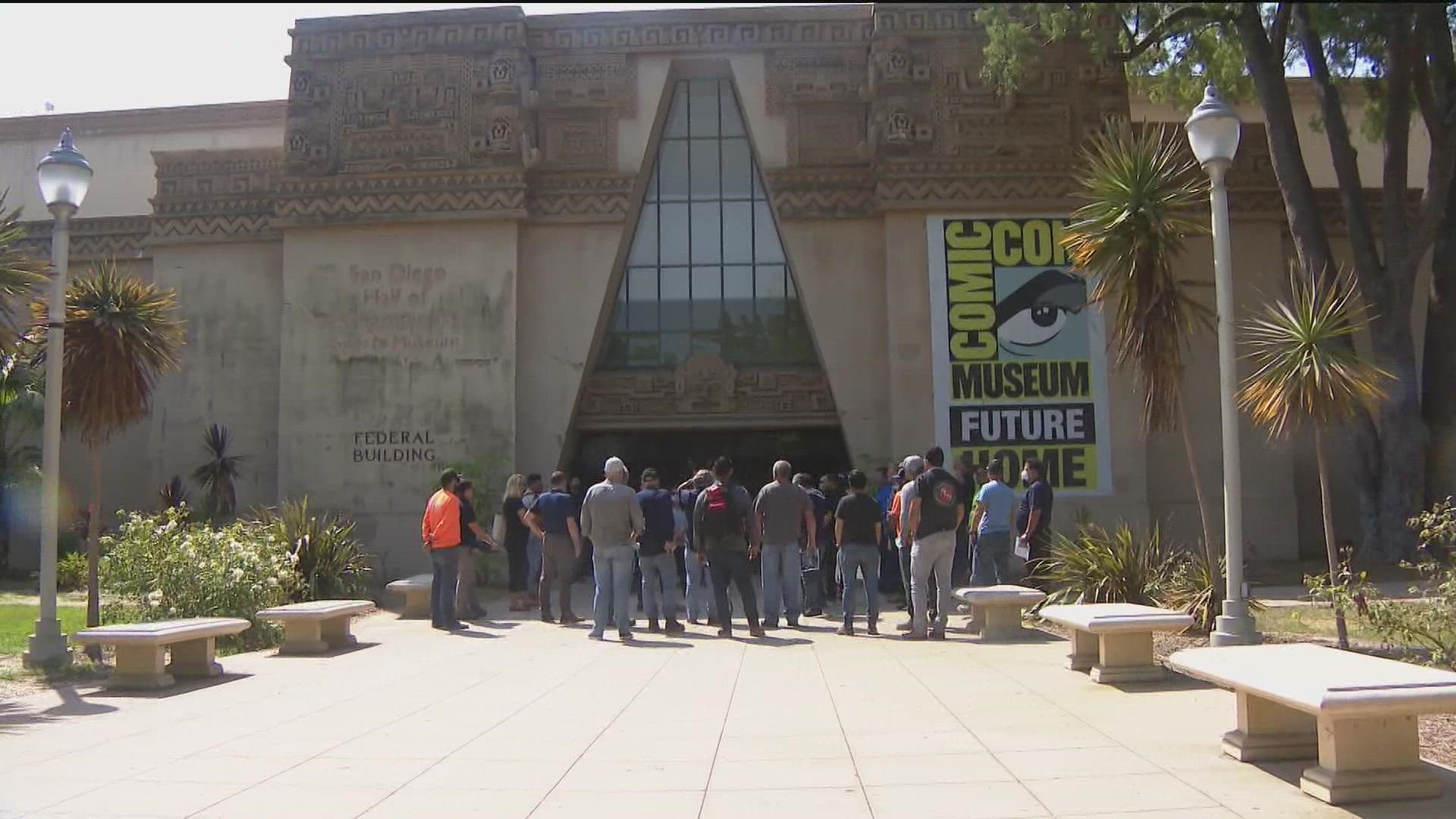 SAN DIEGO — Typically every year, thousands of fans pack the San Diego Convention Center for Comic-Con, but starting next month, the magic and excitement of the pop culture festival will live in Balboa Park every day.

"There is such a demand for people to come to Comic-Con and every year we have frustrated fans. They can't get in because it sells out," said the director of the San Diego Comic-Con Museum Rita Vandergaw

Since 2017, the organizers of the yearly festival dreamed of a space where comic books and superheroes could come to life for the visitors of Balboa Park. The San Diego Hall of Champions building in the Palisades area became vacant and Comic-Con swooped in, hosting an interactive Batman exhibit in 2019.

Credit: Comic-Con®
The outside of the Comic-Con museum as it looked in Sept. 2021

But after the pandemic set the grand opening back a year, the first phase of construction began earlier this summer and the soft opening deadline at the end of November is coming up fast.

"It's 10 and a half weeks away," says Vandergaw. "Every day we mark up a day on the calendar and say, 'OK, what have we got left to do?' And the list doesn't get a lot shorter."

The building was built in 1935 and has seen a few repairs through the years, but with new tenants about to move in, new construction is a must. The Comic-Con Museum is responsible for the interior, while the City of San Diego is responsible for the costly, exterior fixes like a $2-million repair of the leaky roof. For the other fixes, the city teamed up with Roger Showley and the Committee of One Hundred, an organization that preserves the buildings of Balboa Park.

"As you can see, the exterior needs a lot of TLC; the painting, the plaster, the general condition of it is kind of unkempt" says Showley

The committee is taking donations through a GoFundMe for paint supplies, hoping to make the Comic-Con Museum the latest gem in the crown that is Balboa Park.

"Some people will call it the Smithsonian of the West because of all the institutions here. So we're just doing our part from our all-volunteer standpoint to help out as much as we can," said Showley

As for what we can expect when the doors of the museum finally open in November, Vandergaw knows but is keeping the surprise a secret.

The Comic-Con Museum is opening on November 26, 2021, but the building in Balboa Park needs a new paint job. A big thank you to the Balboa Park Committee of 100 who has started a GoFundMe for this project. If you’d like to donate click here: https://t.co/QEtdVRwNid