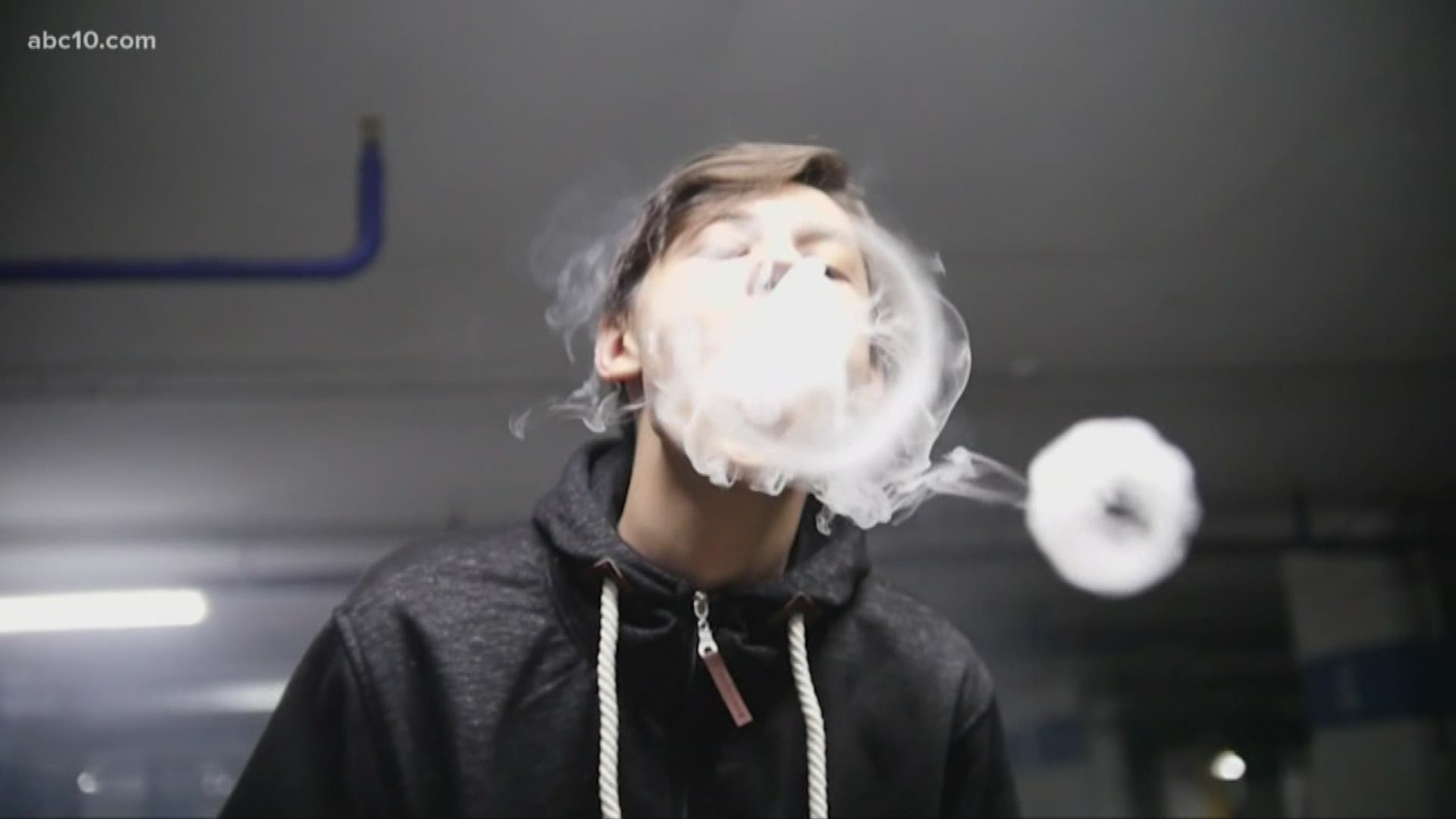 SAN JOAQUIN COUNTY, Calif. — As the White House moves to ban some flavored e-cigarettes, the San Joaquin County District Attorney is trying to crack down even harder, banning all e-cigarette sales in the county.

San Joaquin County District Attorney Tori Verber Salazar told ABC10 that she’s already told the county board of supervisors her plans of proposing an ordinance and hopes that to have a proposal for the ban within a year. The proposed ordinance would have to be approved by the board.

While the process begins and moves along, she’s asking local businesses to voluntarily stop selling the products, especially flavored tobacco. “I know it’s a hard thing to ask for, but many people, mostly parents, are in support of the idea,” she said.

Verber Salazar says health concerns and direct marketing to youth are only part of the problem of a nationwide epidemic. “The industry is directly targeting our youth, they sell their products in strawberry, peach and mango flavors, it’s enough,” she told ABC10.

Recent federal government estimates show about five million children in the U.S. are vaping, including more than a quarter of high school students. Verber Salazar is also asking for help from other county jurisdictions to tackle the issue, calling on all counties in California to seek a state ban on e-cigarette sales.

The National Institute on Drug Abuse reported late last year that the percentage of high school seniors who admitted to vaping during the previous year had spiked to 37.3%, almost 10 percentage points higher than a year before. The report also shows more than 10% of 8th graders reported vaping during that time.

The Food and Drug Administration plans to ban popular fruity flavors, and menthol and mint e-cigarettes from stores and online sellers. The administration’s strategy poses a threat to a fast-growing market that is expected to reach $9 billion in sales this year.

Some cities and counties in Northern California already have bans in place. Early this year, Sacramento banned sales on flavored tobacco. Starting January 1, 2020, stores will no longer be able to sell flavored e-cigarettes, hookah, cigarettes, chew or any other flavored tobacco products.

A similar ordinance was also signed in San Francisco in June. It is scheduled to take effect in late January and would suspend the sale of e-cigarettes that have not been reviewed by the Food and Drug Administration.

At a county level, the Sacramento County Board of Supervisors is considering banning the sale of flavored tobacco products within the unincorporated areas. Placer County also banned the use of e-cigarettes and vaping in all public buildings and inside county-owned vehicles. The ordinance took effect in 2015.

Reaction at the local level comes as The White House plans on tackling the issue as well. The alarming numbers prompted President Donald Trump Wednesday to announce crackdown on most vaping products in the market, citing growing concerns about health hazards and rising use by teenagers of the trendy alternative to traditional cigarettes.

“We need to do it for our youth,” Verber Salazar said.