Nearly 2,000 people took part in the march, according to Wes Samms, the event's organizer. 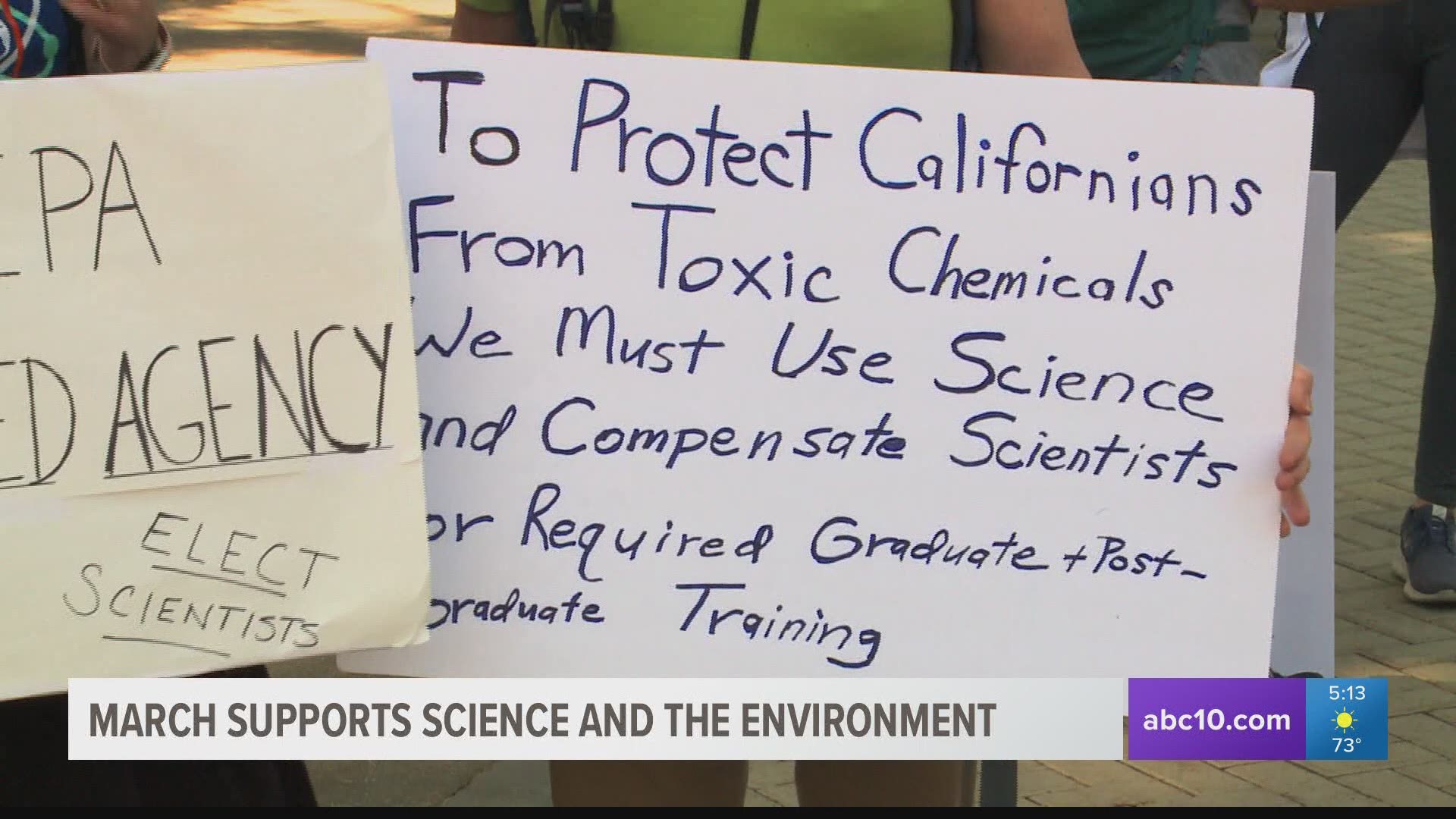 Thousands of people across the globe participated in the second annual March for Science -- including several protestors who attended the march in Sacramento.

With their loud voices and signs, science advocates marched to the capitol to send a message to lawmakers.

"People are out here for March for Science today to take a stand for fact-based policy. Our government is not listening to what climate scientists are saying about how humans are impacting the environment and the atmosphere," said the event’s organizer, Wes Samms.

According to Samms, nearly 2,000 people took part in the march.

“The turnout was lower this year,” said Samms. “Last year we had 12,000 people here approximately. Trump had just pulled out of the Paris climate accord, so nationally there was a ton of attention on this issue."

Despite a decline in attendance, Victoria Ramer, biochemistry major at UC Davis, says she remains hopeful more people will join the demonstration next year as the push for evidence-based policies continues.

"I was at the women's march there were thousands and thousands of people here. This entire place was full, and it would be amazing if one day we could see that because science really is about the entire population. The entire world," Ramer said.