Sheriff Jones shares why he brought the ICE director to Sacramento 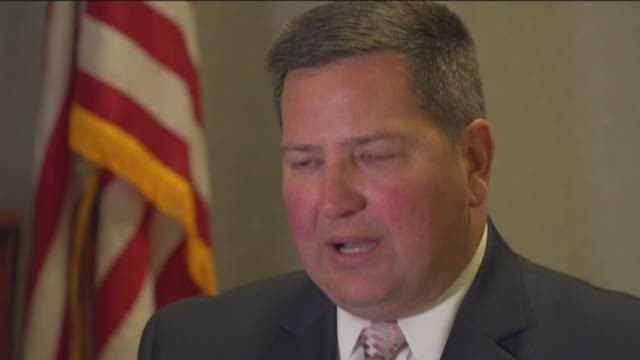 In response to the forum Sacramento Mayor Darrell Steinberg and Sacramento City Councilmember Eric Guerra organized a "Unity Rally" protesting the visit outside of the forum. These local officials want Sheriff Jones and the community to know that Sacramento is a sanctuary city and they want to keep it that way.

ABC10 sat down with Sheriff Jones before the forum to discuss why he thought the event would be beneficial to the community despite the opposition.

"I wanted somebody that could speak for ICE and get factual information," said Sheriff Jones. "It may not be what you want to hear, you may hate it, but is the truth and hopefully it will clear up some conflicting information."

The forum is not something planned to address anything new, but to clear the air.

"I've been portrayed horribly, like I split up families and like I'm a Trump guy, and we're all buddies, but the reality is we have never and never will enforce immigration law in our community," he said. "We never have asked anyone what their status is and we never will we never ask for proof of citizenship."

The Sheriff said his deputies go to undocumented households everyday and have never asked for documentation.

"I am empathetic," he added.

Jones said he's not talking about undocumented people that are working here and contributing to society, he wants to help get undocumented felons out of the U.S.

"It's the people in the jail, the people that choose a career of crime, we have to get rid of those folks," he said.