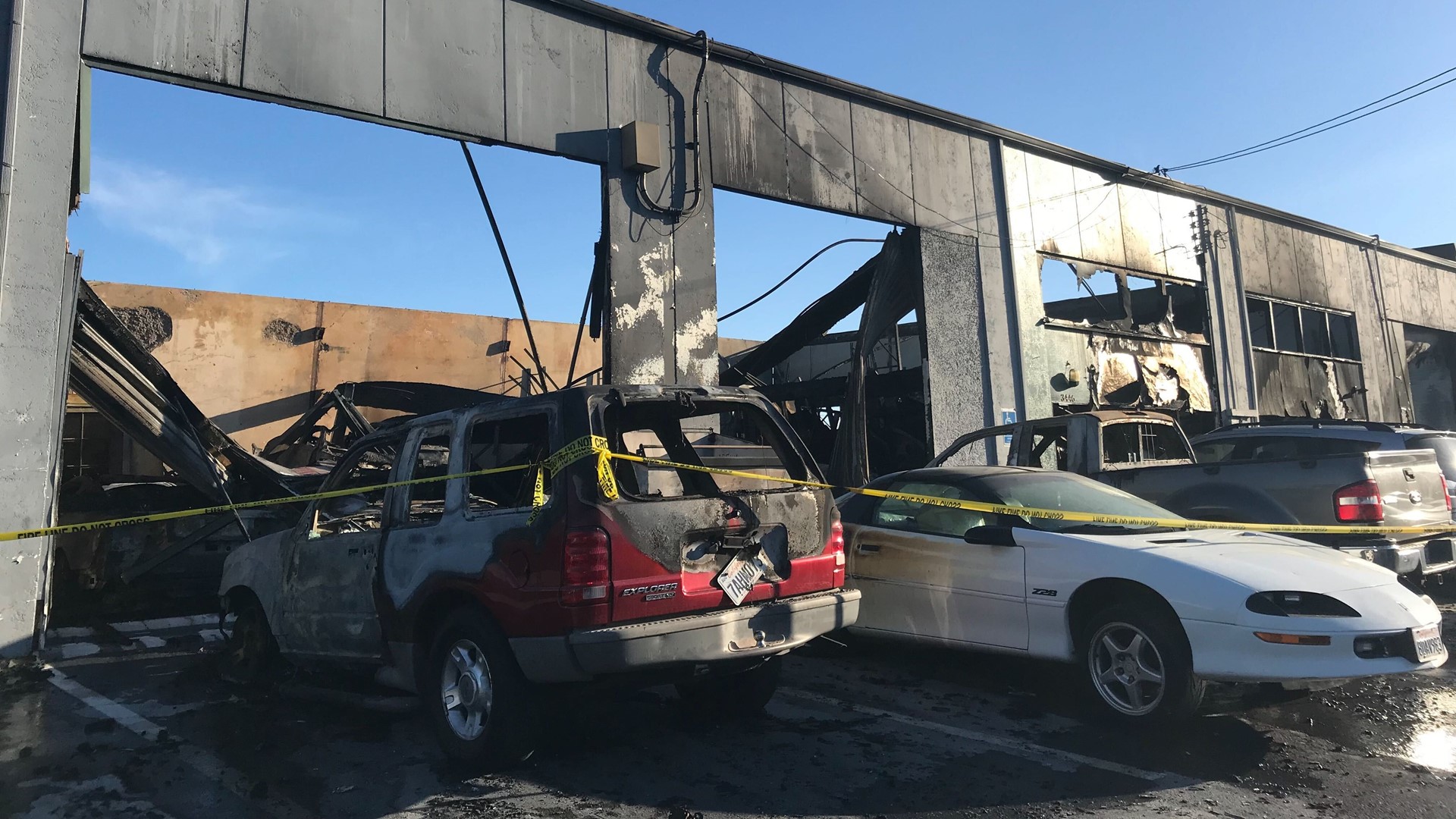 SACRAMENTO, Calif. — A massive five-alarm fire in South Sacramento that required resources from across the region wiped out multiple family-owned businesses on Monday night.

Four of the nearly 200 firefighters who fought the fire near the old Campbell Soup plant on Franklin Boulevard and 47th Avenue had minor injuries and one was taken to the hospital.

Carlos Leon, a business owner said he "saw big flames, super high" as his warehouse was nearly torched. Leon, an immigrant from El Salvador, owns an importing business that backed right up to the flames. Aside from some damage to the back, firefighters were able to save his business, but several of his neighbors weren't so lucky.

"It was just right here, it was really close," Leon said.

No injuries to any civilians were reported. This incident is ongoing and under investigation. Anyone with any information is encouraged to contact the Arson Tip Line at 916-808-8732. pic.twitter.com/W3O7Kccpnj

Multiple auto body shops were damaged along with an entire property that was once filled with wooden pallets. La Barata Furniture also lost its warehouse stocked full of inventory.

The Franklin Boulevard Business District says many were immigrant-owned and lost everything.

The Sacramento Fire Department said they struggled to put the fire out because of water pressure issues in the area. They say they had to roll hose nearly a mile away.

"It is a water issue, we're in the unincorporated area, so we're doing very low water pressure and we have a high fuel level," Sacramento Fire Chief Gary Loesch explained the night of the fire.

Jimmy Anderson, a resident in the area, stayed up watching the fire, just in case it moved toward his family's home.

"This is stuff that they've got to test and make sure stuff is running right and knowing that that happened, they should jump on it and say 'OK, what can we do to prevent this,'" Anderson said.

The cause of this fire is still under investigation, but officials say they have no reason reason to believe this is related to protests happening downtown.